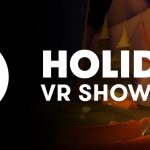 Earlier this year the folks over at Upload streamed a “Nintendo Direct like” press event at E3. They are back again to share more news on games coming to PSVR, Oculus Quest and PC VR platforms. The Upload VR Holiday Showcase shared news and announcements for over 20 games. We have a roundup from everything at the event and the entire video stream below.

Beat Games Creators of Beat Saber Have Been Acquired By Facebook

Everything announced at State of Play September 2019