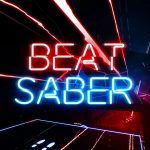 Beat Games Has Been Acquired

Beat Saber has become one of the biggest virtual reality games on the market. A rhythm game that makes you feel like a musical Jedi as you chop and dodge through obstacles. Beat Saber is essentially the VR version of Guitar Hero on steroids and is a sales juggernaut in terms of VR software. This is why today’s announcement should not surprise anyone. It was announced in a blog post on the official Oculus website that Facebook has acquired Beat Games. This is a big move by Facebook, who has been struggling to find an audience for their Oculus VR headset. While PlayStation VR has a lion share of the market, it appears that Facebook isn’t willing to give up. It appears to be quite the opposite as the most interesting quote from the press release is the following.

“We’re exploring many ways to accelerate VR, and we think next year is going to be an incredible one of VR game launches and announcements. We are thrilled to have Beat Games join our team. This is just the beginning.”

What does this mean for the VR market?

There is a couple of ways this quote could be taken. The most obvious is that Facebook will be looking to acquire more VR focused studios heading into 2020. While many VR studios are very small and ambitious, the games often lack major funding. If Facebook were to scoop up a handful of small teams and properly equip them, we could definitely see a huge step up in the quality of VR titles. With Valves announcement of Half-Life: Alyx which brings one of the biggest franchises in gaming to virtual reality. It is safe to say, that the virtual reality market is certainly shaping up to be hyper-competitive amongst themselves. It will be interesting to see how much of the casual market will adopt VR in the coming year.

What do you think of the acquisition of Beat Games? Let us know in the comments and don’t forget to check back for the latest gaming news and information.