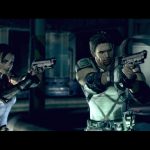 It has been an amazing year here at Lords of Gaming. The site launched, and through the support of countless contributing writers, editors, and content creators from around the world, we have made something to be proud of. We know that there are many websites that you can go to for your gaming news, opinions, and features, and we are honored that you have chosen to stick with us. We have great coverage coming throughout the next year of gaming, from on scene reporting from conventions throughout the year to complete coverage of the launches of the Xbox Series X and the Playstation 5. 2020 promises to be an incredible year that has built off a unique 2019. So without further ado, we hope you stay with us for 2020 and here are the winners of the Lords of Gaming 2019 Game of the Year.

Resident Evil 2 is one of the most terrifying games I’ve played in 2019 or any other year. Riveting, polished, engaging, it hits all the marks when it comes to a survival horror video game. Not only is it a quality game, but it also represents the continuation of Capcom’s rejuvenation this console generation. While some have argued that a remake shouldn’t qualify as game of the year. However, that is doing an incredible disservice to the developers that have worked tirelessly to recreate one of the most beloved series in videogame history and make it relevant again. This is no easy feat, as gamers have seen numerous legacy franchises fall to the way-side when developers attempt their modernization. Resident Evil 2 is everything we want from not just a remake, but from a survival horror game. It is well-deserving of being Lords of Gaming’s 2019 Game of the Year.

Control is a game that gets almost everything right. To me, every game is a 10 out of 10 and then you start subtracting for things that the game didn’t do well. I fawn over the games classic “Metroidvania” level design. It feels special to see something from 25 years ago done over with a modern look. It’s remarkable how they managed to fit it in with the story and combat.

There are so many other things Control accomplishes. The visuals that push consoles to their limits and bring ray tracing to the mainstream for PC. The mechanics that are on par with anything released this generation never mind, this year. The small team in Finland somehow managed to release a game with better force mechanics than the Star Wars game that came out 3 months later.

Remedy has told a story with voice acting and motion capture that is tantamount to Sony’s monster budgeted Death Stranding. Control isn’t perfect. I didn’t enjoy how the game started out, it just sort of begins out of nowhere. After that Control is absolutely solid all around and a worthy contender for Game of the Year.

Runner Up: The Outer Worlds from Obsidian Entertainment

From the moment I launched The Outer Worlds and sat idle at the title screen, I felt something special was about to take place. The music invoked feels of an epic space journey and I couldn’t wait to see the latest entry from Obsidian Entertainment. Simply put The Outer Worlds is the Fallout game we have longed for since Fallout: New Vegas and Fallout 3. Deep skillset trees, perks, flaws, and varied combat that is very rewarding based on the critical spots and weaknesses of your enemies. The range of characters and personalities in this game are very fleshed out and some downright hilarious.

The Outer Worlds has such a deep charm to its gameplay. The majority of quest decisions hold tremendous weight and consequences. The companions in the game hold firm to their ideologies and will interject in your personal interactions with others to provide feedback. The Parvati and Vicar Max characters remained in my party throughout my playthrough since they entertained me so much. Both characters had such differing and opposing views on corporations, religion, and morality. This level of engagement also reminded me of the Mass Effect series which is another favorite of mine. By launching in Xbox GamePass felt like an absolute steal to own based on sheer quality alone. The Outer Worlds was a very pleasant surprise and a worthy contender for Game of the Year in 2019.