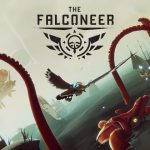 You are reading
PAX East 2020: The Falconeer Interview

The Lords of Gaming crew are coming in hot from the PAX East floor. The LOGNET crew interview Thomas to discuss their upcoming title, Falconeer. The game is an open-world focusing on air-combat that was influenced by titles such as Freelancer and Crimson Skies.

Players control a man mounted on a giant falcon with multiple ranged weapons. The game revolves around battling other Falconers, fantastical creatures, and imposing airships. The game features a quirky style, relying on minimalistic art while focusing on detailed atmospheric effects. Interestingly, the game is being developed entirely by Thomas alone. Be sure to check out the full interview below and stay tuned for further PAX East 2020 updates.