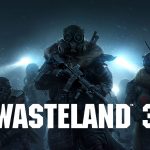 The Lords of Gaming are making their presence felt on the PAX East floor. The crew had an opportunity to try out 30 minutes of inXile Entertainment anticipated RPG Wasteland 3.

The company is considered one of the most influential RPG developers in recent times. After being acquired by Microsoft in 2018, inXile was able to further develop their vision for their upcoming post-apocalyptic RPG. Thousands of additional recorded dialogue lines and enhanced graphical improvements propelled Wasteland 3 into the creators’ original vision.

Combat is methodical and turned-based, the characters ooze with personality and your choices will really add to the role-playing immersion in the game. Wasteland 3  will release on May 19 on Xbox One and PC. The game will also feature co-op and be available day one for Game Pass subscribers. Check out the full preview below: