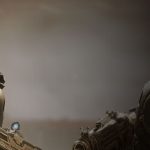 One of the most anticipated titles from Xbox Games Studios just delivered its launch trailer. Gears Tactics looks to deliver a new style game for the series, one that both Gearheads and strategy-tactile fans can both enjoy. The new trailer also details some key features about the upcoming game.

Gears Tactics [official page] looks to be based around the story of Lieutenant Gabe Diaz as he and his squad battle against the locust horde. In the trailer, it details several key features of the game that fans would be sure to note.

Gears Tactics releases on April 28th, 2020 for Steam, Windows 10 & Xbox Game Pass for PC. The game will launch on the Xbox consoles later this year.