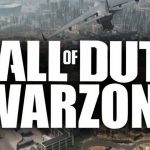 Call of Duty: Warzone has been a massive runaway success for Activision. To say it blew up past expectations would be an understatement. With over 50 million players just after one month since launch. This makes Call of Duty: Warzone one of the fastest moving free to play games ever. However, with this massive success all comes a variety of challenges. One of the biggest criticisms of Warzone has been the rampant cheating brought on by crossplay with PC. With many pro players and streamers revealing rampant cheating within the game, it was only a matter of time before Infinity Ward did something.

Today, Infinity Ward announced on Twitter that they had officially banned over 70k players from the game. This is only the beginning they teased. There would be continued efforts to improve in-game reporting. As well as upcoming security updates that the studio is working on to make cheating much harder. Cheating isn’t uncommon in free to play games, we saw this with both Apex Legends and PUBG. This was most notable with Apex Legends who banned a whopping 700k players in the first three months of the game’s launch. Infinity Ward no doubt has a long road ahead of them as Warzone continues to grow and prosper.