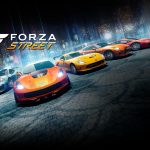 You are reading
Forza Street is out now on mobile devices

Forza Street has landed on mobile devices globally. The free to play racing game is ready to keep you glued to your mobile devices. The news was announced earlier today on the Xbox Wire site. This new Forza experience is meant for places who love to race on the go, even right now when everyone is stuck at home.

If you join in the fun now you will be getting a Founding Pack that includes a special car, as long as they play by June 5th, 2020. The cars will change depending on the which in phone store you use. Players that use the Samsung Galaxy will be receiving a 2015 Ford Mustang GT with a custom paint job. If you own the newest Galaxy S20 device than you will be getting a 2015 Chevrolet Corvette Z06 custom skin and in-game gold. Every other play will receive the 2017 Ford GT and some in-game gold. The running theme behind these packs to get you in the game now.

Look for in-game events and special themed events that will constantly be changing. The idea behind Forza Street is to get players back in on street racing, winning, and climbing the leaderboards. We can only hope this isn’t as broken as Gears POP can be. Yes, this game does feature 1000 points in achievements for those who are on the hunt to boost their gamerscore. If that last part didn’t entice you to play here are all the links to each store that you can download the game from. Now you don’t have the excuse you can’t find a link.

Take a look at our story on Halo 2 Anniversary coming to PC Game Pass and Steam. Don’t forget that on May 7th Xbox will be showing off some of the upcoming third party games coming to the Xbox Series X.