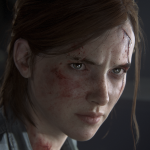 PlayStation developer Naughty Dog has released a new The Last of Us Part II story trailer.

Posted on Naughty Dog’s Twitter is a teaser along with the date and time for when the trailer will drop. Eager eyes and excited fans can catch the new trailer here:

The new trailer comes just after the game officially went gold on Monday, announced by Naughty Dog’s vice president Neil Druckmann. This means the development team has fully completed internal production on the game and will begin physical production.

See More: Why The Last of Us Part II Can’t Just Launch Digital Only In 2020

Despite the load of spoiler-filled leaks that dropped last week amid other drama, Naughty Dog is staying hopeful. If they weren’t, fans sure are, as the game recently topped Amazon’s bestseller charts when the game became available for pre-order. While it’s hard to estimate how well the game will do, many are still excited for the Naughty Dog’s next big game.