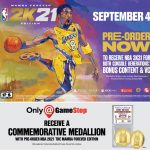 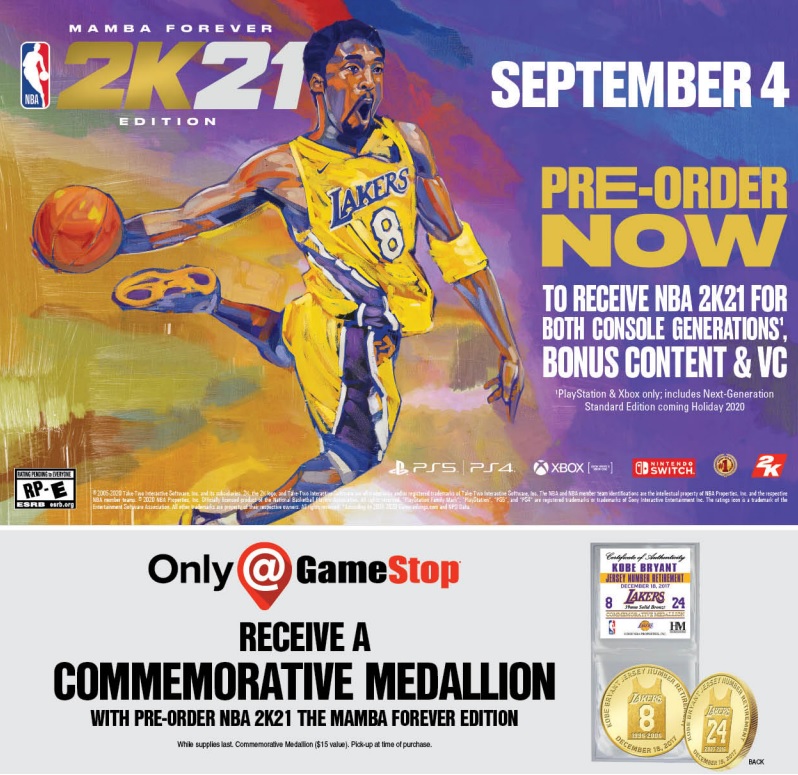 Gamestop’s weekly flyer has spilled the beans on what appears to be an attempt of goodwill by 2K. Pre-orders of the NBA 2K21 Mamba Forever Edition will now include a free upgrade to the PlayStation 5 and Xbox Series X versions. Back in July, 2K generated some negative next-gen buzz by announcing that NBA 2K21 will not receive a next-gen patch neither free nor paid. In addition to that, Xbox Series X and PlayStation 5 owners would have to pay $70 for improved versions of NBA 2K21.

There is a fair chance that this does not go over well with fans. It could be seen as taking advantage of the tragic death of cover star Kobe Bryant. The NBA legend was killed in a helicopter crash on January 26th. He was accompanied by his 13-year-old daughter and 6 other passengers.  However, it is a path for owners of the game to not have to double-dip. Unlike what we saw this past week from 505 Games and Remedy with Control and its transition to next-gen consoles. Without a universal path to upgrade, 2K has put themselves in a lose-lose situation.

With that said, the counter-steering we are seeing from 2K might be a shift in momentum away from the $70 price point. An increase some insiders believe the next generation will eventually move to. After 2K announced their price it came as a surprise, that no other major publisher followed them to the $70 price point.