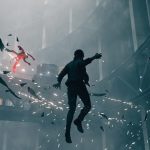 There is no doubt that when 505 Games announced the Control Ultimate Edition, there was some controversy surrounding the game. While many developers and publishers have been championing giving free next-generation upgrades to their fans. From Ubisoft with Rainbow Six Siege, to even EA giving customers a limited time to upgrade. 505 Games revealed that the previous owners of the game would not ne getting the free next generation update.  Whether it was the digital deluxe, or standard version of Control, if you didn’t buy the Ultimate Edition you did not get the free upgrade path to the next generation.

This was met with an outcry from fans of the game. 505 Games reacted to this outcry by putting out a bizarre blog post that cited there were technical back end issues as to why they couldn’t do this upgrade. Citing “The upgrade path that we are offering is only possible when upgrading from the same version of the game”. However, this has now been proven wrong by a massive blunder by the publisher.

Members in the gaming forum Resetera realized that suddenly they had become owners of the ultimate edition without purchasing the product off of the PSN store. Many of these people already owned the digital deluxe edition of the game for context. This lead some people to be optimistic that maybe 505 Games had walked back their decision in regards to the upgrade path. However, this was quickly disproven because as quick as this upgrade had happened. It was once again removed, as many found themselves back to their digital deluxe versions of the game with an option to purchase the ultimate edition. A truly bizarre situation to say the least.

This whole rollout has been a disaster and has done damage to 505 Games’ reputation. After a handful of confusing posts, and brushing off fans’ complaints. To then turn around and accidentally update owners of the game to the ultimate edition. Then to walk back that mistake without even saying a peep, is bizarre. Remedy’s fans deserve better than this and it will be interesting to see if 505 Games makes a statement in regards to what happened.