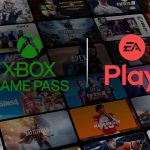 Today, the official Xbox Game Pass account revealed this information in a usual joke styled tweet. EA Play will officially be rolled in your Ultimate membership on November 10th if you play on console. This coincides with the release of Xbox Series X and Series S. This makes a lot of sense to bundle this new addition on the launch day of your new consoles. However, it is important to note that PC players will have to wait just a little bit longer. With no official concrete date at this time, it was announced that PC support should be coming officially in the month of December. Most likely, PC players may have to wait for just a little over a month for support to hit the platform.

We have some important EA Play related news to share with you todayhttps://t.co/5Zzp2ZZ6Q3 pic.twitter.com/70QerIFoO2

Will you be trying out EA Play as part of your Xbox Game Pass Ultimate membership? Let us know in the comments and don’t forget to check back for the latest gaming news and information.