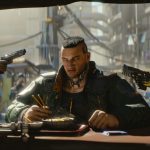 To say that Cyberpunk 2077 is one of the most anticipated titles of this year is an understatement. The upcoming game from CD Projekt Red, is a step in a new direction for the studio. The developers behind The Witcher series, have found massive success this generation with the release of The Witcher 3: Wild Hunt. Which is often considered to be one of the best RPGs of this generation. However, in a new report, it appears that employees may have to crunch in order for the game to make its November 19th, 2020 release date.

In a report from Bloomberg via Jason Schreier it appears that CD Projekt Red will be mandating 6 day work weeks. As the launch date for Cyberpunk 2077 inches closer and closer. With the November 19th release date getting closer and closer. CD Projekt Red Studio Head Adam Badowski reportedly sent out an email detailing what the team will do in order to make launch date this November.

“Starting today, the entire (development) studio is in overdrive. Your typical amount of work and one day of the weekend.”

Badowski then goes on to say, that this does go against his core beliefs as the leader of the studio. After a few months ago, he had stated a few months ago to Kotaku. That CD Projekt Red was trying to was pushing to make the studio a “humane” place to work.

What does this mean?

While it is important to note that due to Polish labor laws, employees will be paid in full for their time worked. This does not take away from the fact that crunch is an ugly aspect of the gaming industry. Reports like this are all to common, and while many developers voluntarily work long hours due to their passion. Mandatory studio-wide over time is an ugly trend that is all too common. Hopefully CD Projekt Red will be able to address this issue in a much better way going forward. As of right now, the company has not made an official statement in regards to this report.