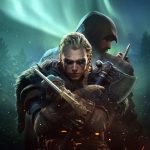 With mere days away from the release of Assassin’s Creed Valhalla, here’s a guide to some major details to help prepare you for your voyage to England.

2. A Soundtrack Worthy of the Gods

Now, on the music end, Jesper Kyd returns alongside Sarah Schachner and Einar Selvik. The first, being especially important.

Valhalla follows the story of Eivor, a viking who flees the over populated and resource dwindling Norway in favor of an untapped England. In an attempt to seek out new land for their clan, Eivor establishes a settlement in this new country but quickly finds themselves in a delicate political battle between rulers. They’ll also run into resistance from both Ivar and Ubba, the sons of legendary viking Ragnar Lodbrok. It’s up to Eivor to navigate these lands and make alliances that will best suit their people.

Later in the journey, Eivor will cross paths with the Hidden Ones, the Assassin’s of this time period, and will receive their own hidden blade. Yet, funny enough, Eivor chooses to wear their hidden blade atop their forearm because they believe the weapon is so cool and deserves to be shown off. Which, might be a sentiment Ezio and Altair would disagree with.

You can play as either male or female and even swap between the two on the fly. Both choices are considered canon and the devs have stated it will make sense within the lore of the animus. Eivor will also feature the most robust level of customization in the series to date. Aside, from the gear, you can also change Eivor’s tattoo‘s, hair color and style. Giving your viking a little more personality then ever before. 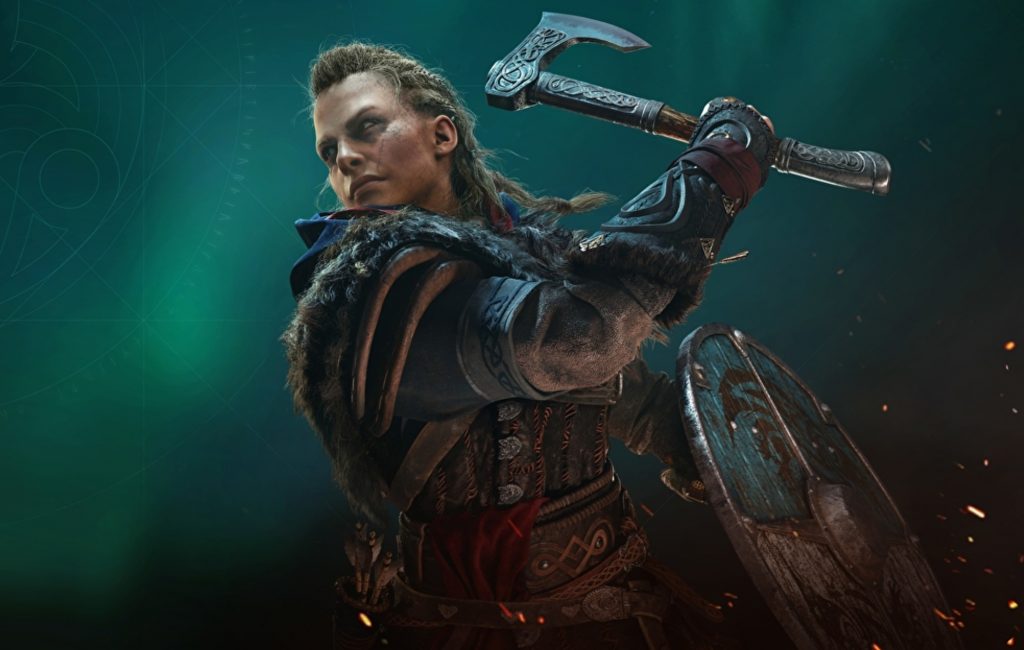 Although, Valhalla begins its tale in the norse wilds of Norway, the bulk of your adventure takes place in the rolling hills of England. Divided into 4 main areas, Northumbria, Mercia, East Anglia and Wessex which will subsequently have their own counties within their borders. You’ll come face to face with Alfred the Great, King of Wessex and the man determined to rule a single, unified England.

You’ll stumble upon green meadows, underground caverns, marshlands, bustling cities and everything in between. The land contains hostile wildlife such as vipers, wolves, bears, boars and…seals? Mythological beasts, based on the land’s folklore will also make an appearance, as well as supernatural forces. These look similar to the boss fights against Medusa, for example, from Odyssey and will greatly differ from your standard fight.

On top of Anglo-Saxon’s and the rival norse warriors you’ll face, Eivor will also find themselves hunted by elite warriors known as Zealots. Essentially, they’re highly skilled mini bosses, hired by the many monarchs of the land to hunt down norse invaders. They roam around specific areas in the world and will definitely give you a run for your money. 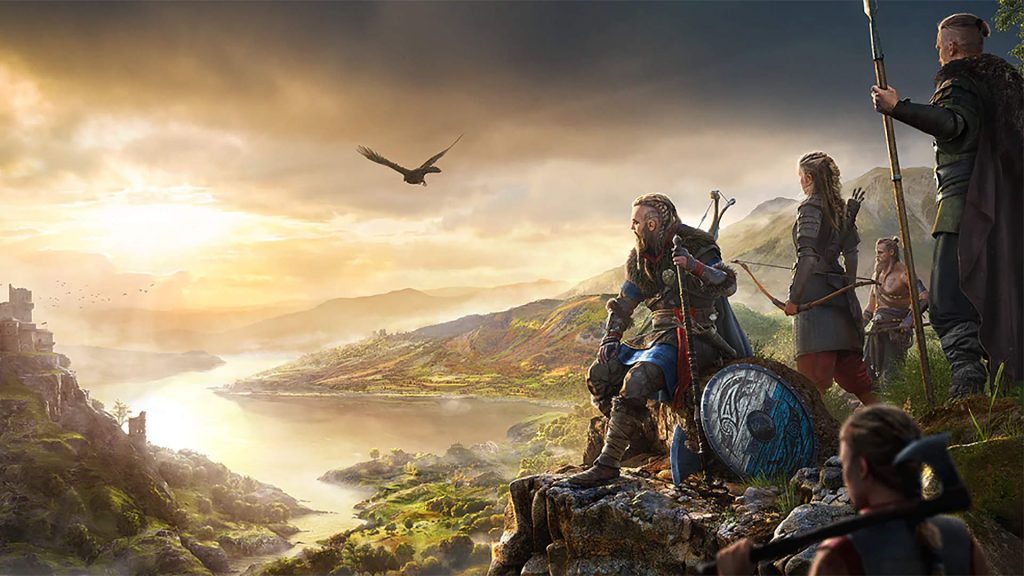 5.  A Link Between Realms

Just like the entries before it, Assassin’s Creed Valhalla will embrace it’s mythological side. By visiting the Seer’s hut, Eivor can drink brewed potions which will transport them to another realm. Of the realms confirmed, we know Eivor will visit the realm of the giants, Jotunheim, and the realm of the gods, Asgard.

Aside from hopping between realms, you can also expect to receive strange visions and fight mystical creatures. I’d venture to guess this is how we’ll access some of those more, fantastical fights. Series veterans have lamented the more supernatural focus on the latest installments and Valhalla, seems to take it even further.

In #AssassinsCreedValhalla, with the help of Valka, the Seer, leap beyond reality in to the mythological worlds of Asgard and Jotunheim ⚔️ pic.twitter.com/lcAGfJhsBw

Eivor’s settlement, Ravensthorpe will play a key role throughout your journey through 9th century England. Harkening back to the days of Ezio’s villa, Monteriggioni and Connor’s Homestead. Eivor’s hub will start as nothing more than a few tents and a longhouse and then, will evolve into an ever growing bustling community. Here, Eivor will have access to a hunter’s hut, the seers hut, the shipyard, a bakery, a tattooist, a blacksmith, a museum, farms, houses for characters and so much more.

The Hidden One’s bureau will also have a huge presence in your hub. Here, Eivor can accept contracts like the classic Assassination contracts of the original games. Similar to the cultist system in Odyssey, Eivor will also have a list of high profile targets to hunt.

Eivor will return to their home base often throughout the story. With each return, you’ll see the settlement change visually with the passage of time but this extends past a visual change. Characters will have new stories, new quest lines and branches to explore to really cement the game feeling like a living, breathing world. 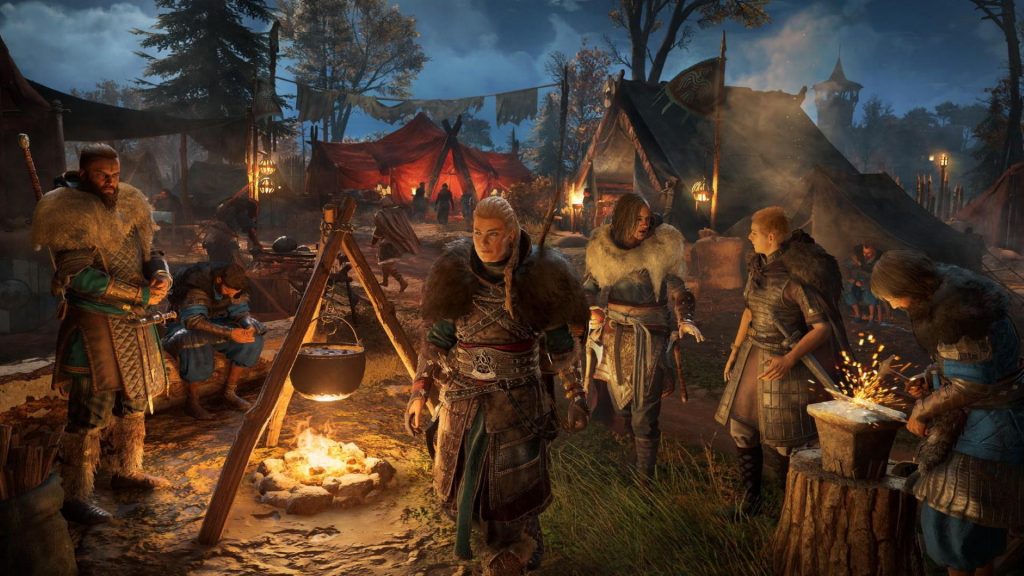 7. Social Stealth is Finally Back

One of the biggest complaints from series veterans, has been the lack of stealth options in both Origins and Odyssey. But, Valhalla looks to remedy that concern just a bit. As a foreigner in these lands, Eivor isn’t exactly welcome in some of the towns they’ll explore. In these more hostile environments, Eivor will need to raise their hood and blend in with crowds to avoid detection. A feature introduced way back in the first Assassin’s Creed game and has been bafflingly absent in the last few entries.

During these sections, you can call upon drunks to distract guards and even blend in with the environment, like sitting on benches for example. Remaining incognito will be crucial in these areas and it really harkens back to the old days. The removal of these features has been heavily criticized, as it’s taken away the Assassin’s part from Assassin’s Creed. So, bringing it back will definitely alleviate concern. 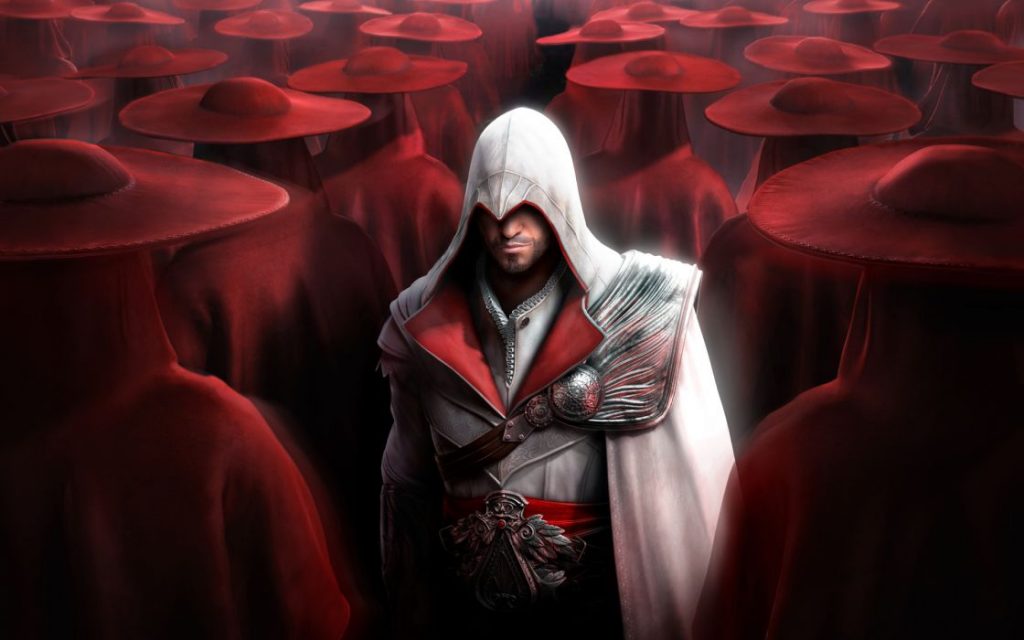 Instead of traditional side quest’s, Valhalla will implement world events similar to Red Dead Redemption 2’s system. This essentially means, side quest’s are more organic and free flowing than they’ve been in the past. Instead of the typical quest giver, you’ll stumble upon strangers, each with their own unique problem, just from exploring the world.

This will, hopefully, give the game less of a checking off things from your quest log sort of feeling. A feeling that bloated 2018’s Assassin’s Creed Odyssey.  With exploration, you’ll notice markers appear on your compass, but the game won’t lay out what you’re coming across.

Darbt McDevitt, in an interview with game informer, states:

“You’ll find quite a lot of them; when you find them as Eivor and touch them, the whole simulation freezes and then Layla drops the disguise. She becomes Layla in the simulation, and then you have dialogue with your present-day characters there, and you have to solve puzzles, and things like that. And they are very cool, and the rewards for them are mind-blowing. So, we found a way so you don’t have to get out of the Animus at all times to do the present-day; sometimes the present-day happens in the Animus.”

The modern day storyline has certainly meandered since the ending of Desmond Miles’ story. Some of his best moments, was when the game would merge present day with some of the acrobatics of his ancestors, so it’s encouraging to see Ubisoft take it a step further here. 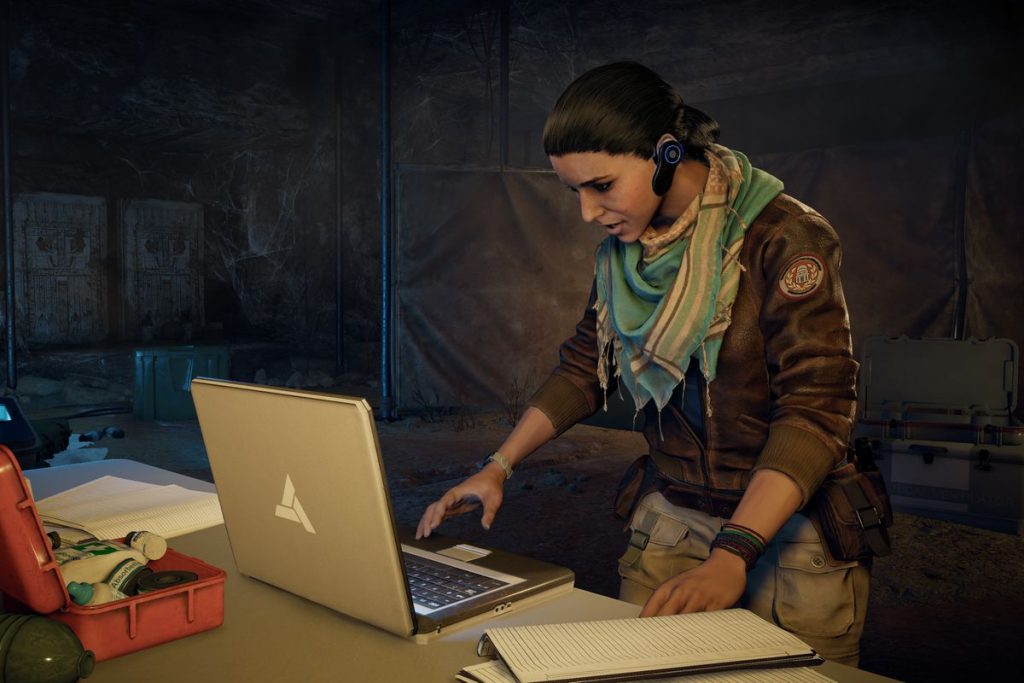 No matter what system you own, you can expect Assassin’s Creed Valhalla to look damn good. Ubisoft has confirmed to dual shockers, that both the Xbox Series X and PlayStation 5 version of the game will run at 4K 60FPS. Meaning you won’t have to pick and choose between performance or resolution. You’ll have both at the same time. Also, expect the game to fill up about 50GB on your hard drive, which isn’t too bad considering the scale of the game.

The game will also take advantage of free upgrades on both PlayStation 5 and Xbox Series X/S to ensure you don’t have to buy the game again. 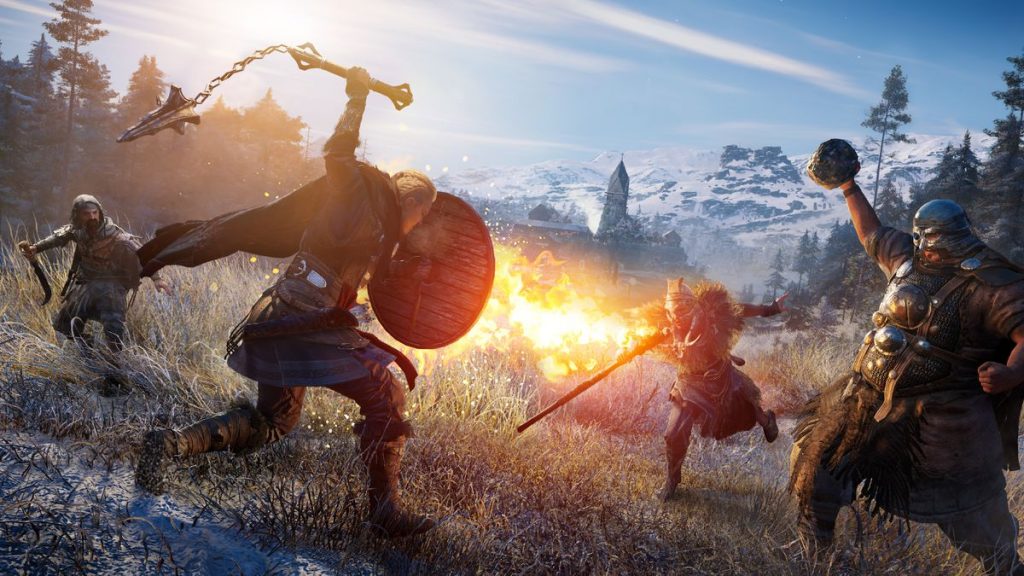