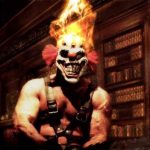 You are reading
Twisted Metal Show in the Works

Sony Pictures Television is working on a Twisted Metal show. The classic video game will be getting an adaption from the minds behind Zombieland and Deadpool. Though no announcement has been made, a PS5 revival would be a welcome addition to the new console’s portfolio.

The announcement was made in an exclusive with Variety earlier this week. It has been some time since we last had a Twisted Metal game. Twisted Metal: Black was released on December 5th, 2015. The news of this show being developed follows the recent The Last of Us casting news.

Paul Wernick and Rhett Reese, the minds behind Deadpool and Zombieland are developing the show for Sony Pictures Television and PlayStation Productions.

The show is about a motor-mouthed outsider who is offered a chance at a better life, but only if he can successfully deliver a mysterious package across a post-apocalyptic wasteland. With the help of a trigger-happy car thief, he’ll face savage marauders driving vehicles of destruction and other dangers of the open road, including a deranged clown named who drives an all too familiar ice cream truck, whom fans of the game will know as Sweet Tooth.

It will be interesting to see this take on the classic game. Some of the characters are pretty insane and maybe too violent for TV. While we don’t have any dates, we do know that actor Will Arnett is an executive producer and possibly the voice of Sweet Tooth. The show is set to be a comedy and these two writers have done a fantastic job with their movies. This is far from the only video game property being turned into a show or movie. The remake of Mortal Kombat has recently released its first trailer.