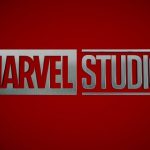 This is a great rumor that’s online right now. Supposedly the first movie that will mention the X-Men any other mutant-related character is being developed right now at Marvel. The Mutants is the name of that movie.

I really hope that this story has some truth to it. Since we actually didn’t get the X-Men exposed in WandaVision. It does seem like it would be reasonable that we would get a separate movie finally announcing these characters arriving in the MCU. The website TheIlluminerdi.com is reporting this story. As you can see from the Tweet below.

What could be happening in WandaVision is that the stepping stones are being placed. Mutants could be coming from the sleepy town of Westview New Jersey. We already have Monica Rambeau getting her powers from Wanda’s Hex. Which we will finally see what happens in the last episode this weekend.

EXCLUSIVE: Looks like the #XMen are officially making their way into the MCU! Read on for more details: https://t.co/OOMIL2bvCa

Again we haven’t received any actual information from Marvel. Apparently, The Mutants will be the first Marvel Cinematic Universe movie to officially feature characters like the X-Men.

The Illuminerdi has learned of a Marvel Studios-led project produced by Marvel CCO Kevin Feige entitled, The Mutants. It’s currently being developed as a feature film and is intended to be a reboot of the X-Men franchise.

After over a dozen movies produced by 20th Century Fox, Marvel Comics’ mutants are finally taking their rightful place on-screen in the Marvel Cinematic Universe. With so little information at this time, it’s hard to pin down the capacity in which these exciting characters will arrive, but it’s such an exciting event knowing that the project is indeed in development.

At this moment I’m just going to enjoy this story. With Phase 4 fully in gear, it wouldn’t be unheard of to add a mystery movie to be released in the future. Enjoy the final episode of WandaVision as we get ready to see The Falcon and the Winter Soldier coming up next.