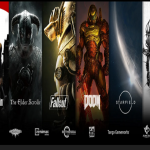 We had the opportunity to sit down for an interview with Timdog, a true OG of the Xbox gaming community. We discussed his background in the Xbox community, previewed the Bethesda Event, assessed the overall state of Xbox, and so much more!

Timdog On Experiencing Halo for the First Time

That was the game that really, you know, made me, you know, on a technical level, appreciate gaming and just, just, the AI of it, and the way that game was, took me by storm. It’s my favorite series.

Timdog On Xbox Rebounding from the Xbox One Era

You set a brand back, it takes five years they say to kinda get back where you were, and that’s not a guarrantee. It took Xbox about seven. I really feel like Xbox now is transitioning from what they were last gen, overall perception to now.

For the full interview with Timdog, check it out below.