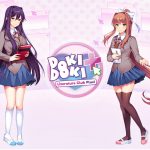 You are reading
Doki Doki Literature Club Plus! Review 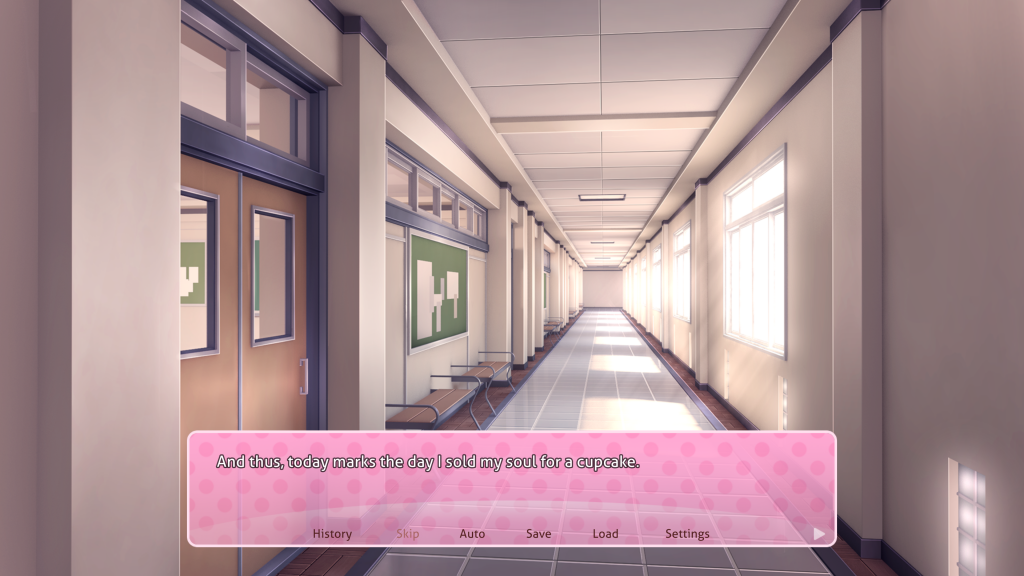 Doki Doki Literature Club Plus! is a re-release of the hit horror visual novel from 2017. In the visual novel, you roleplay as a high school student joining a friend’s school club. You were looking to join the anime club but were lured by the promise of food by your friend, Sayori. Instead, she lures you to visit the literature club.

Upon entering the clubroom, you are greeted by three other members, Yuri, Natsuki, and Monika. The three entice you to join beyond that delicious promise. However, as a member of the club, you are required to write poems. This presents an opportunity to write your way into their hearts. 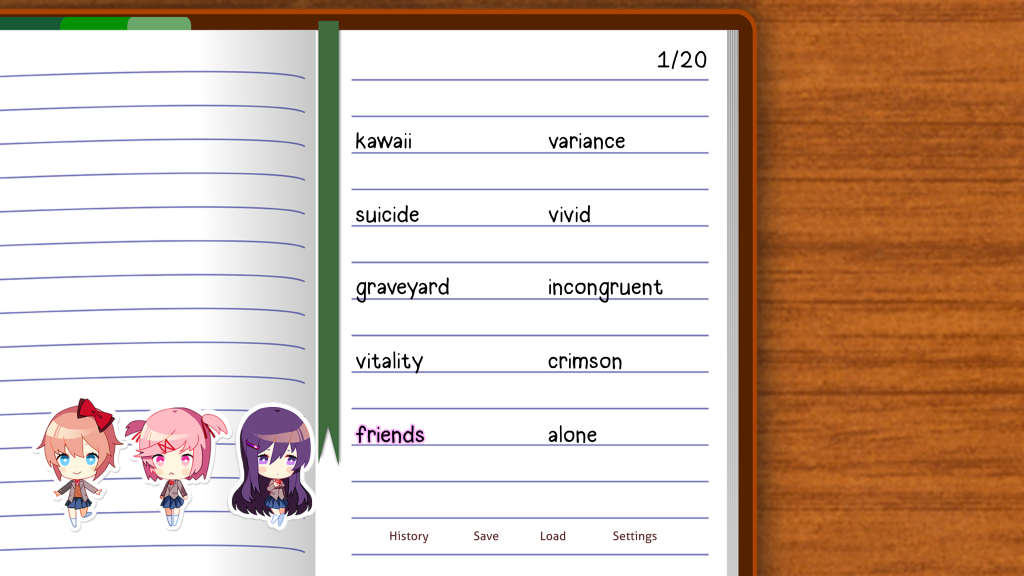 The Doki Doki Literature Club Plus! Bait and Switch

In a game focused on interacting with specific characters like this, there was an emphasis to ensure unique personalities for all four characters. Yuri is the shy, smart and sophisticated type. Natsuki is the immature and defensive baking-of-cupcakes type. Sayori is the sweet childhood friend of the main character. While Monika is the determined leader of the literature club. Though you don’t spend as much time with her as the other three.

The game revolves around your relationships with each of the members of the club. In order to get some one-on-one interactions, you play a poem-writing mini-game. Poem writing entails choosing words that cater to the personality of each of the characters. Though the character interactions are not too special, mostly just reading books with them.

The premise of Doki Doki Literature Club Plus! is a bait and switch. There are two halves to it that juxtapose the experiences provided by both. The first half is the bright and colorful time spent in the literature club. In the second half, the tone changes substantially.

It is a tonal shift that really works and dramatically alters your perception of the first half of the game. The game pulls all the tricks out of the bag. This includes fourth wall breaking and subtle shifts in the background that leave you curious about what will possibly come next. 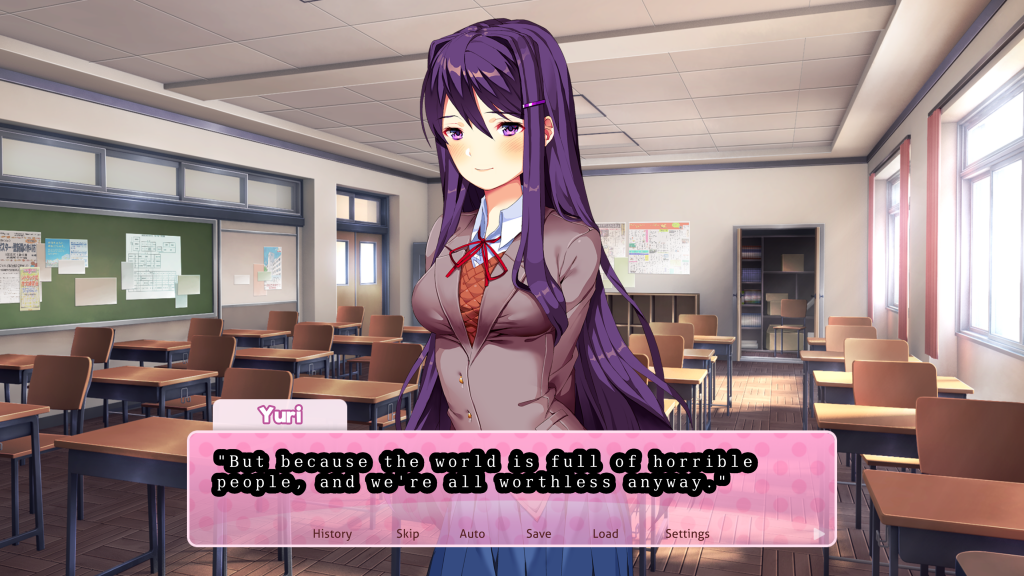 A PC-like Experience on Console

One of the new features of this re-release is a virtual PC for console players. It acts as a home for all unlocked wallpapers, side stories, music, poems, and some secrets. Since this a PC, you can listen to music at your leisure, but cannot do so in the main game or in the side stories.

It would have been nice to listen to a playlist instead of the same songs on a loop in the main game. You can also customize the background by selecting any wallpaper unlocked and browse various files for later in the game. 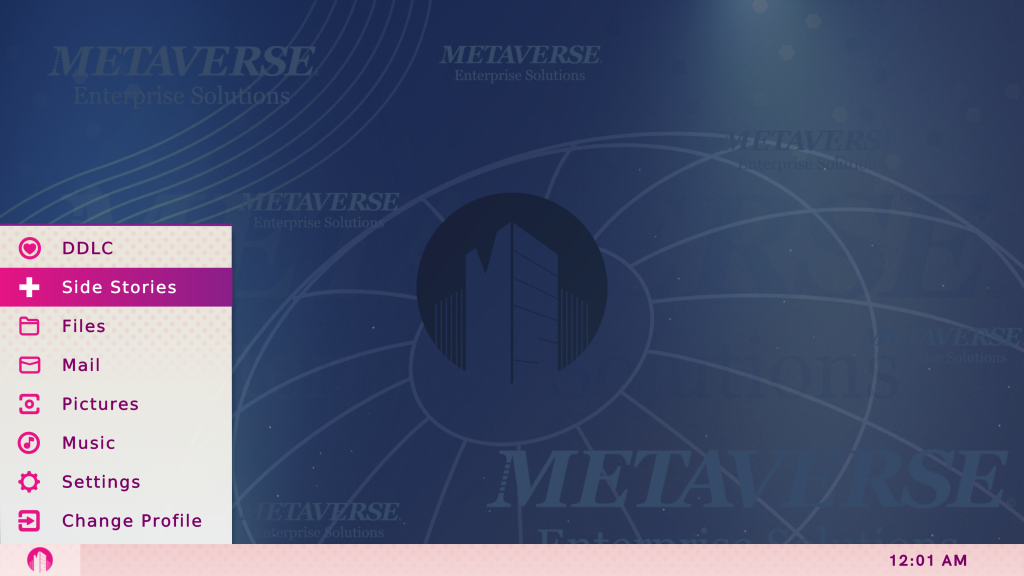 While this is a great feature for consoles, it is also like this on PC, which compromises the experience of the original. Without spoiling the story, there is a key moment in Doki Doki Literature Club Plus! that requires you to use your desktop.

Having access to this from the start robs a little bit of that unique experience. It felt intentionally fourth wall breaking which seemed to be what the developer had in mind. Although, it does seem to be a good home for the options of the main game and side stories.

A Side Dish to Cherish

As stated previously, this re-release hosts unlockable side stories for the player to enjoy outside of the main game, literally. There are six side stories to unlock with two unique chapters. These tell the story of how the literature club came to be, how each member met each other, and respective stories that flesh out each character with arguably better dialogue and structure than the main game.

You do not exist in these stories so you are observing the other four interacting with each other. These stories feel warm and joyful, especially knowing these would never be interrupted by the horror side of the main game. 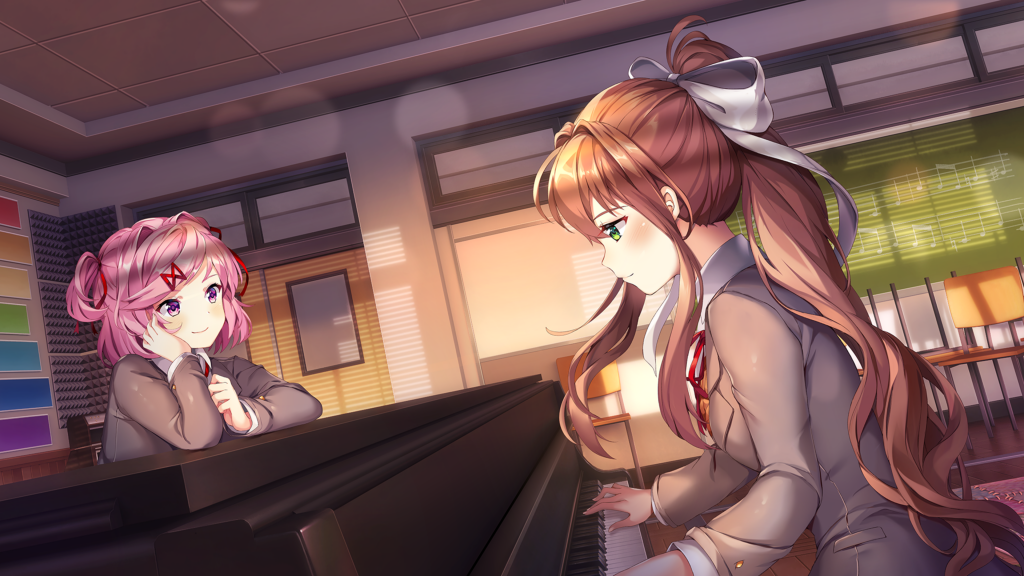 It is in these stories that you are able to watch the literature club grow as friends, tell jokes, or even work through deep-rooted issues. It can be boiled down to “slice of life” type stories but the realism and emotion explored should not be overlooked.

To unlock these stories you will have to write poems in the main game that speak to a character twice in your playthroughs. It is a shame that this will only enable two side stories per playthrough. However, if you were to make a save file at the first poem, you can easily acquire all of these side stories in a single pass through the game. Doing so will also prepare you for the shift in tone, which will make you appreciate the stories even more.

In a visual novel, it’s nearly impossible to experience any bugs or glitches, though that does not mean the game does not have issues. You cannot save in the side stories, which does make sense as they are about twenty to thirty minutes long. However, if someone has misjudged their time available, it can be an issue.

Another issue in Doki Doki Literature Club Plus! is no brightness sliders which can affect some players with sensitive eyes who own large screen TVs. The final issue is that the “100% data collection” achievement on Xbox consoles is bugged. It is sitting at a 0.00% acquisition rate with my friend confirming this as he has 100% data on his console. Currently, the developers acknowledge the achievement bug. So a hotfix is being deployed soon to address it.

Overall, Doki Doki Literature Club Plus! is an excellent re-release that handled its console versions well from a design standpoint. The value and time you find inside will far outweigh its asking price. Just be prepared for some of the moments in the main game as some will shock or make you uncomfortable. It is not advised for children or anyone experiencing mental issues to play this game, so be forewarned.

Doki Doki Literature Club Plus! Is available on Xbox Series X|S, Xbox One, PS5, PS4, Nintendo Switch, and PC for $14.99. With an eventual physical release including numerous physical goodies and soundtrack download for PS5, PS4, and Nintendo Switch for $29.99 on September 1st this year.