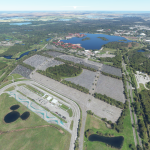 Microsoft Flight Simulator has been out for Xbox Series X | S for over a week now. That means you could have flown around the world multiple times by now! So, you must have seen all the sights the Earth has to offer, right? Well not necessarily. While Asobo has provided plenty of points of interest, POIs, composed of different airports, cities, landmarks, and fauna, not everything can be found through the POI system.

If you are looking to find a particular place or object that has not been included in the POIs then it can be a bit of a pain. Without being tagged you cannot simply search for it on the world map. Thankfully, we have a way for you to find whatever your wings desire. Along with that we also have seven non-POI places to visit first.

Use Real World Co-ordinates to Find What you Want

In order to find a specific place of the world that has not been deemed worthy of the POI tag you will need to use Google Maps. Simply search for your desired location, right click the red pin and select ‘What’s Here?’.

Copying these bold co-ordinates into the search bar of the world map on Microsoft Flight Simulator will then take your directly to the location you are looking for. 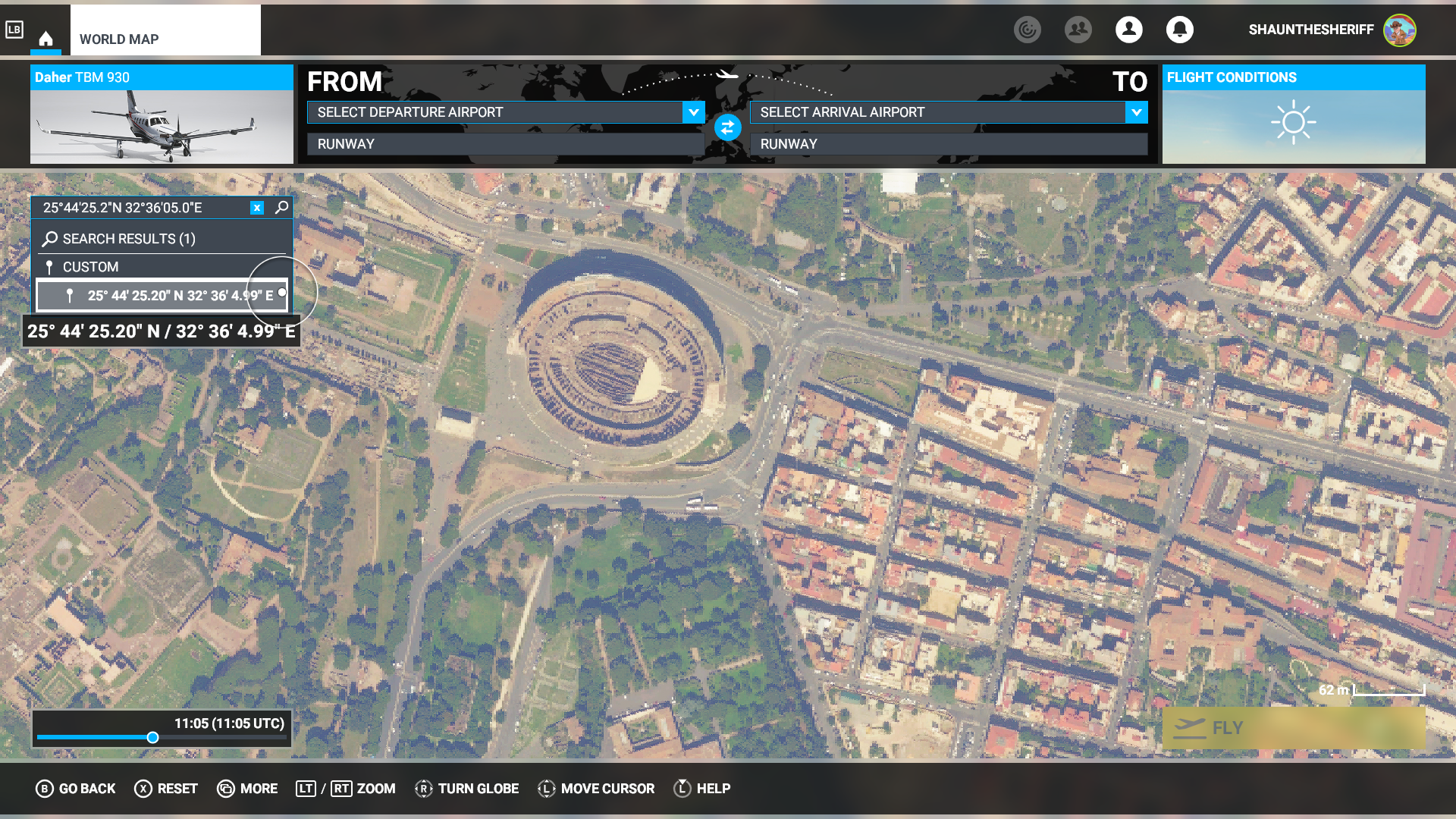 So, with that in mind here are seven non-POI places to visit, along with the real-world co-ordinates to use for them.

Valley of the Kings

The Giza Pyramid Complex may get all the glory from people’s Egyptian expeditions but that is not the only place there with significant history.

The Valley of the Kings is located near Luxor on the west bank of the Nile. What makes it so special is that it is home to at least sixty-three tombs and chambers for the pharaohs and powerful nobles of the New Kingdom.

Tombs have been discovered as recently as 2008. It is also where you can find the tomb of Tutankhamun, perhaps one of the most famous pharaohs in history.

So, if you want to skip the queues, avoid the admission prices, or get a lovely few of the Nile be sure to check out the Valley of the Kings. 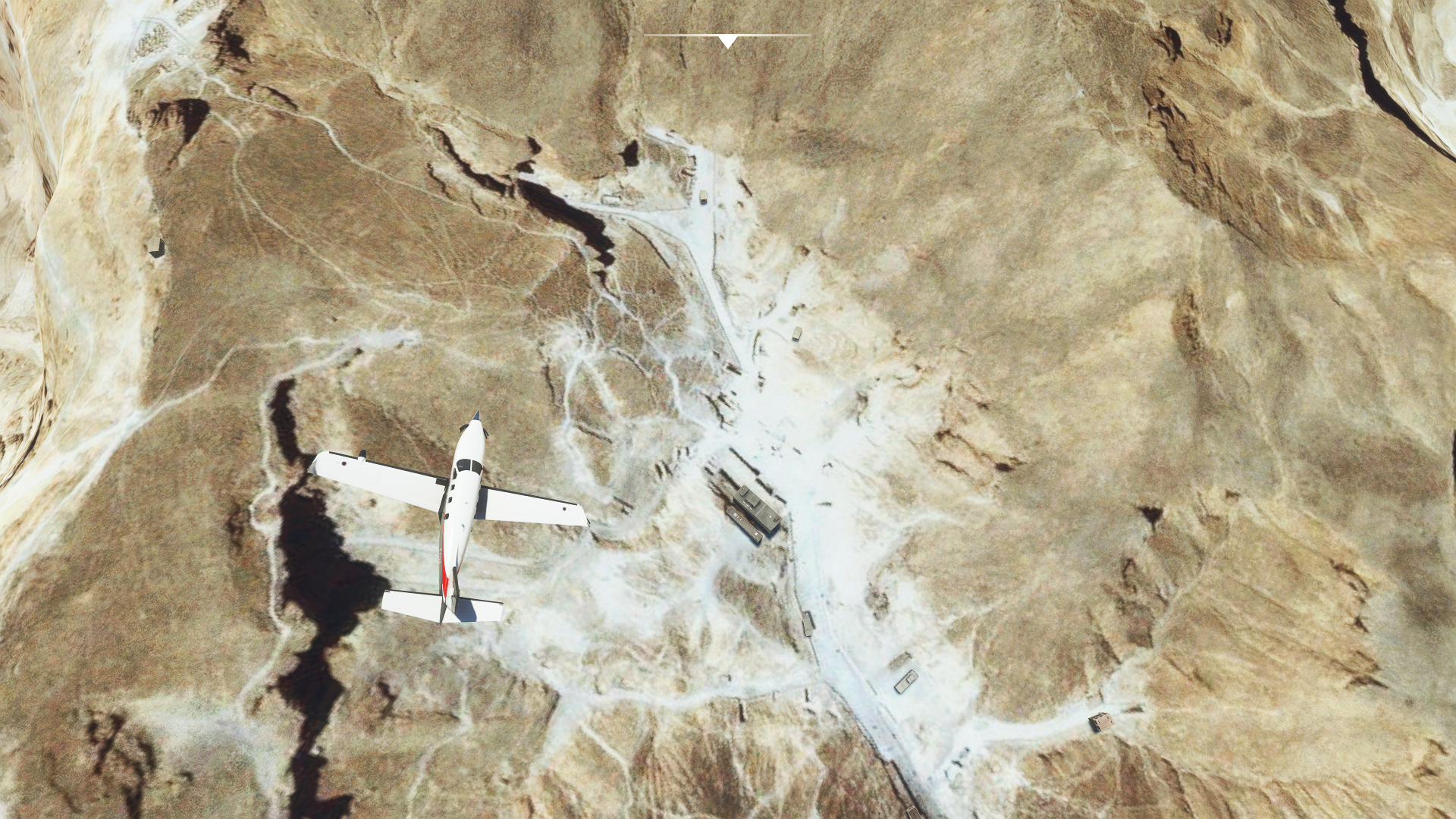 Pamukkale is a natural site in southwest Turkey. While you can also find ruins and archeological sites in Pamukkale, it is the thermal springs that take the spotlight.

Along the side of a hill is a collection of solidified cotton that giants left out to dry. Or, with the power of science, a collection of limestone, shaped over many years by the calcite-rich springs.

The contrast of the archeological site and the pure white springs is truly a site to behold. 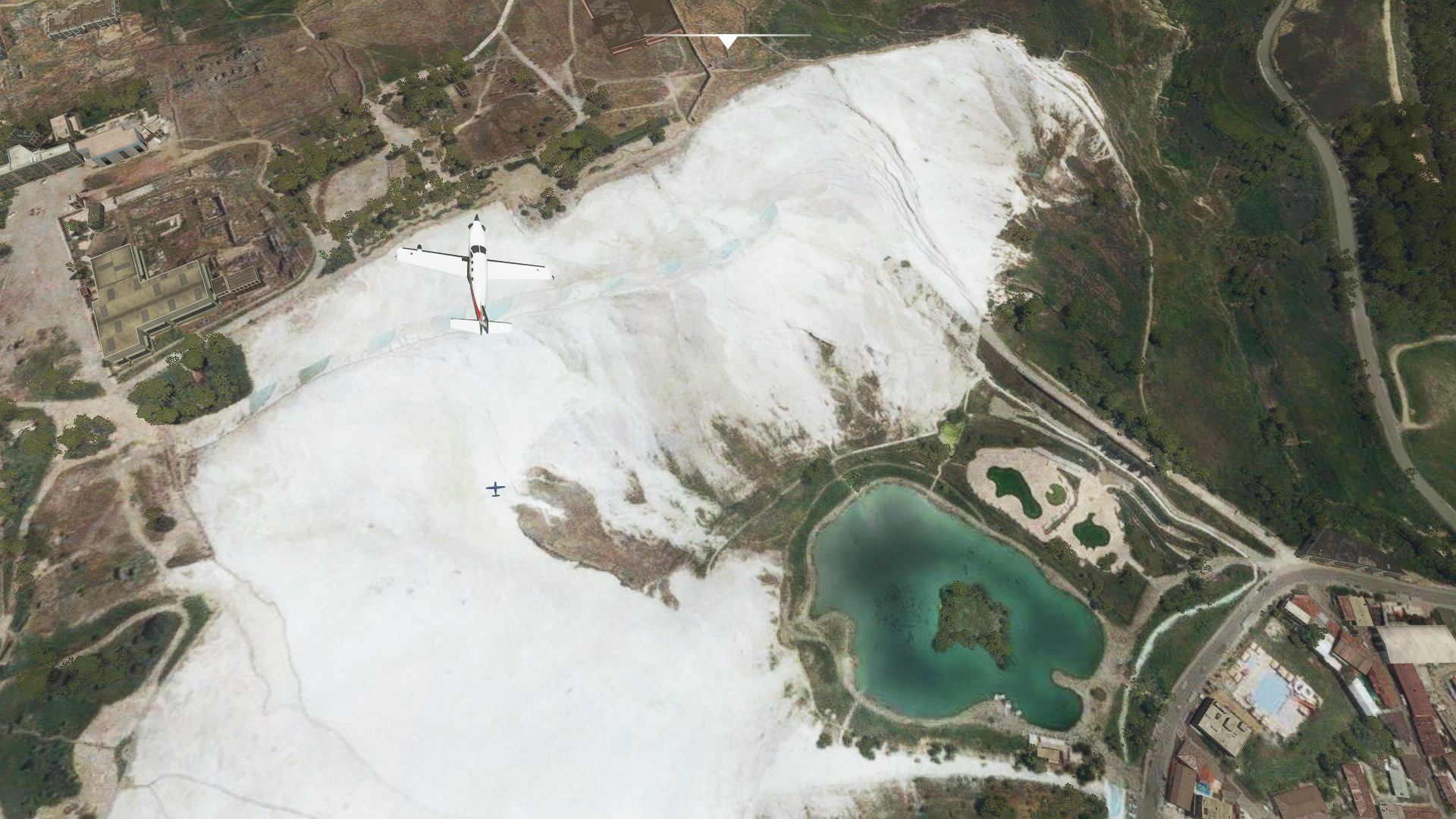 As far as theme park resorts go, Universal Orlando is one of the greats. From the loops and swoops of the Hulk rollercoaster to the plummets of Jurassic Park River Adventure it has something for everyone.

A visit to Universal Orlando in Microsoft Flight Simulator produces a range of results due to the complex shapes of the attractions. Hogwarts looks stunning as it towers over the back area of the parks. On the other hand, the giant Krusty the Clown head found inside Springfield is a thing of nightmares.

We will not spoil the joys and horrors to be found here and instead will let you explore them for yourself. 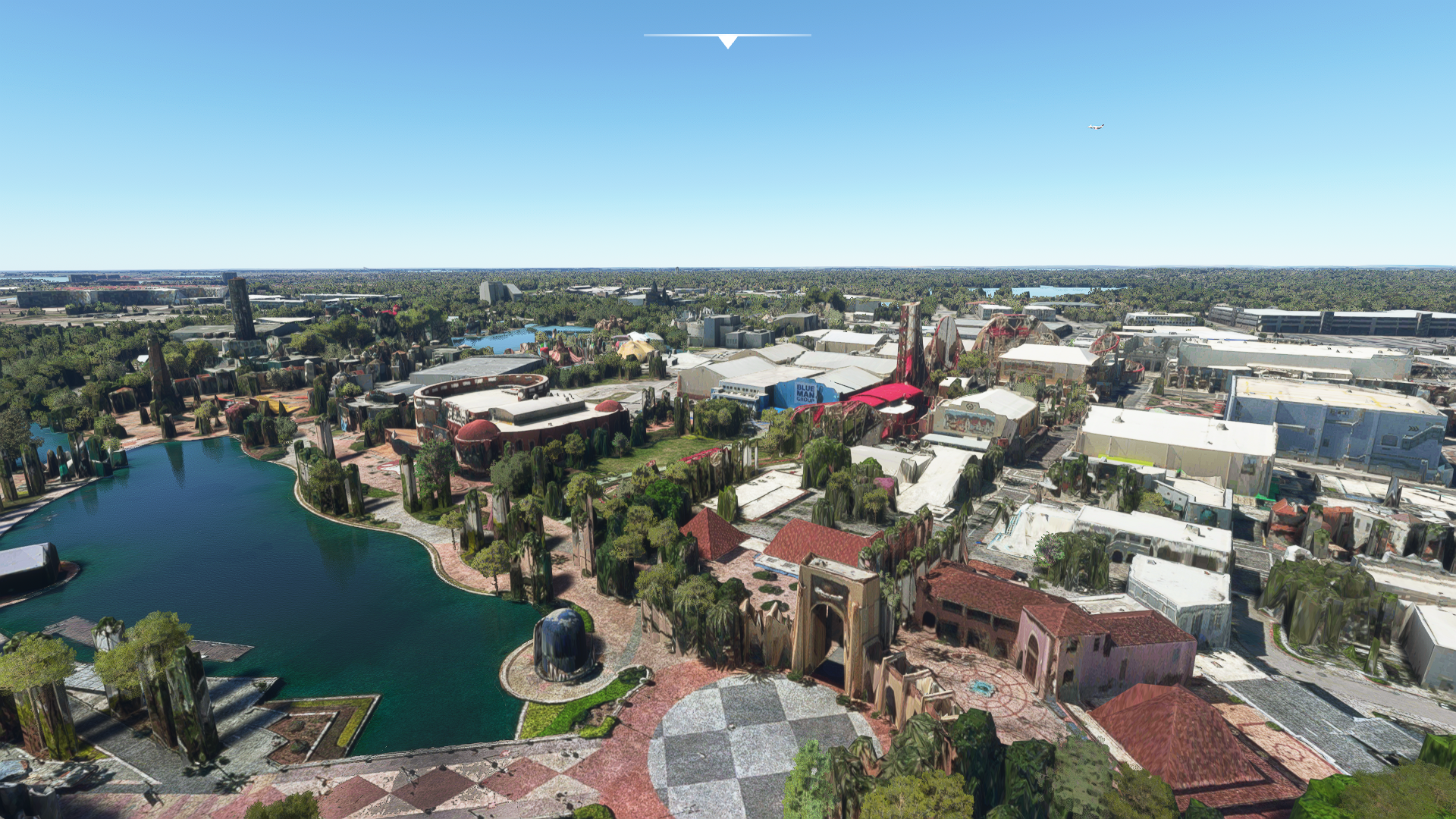 What makes the Microsoft Flight Simulator trip to Walt Disney World so good is how well the resort has been captured in the game. The Magic Kingdom castle, Epcot’s Spaceship Earth, Hollywood Studio’s Tower of Terror and much more are distinctly visible.

Whether it is to relive some fond holiday memories or even planning out a future trip to the happiest place on Earth, you can get it all done within Microsoft Flight Simulator. 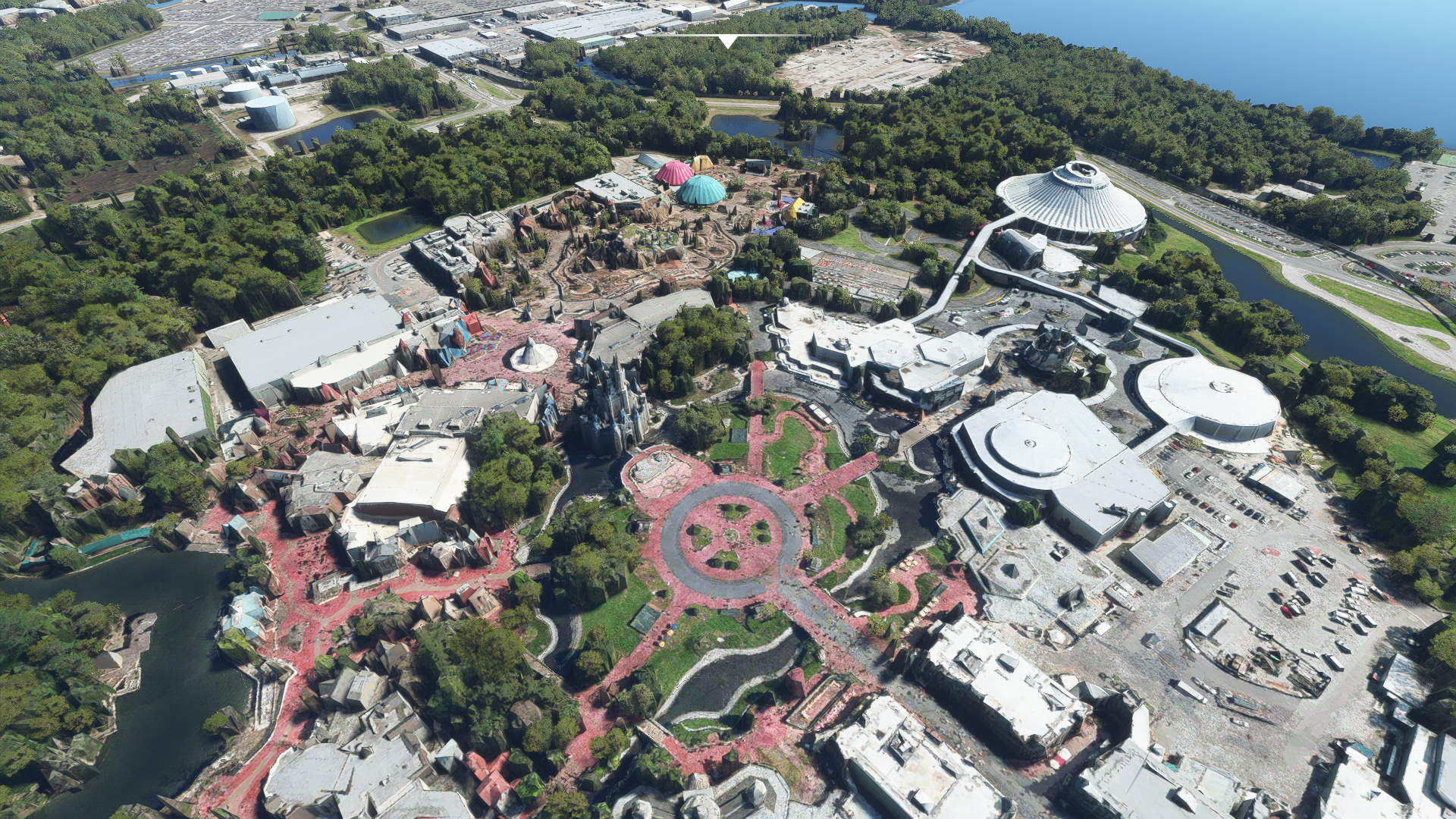 Clocking in at a staggering 24,600 feet from sea level Mount Teidi is the third highest volcano in the world. The most recent eruption occurred in 1909 and has been designated a ‘Decade Volcano’ due to its history of destructive eruptions and its close proximity to several large towns.

So, if you fancy taking a gander straight down into an active volcano then be sure to take a flight over Mount Teidi. 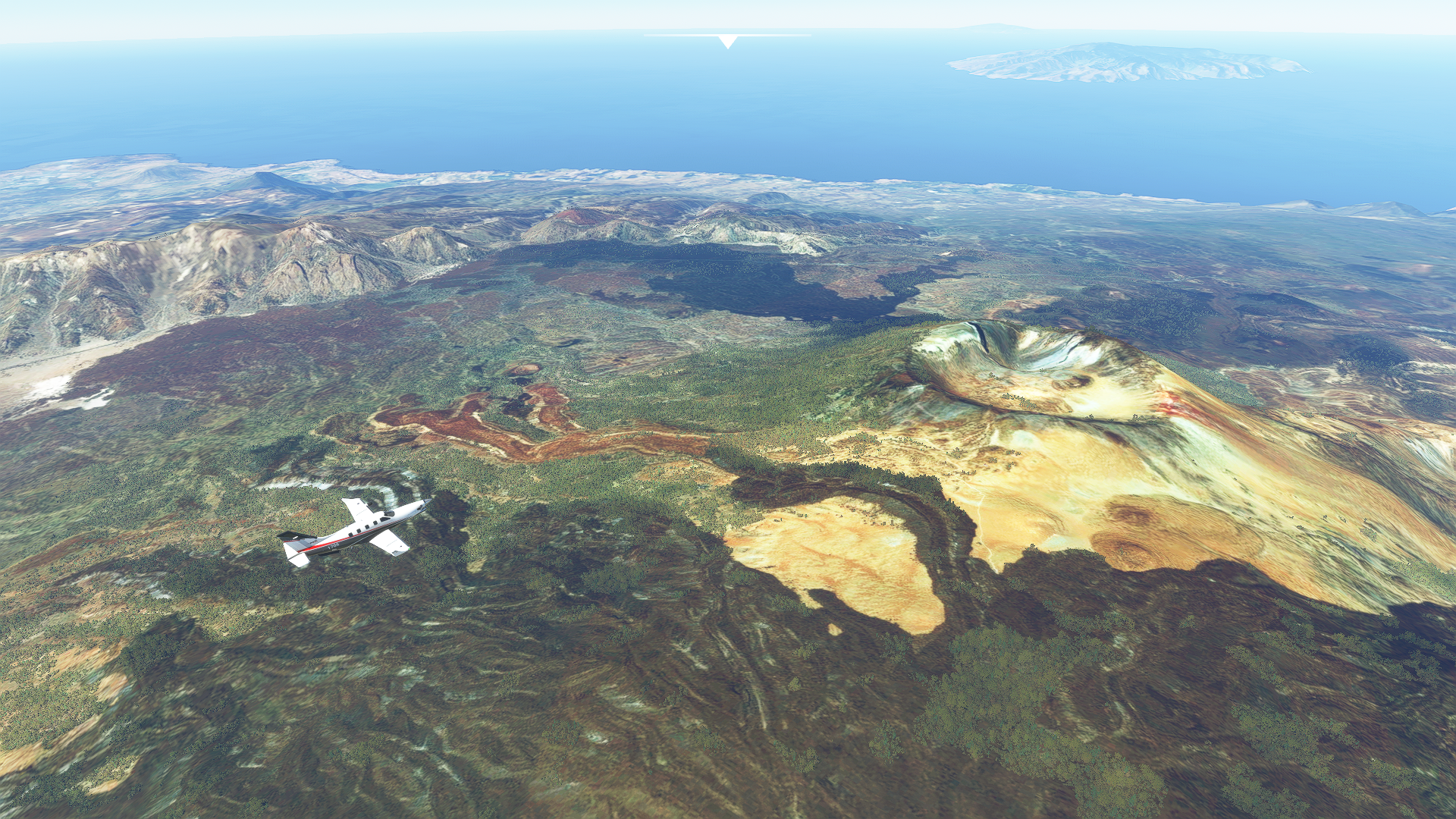 Perhaps the most baffling omission to Microsoft Flight Simulator’s POIs is the Roman Colosseum. The stunning amphitheatre built in 70-80 AD is one of the prides of Italy.

The Colosseum was used to host a variety of events including gladiatorial shows. Although earthquakes and stone-robbers have caused significant damage over the years. The Colosseum still stands proud within modern Rome and is truly a sight worth seeing. 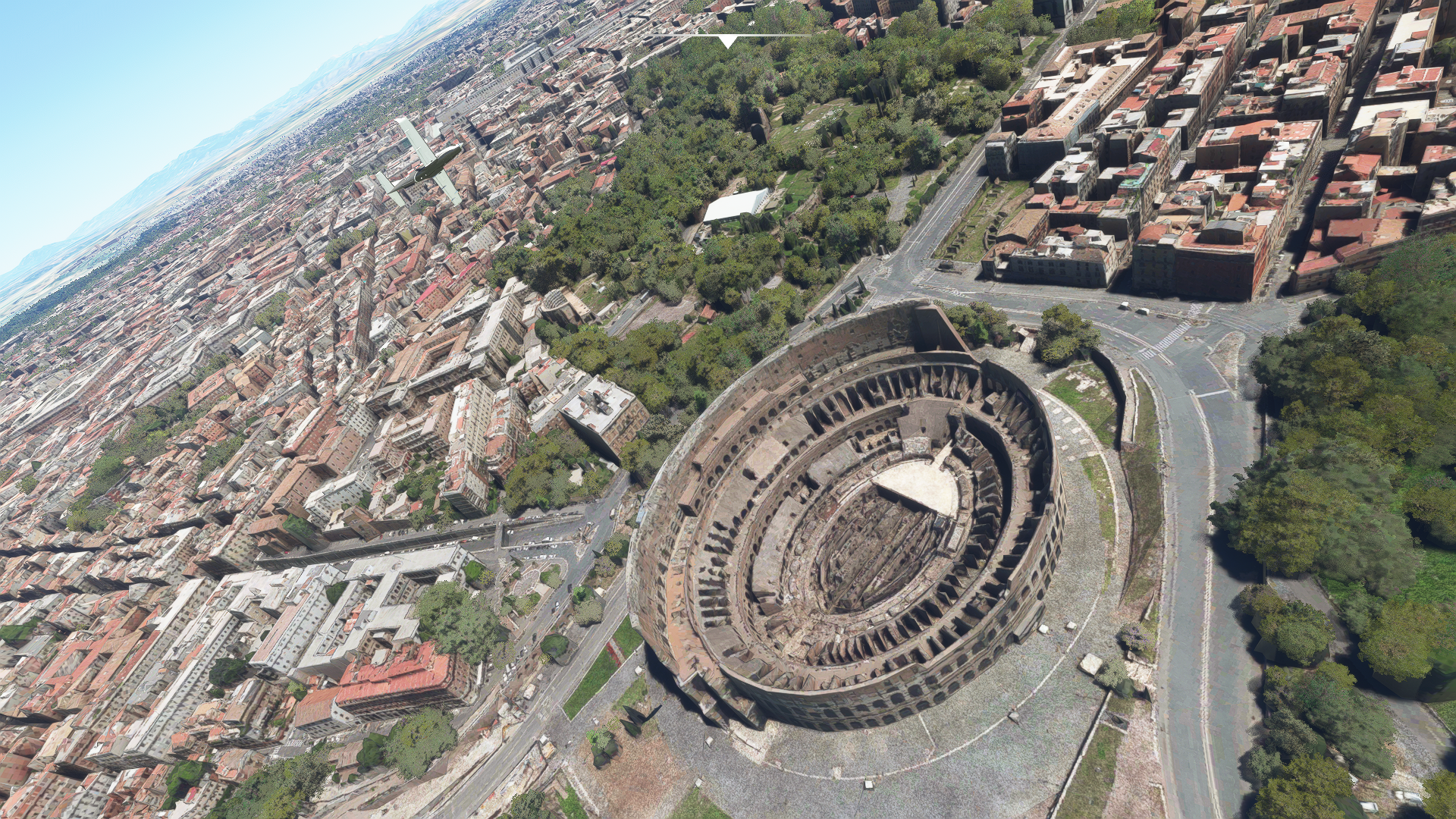 From the noisy neighbours to the back garden trampoline that has gone unused for several years, you can see it all within Microsoft Flight Simulator. 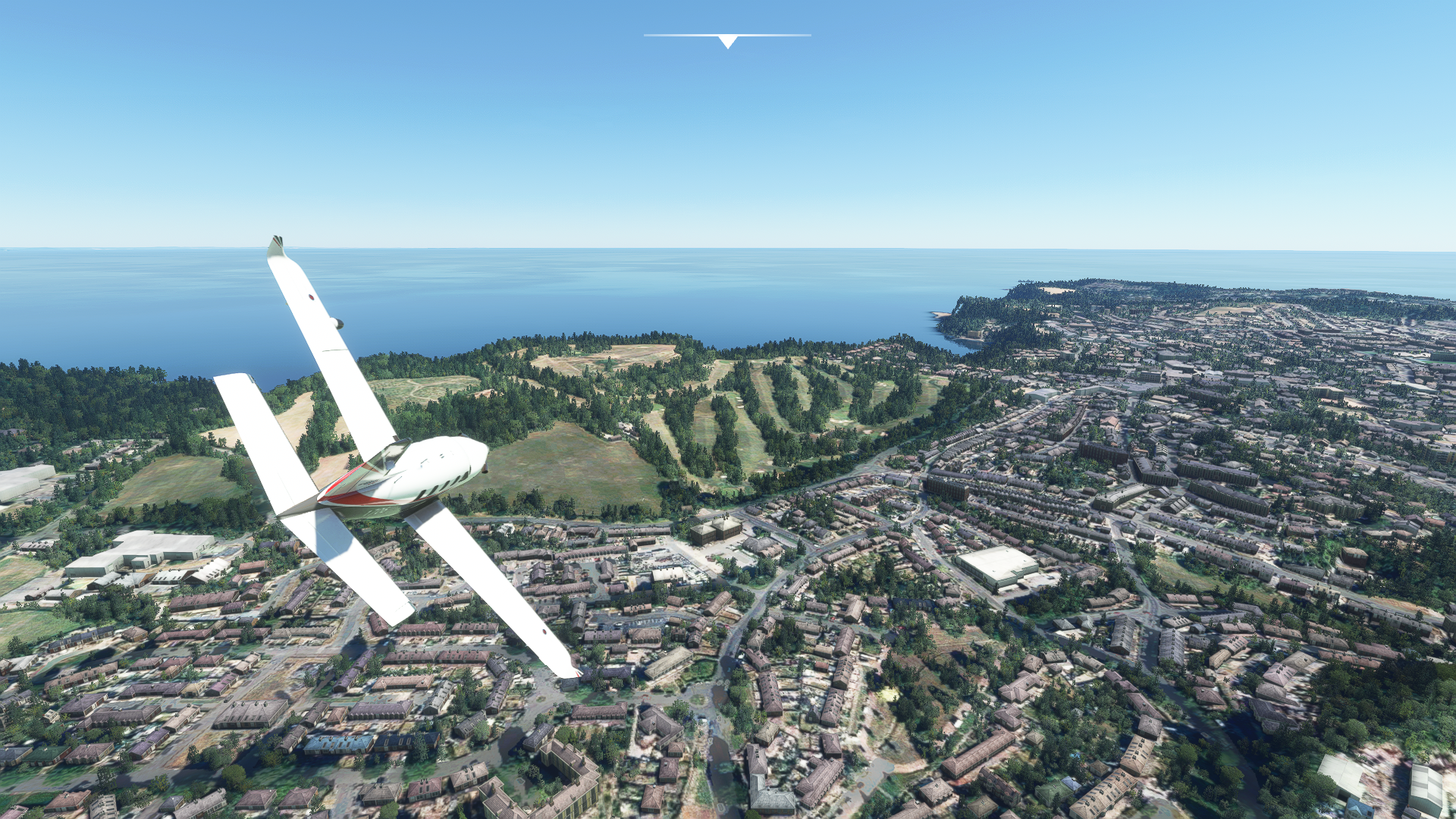