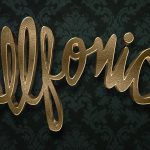 You are reading
IllFonic May Be Working On A Ghostbusters Game

Raphael Saadiq, co-founder of IllFonic, let it slip that the team is working on a Ghostbusters game. While on the Questlove Supreme podcast Saadiq went into detail covering his history in R&B and the video game industry. Which included giving some insight into the studio’s future.

At the 1:01 hour mark on the podcast, he listed off the titles the team has published and ended the comment with “and we are working on a Ghostbusters game right now.” IllFonic is a great fit for the license. IllFonic’s previous work includes Predator and Friday the 13th. While Predator is this month’s PlayStation Plus game, the team is currently pushing new multiplayer shooter Arcadegeddon. Both of which are PlayStation exclusives. Predator became popular during the pandemic as one of the few PlayStation exclusive multiplayer shooters.

This may be a sign of an overall direction Sony is headed in. With each passing day, the rumor mill keeps growing of Sony Interactive Entertainment and Sony Pictures cross-pollination. The Ghostbusters news comes after rumors of a Twisted Metal streaming series. As well as a narrative for Marvel’s Spider-Man 2 centered around Sony Pictures Super Hero Venom. Plus rumors of a Men In Black game in the works at Sony Bend Studio. Just like IllFonic’s Friday the 13th and Predator, it is a safe bet to assume the hypothetical Ghostbuster game would be a four versus one multiplayer shooter.