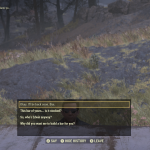 You are reading
The Ironic Enjoyment of Fallout 76 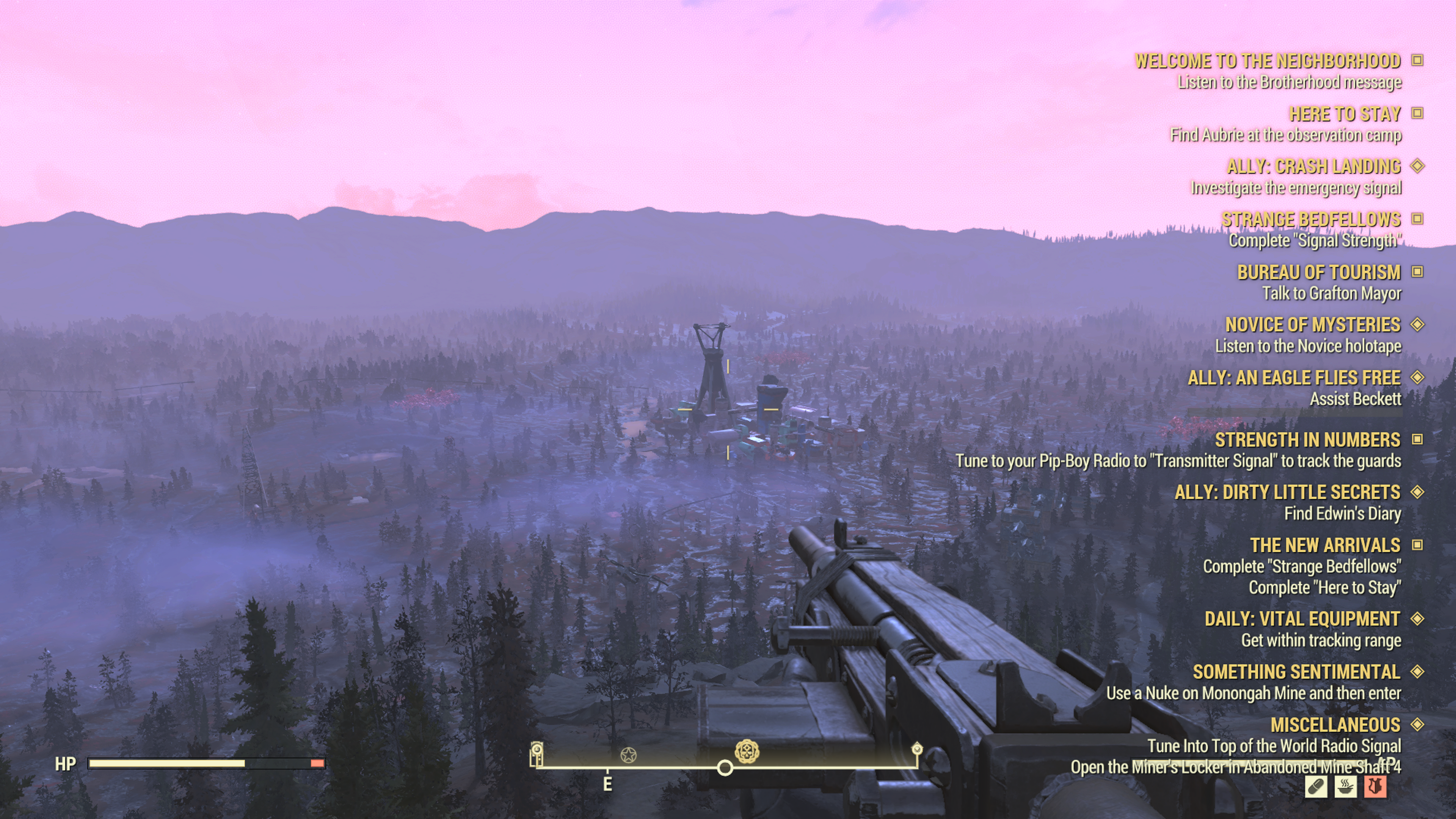 When Fallout 76 came out in 2018, the reception to it was rightfully unfavorable. A game so bad, broken, and buggy it was historic. But, like most live service games, they age and get more content. Alongside other tender love and care things to improve quality of life, like bug and glitch fixing. So what does Fallout 76 look like today? Will it be something that can only be appreciated by the people who paid full price for it? Or will it be the same old experience as it was offered at launch?

At least, this is what I thought going into the game. Embracing the core concept of Fallout 76 at launch as an MMO-lite where the only humans to find would be other players, was exciting at first. Then I woke up in Vault 76, collected my free gear, left the vault with a party cap on, and descended down the stairs. What do my eyes behold to me? It was two random humans that immediately shattered my preconceived excitement. Ignoring their existence to maintain my excitement, I ventured off into the forest to fistfight laser shooting robots, and take down a “scorch” or zombie to acquire my first gun.

The journey was starting to get spicey now. With bullets in the chamber, junk in my bag, and a whole world to explore, nothing could go wrong. Until I stumbled upon a farm down the way with a lady and talking scorch in a bit of a pickle. Someone caused a ruckus, and I had to put him down. Ah well, there’s plenty more where that came from, according to that distressed woman. So, as I ignored all the lovingly written dialogue and walked up the gates of my first bandit camp, this is when it all clicked for me. If I went into this game expecting some groundbreaking experience, I would’ve been playing this wrong. I would’ve wandered the wastelands looking for interesting exploits, but this was much more fun.

Tomfoolery in the Wasteland 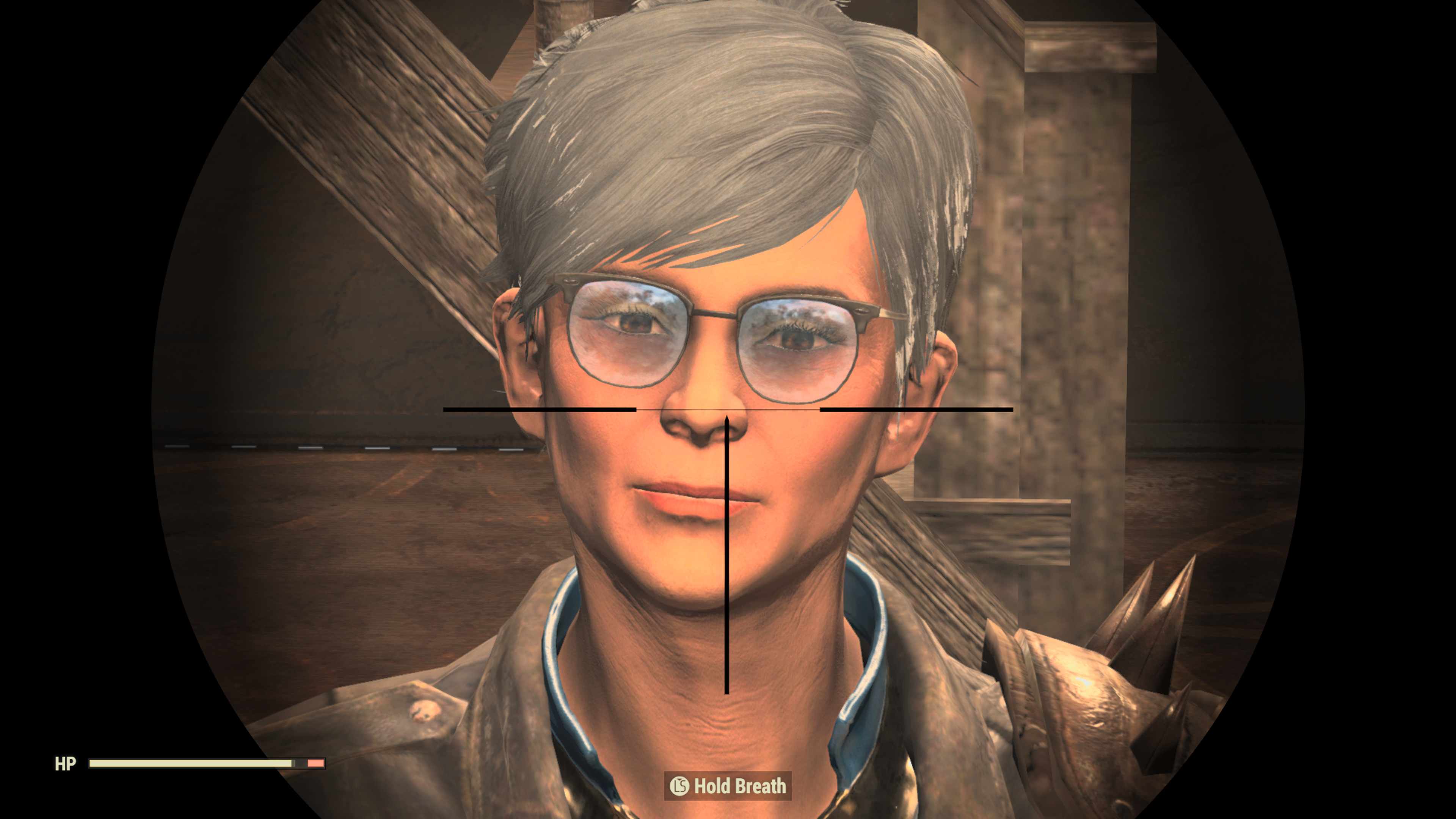 With this newfound excitement fresh in my mind for the weeks ahead, I went off the beaten path, which is actually a major strength in Fallout 76. There’s a whole of seemingly nothing to explore, but after that veneer peels, there is actually so much to find. As well as encampments to light up with pipe pistols held together by wood and a prayer. Super mutants? No problem. Mole rat things leading me to mine shafts? Sure why not? Or maybe explore a random suburban neighborhood and the remnants of a surprisingly clean mansion.

In my travels in Fallout 76, I worked my way up a mountain that housed some weird facility related to mining. As I ascended popping the heads off the mole rats along the way, I stumbled upon a workbench. It said I claimed it, not relaying what that meant at all. So naturally, I left to collect the loot that lie before me and noticed robots showing up. I don’t remember doing anything to get the attention of these enemies, but I cleared them out with haste. 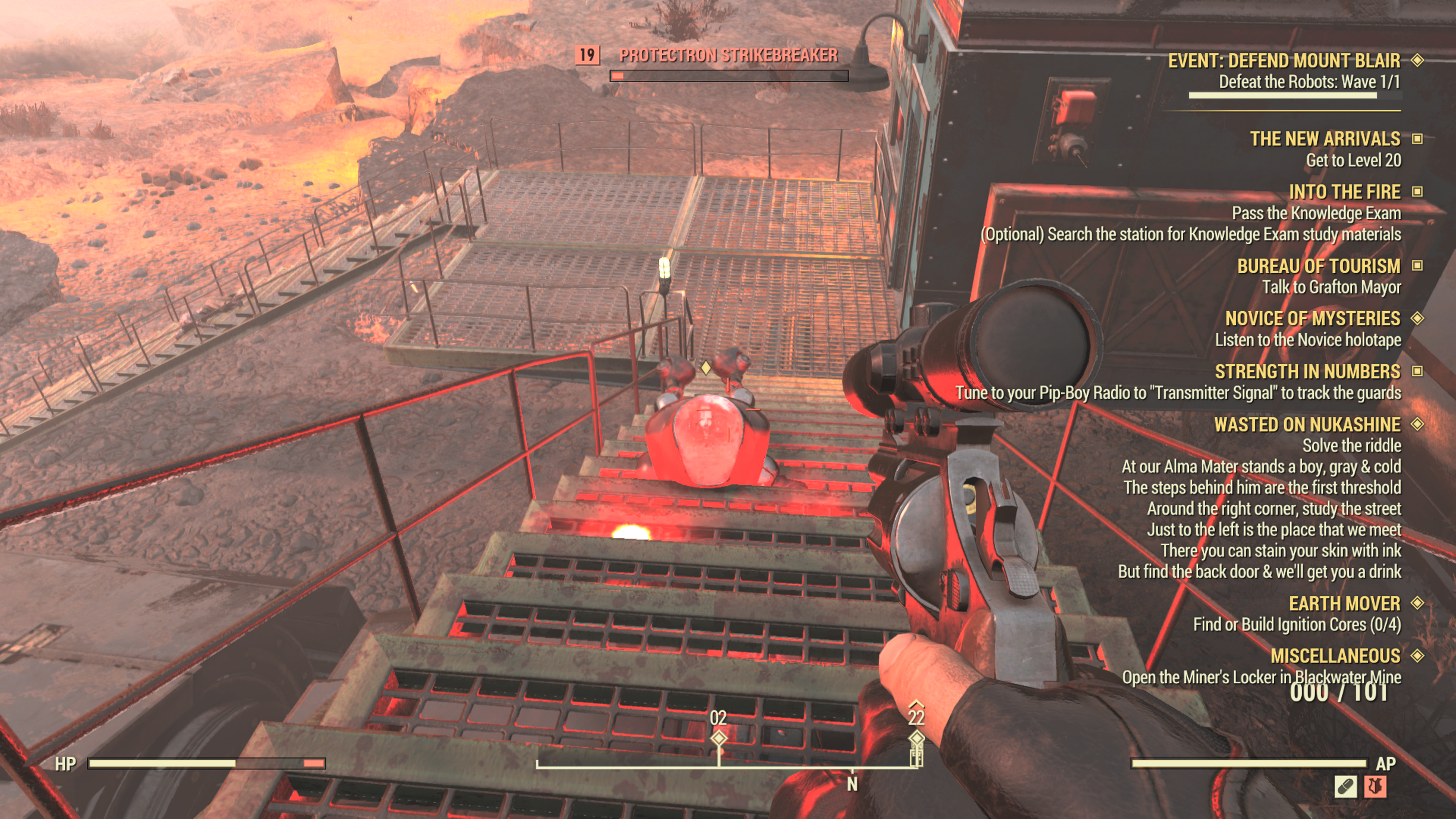 Only to find a robot stuck in the staircase trying his hardest to shoot at me. It was an admirable effort, but I had other plans for the robot we’ll call Jeff here. Clearly, his legs don’t work and he’s infected with a virus to be stuck in this depressing rut. But don’t worry Jeff, my revolver here has the cure, you won’t feel a thing. The shenanigans one can stumble upon in the wasteland create an experience I wasn’t looking for but was happy to oblige with my time with.

As the days went on, I felt lonely and wanted to drag my friend into Fallout 76 so he happily joined in for his first and only night. As we roamed the lonely, broken roadways and explored creepy-looking shacks. The game finally started to break down in place of both of us. With fog appearing out of nowhere and disappearing in the blink of an eye.

Bearing witness to a shootout between a trio of humans and super mutants where the humans leave by sliding on the terrain. It created memories I was only able to make one time alone. When ascending up a different mountain, I found a weird source of light peaking through the mountain itself. Believing if I dig here, I would find buried treasure of some sort. 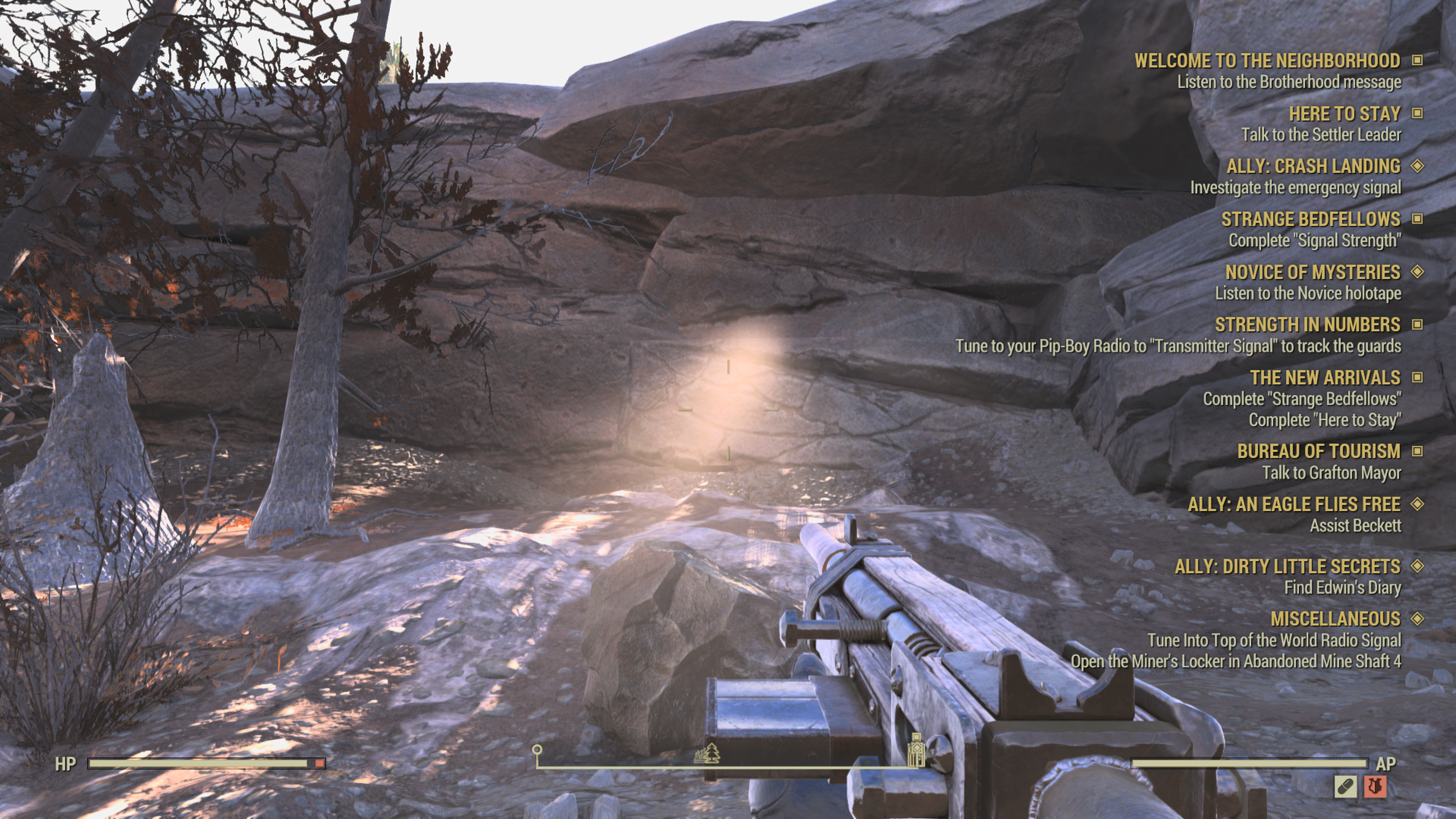 If you’ve ever been on the fence about Fallout 76 for the myriad of problems the game launched with, I cannot blame you, dear reader. But it should be noted that this game cannot and will not harm you if you decide to play as I do. To ignore the story over the fear of investment and let down. Going off the beaten path to find areas that either give me something to shoot or to wonder what these places were before the apocalypse. It’s the ideal open world, like video game junk food. Something to sit back with if you need a little escape and don’t want your brain to lose its higher functions in the process.

I didn’t go into this game expecting to enjoy it at all. But while it wanted to entertain me with lovingly written characters, and factions, or its many many holotapes. I instead found myself laughing at the fact my bullet counter and stamina meter were covered up by the very quests I needed them for. That, dear reader, is irony.

Facebook Twitter Google+ LinkedIn Pinterest Tumblr
Previous article Rumor: Hellblade 2 Set for Another Appearance at The Game Awards
Next article IllFonic May Be Working On A Ghostbusters Game