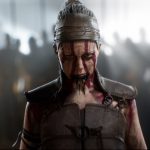 You are reading
Rumor: Hellblade 2 Set for Another Appearance at The Game Awards

Hellblade 2 news may be dropping sooner than we expected. First unveiled during the 2019 Game Award alongside the Xbox Series X console, the game was showcased to demonstrate what next-gen graphics are capable of doing. Now, it seems that Hellblade 2 might return to a familiar event once again.

Venture Beat journalist, Jeff Grubb, recently appeared on the most recent episode of the Defining Duke Podcast (Patreon membership needed). During the show, he mentioned that fans wouldn’t have to wait much longer to get another glimpse of Ninja Theory’s epic Viking saga.

The annual award takes place in December, but a date was not confirmed as of writing. It appears though that this year’s event will be held live at the Microsoft Theater in Los Angeles. Due to the ongoing COVID-19 pandemic, last year’s Game Awards Show was held virtually. Despite this, the award show was still a memorable event as the Xbox Series X was unveiled alongside Hellblade 2. So, it is a good sign that this year’s event will be held in person.

If you haven’t checked out the sequel’s trailer be sure to check it out here. If you haven’t tried out the first entry, do yourself a favor and check it out. It’s best experienced with a good pair of headphones as well. Luckily, the game is available on Xbox Game Pass on consoles and PC.

Hellblade 2 Building on the Success of Its Predecessor

The first Hellblade was a riveting experience. Players explored the fragile, yet determined, Senua as she descended deep into a chaotic adventure. The game was praised for its excellent graphics, sound design, and portrayal of mental health issues. In fact, Hellblade was recently optimized for the Xbox Series X/S. So, gamers can expect the sequel to turn it up a notch or two.

Based on last year’s trailer, Hellblade 2 scope has been drastically expanded. The growth in scope is likely due to Microsoft acquiring the UK-based developer back in 2018. Ninja Theory showed glimpses of behind-the-scenes development. The game is shaping to be quite an impressive feat and Ninja Theory is meticulous in its attention to detail when it comes to its games.

Of course, like anything else on the internet, take this rumor with a grain of salt. Although it’s worth mentioning that Jeff Grubb has a proven track record. But it’s always better to be on the safe side.

Have you tried out Hellblade before? Are you excited about the sequel? Let us know in the comment section below.