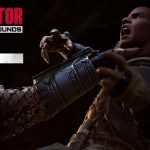 You are reading
Predator: Hunting Grounds Weekend Trial Shows Many Flaws Ahead of April Launch

One of my very few complaints about PlayStation this generation has been their lack of multiplayer-focused experiences. While PlayStation has delivered nothing but amazing single-player experiences. With games such as Marvel’s Spider-man, God of War, Bloodborne, Horizon Zero Dawn, and many more. However, as a long time PlayStation fan, I still think back to the amazing multiplayer experiences that were offered up in past generations. Games like Killzone 2, Warhawk, and Socom were in a steady rotation alongside Halo and Call of Duty. This was why, when it was announced during Sony’s State of Play. Predator: Hunting Grounds immediately caught my attention.

The game was being developed by Illfonic the developers behind the Friday The 13th game. While that game had plenty of issues, it was a learning curve for the studio and they handled criticism in stride. Working diligently with fans to try to correct issues and concerns. This plus the partnership with Sony made this feel as if they could really make something special. However, as I spent time with the game while there were some good aspects of the game, there were also some glaring issues that were hard to look past. 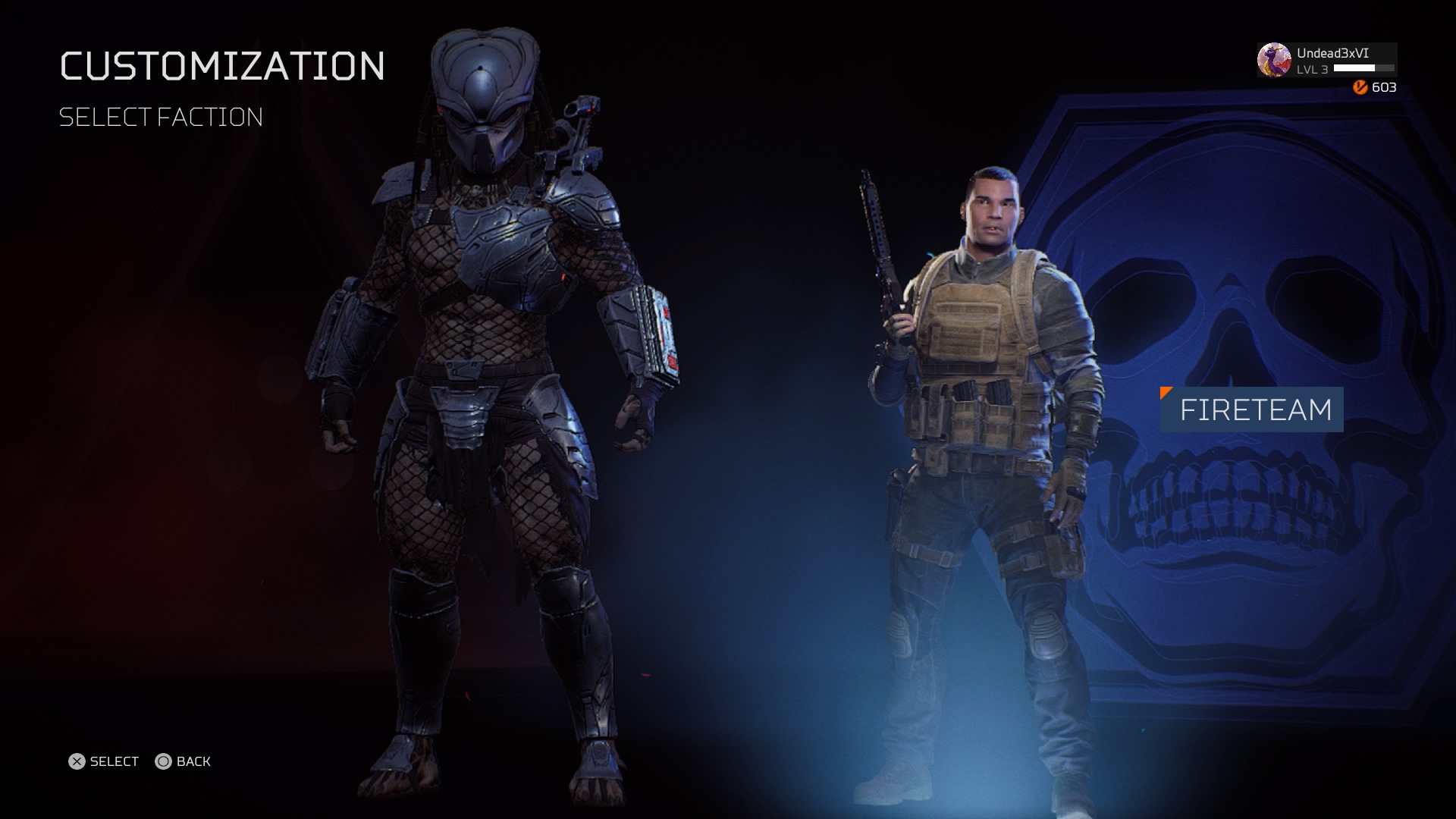 The whole premise of the game is 4 players completing military-based objectives while dodging Predator in a very intriguing gameplay loop. When you are playing on a fireteam squad of 4 human players there are multiple things you have to worry about. You have to divide attention between completing objectives, eliminating AI militia and the ever-watching Predator. It creates a need for teamwork between all 4 players to properly tackle objectives. If you don’t you can quickly find yourself dealing with a swarm of militia and a bloodthirsty Predator.

There is nothing overly complex about this game, whether you are playing fireteam or the predator. It was very easy to jump into the game and start playing without too many hiccups. The objectives while on fireteam were clear and concise. While playing the Predator it took a few minutes to adapt to using the character. It quickly became a cool experience to operate one of the most badass characters in films of the late 1980s and early 1990s.

One of the first things I noticed was how grainy the image quality was as soon as I entered the game. I am not a graphics stickler at all when it comes to games, especially betas. However, this was terrible. Clipping through trees and fauna, running animations bugging out. It was incredibly annoying when playing as the Predator where the gameplay focuses on you maneuvering through the trees. Stalking the fireteam then clipping through a tree to land right in the middle of them. Or even worse clip through the map. This wasn’t even the worst of it. 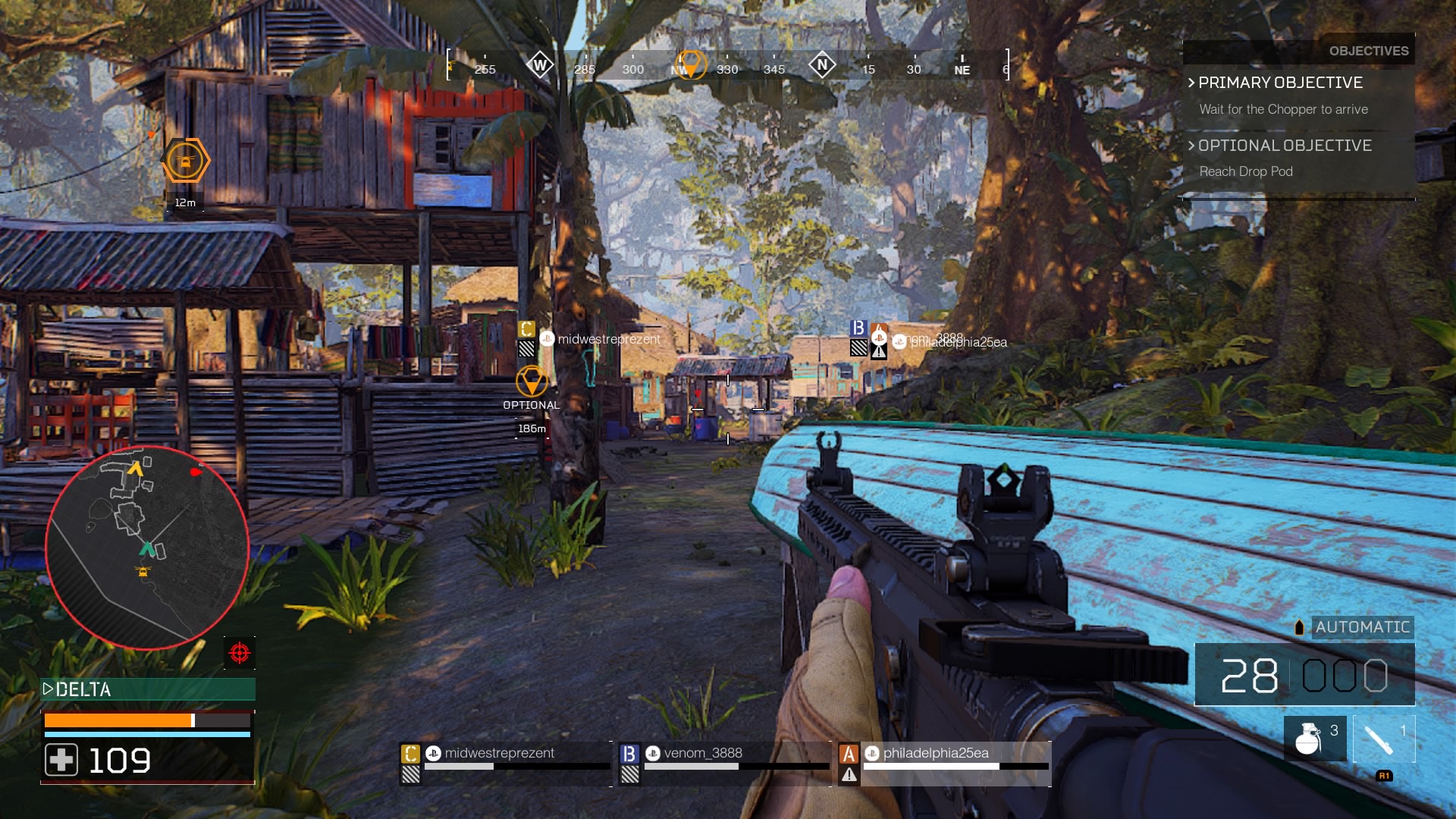 Framerate drops were consistent and terrible. This was especially apparent when aiming down the sights of your weapon. This would frequently cause a screen framerates hiccup as you zoomed in and out. Framerate drops got even worse when more AI bots would appear on the screen. If a camp alarm went off triggering reinforcements the game would cause massive framerate drops or even freeze temporarily.

Now keeping in mind, that this is, after all, a trial and not the finished game. It was still insanely frustrating in how long it took to find matches during peak times. At 6 PM EST, it took me anywhere between 7 to 12 minutes to find a match. This was consistent across the whole trial. With the exception of Sunday where I was able to find games typically after 5 to 6 minutes of searching. I ended up spending most of my time in Private matches with friends due to this. With plenty of player feedback, I imagine it will be something Illfonic will be working on leading up to the game’s launch.

Lootboxes In a Paid Game

This is more of a personal issue for me. I have never been a fan of loot boxes within paid games. I have no issue with developers having to find profit within a multiplayer game, through microtransactions. However, it’s all about how you choose to monetize your audience. In a world of battle passes charging a one time charge per season averaging $10 to $15 USD. During the trial the game used in-game currency to unlock these boxes. There is no information at this time whether these boxes will be purchasable with real money. I just hope that the developers look for a different direction into monetizing this game long term.

I use this point as a player of a lot of multiplayer-focused games. I would prefer to use in-game currency to pick and choose my customizable items to unlock them rather than unlocking them via RNG. Even if “premium” skins are introduced in a similar style to Fortnite, I would have no issue with this. As I would rather choose what I purchase with my money, versus paying for a random roll.

Predator: Hunting Grounds even in its trial form looks like a game in a very late Alpha stage at best. This is concerning due to the fact this game launches in just a little over 3 weeks. With the massive list of issues, the team at Illfonic has their work cut out for them. I hope with my heart that the team manages to pull all the pieces together and launch a successful game. However, after this trial, I will be waiting till post-launch to see if this game is worth my money.

Did you play Predator: Hunting Grounds? Let us know your thoughts in the comments below and don’t forget to check back for the latest gaming news and information.