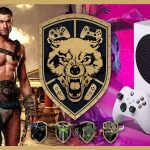 Welcome to another episode of The Iron Lord Podcast. The Roundtable is joined by Asa of GameOnDaily! The Lords discuss his videogame history; his journey into content creation and journalism aggregation; Playstation Spartacus set to rival Xbox Game Pass; Xbox Series S wins Black Friday, and Vince Zampella leading Battlefield! ILP 236 is in the books!

22:39 – @LordCognito is up with “Lordly Introductions” for this week’s guest & friend to the show, Lord Asa of GameOnDaily!

01:14:34 – Lord Asa talks about his journey to becoming a content creator & everything #GameOnDaily !

03:47:05 – The Lords talk about the recent appointment of
#RespawnEntertainment Co-Founder #VinceZampella over the #BattlefieldEA property!