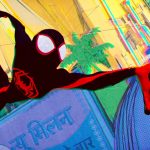 You are reading
Spider-Man: Across The Spider-Verse Revealed

This is the season of Spider-Man. The popular webhead dominates the hearts of fans worldwide. Subsequently, fans are eager for the release of Spider-Man: No Way Home. The MCU is further pushing the Spider-verse narrative with this film. However, fans are in for a surprise treat from Sony Pictures Entertainment. Many web slingers are set to collide in 2022.

Spider-Man: Into The Spider-Verse is critically acclaimed. It won the academy award for the best-animated film in 2018. Additionally, the film expertly blends the Afro-Puerto Rican experience within the art style and music. Finally, fans receive the first trailer for the sequel.

The trailer begins with a scene mirroring the end scene of the first. Miles Morales is relaxing in bed. The catchy tune of “Sunflower” plays in his ear. Then, fan-favorite Gwen Stacy interrupts via a strange portal. The scene is now fully played out within the trailer. Miles and Gwen have noticeably aged and matured. They each sport updated costumes as well. The two play coy with each other until Gwen seemingly kickstarts the next adventure for Mile across the Spider-verse. 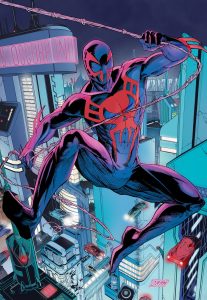 The trailer reveals a potential antagonist to Miles. Miles seemingly flees from a new Spider-Man chasing him down. Additionally, scenes unfold Miles being caught and grappled repeatedly as they fall. Falling through the high-speed city is a trademark move for Spider-Man 2099.

This new Spider-Man is one that appeared in the post-credits scene for Spider-Man: Into the Spider-Verse. Spider-Man 2099 is Miguel O’Hara in the comics. Previously, Miguel constructed a device to traverse the multi-verse. The post-credits scene showed he was actively seeking other web slingers. The purpose is still unknown. However, it may be a ploy to help save the Spider-verse. On the other hand, he could assess other versions of him are too dangerous to be left alone.

This could explain the hostility shown in the trailer. Miguel is either recruiting Miles are simply capturing him. Regardless, Miles does not appear too happy about the ordeal. Spider-Gwen and the other fan favorites from Into The Spider-Verse will most likely be a focal point once again. Gwen Stay is a safe bet at the very least. 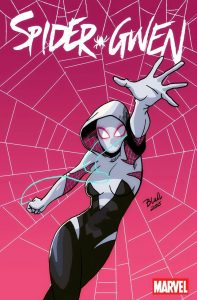 The trailer ends with further excitement and speculation. A “Part One” is being tied to the title. How many parts in total is hard to say. However, Miles Morales and Gwen Stacy are growing increasingly popular. There are many heroes within the Spider-verse of the comics as well. Meaning, there is plenty of inspiration. Spider-Man: Across The Spider-Verse could easily be heralding a new trilogy. Fans will not have to wait long, as the movie swings into theaters in October 2022. Which Spider hero would you like to see in the new film? Let us know in the comments down below. 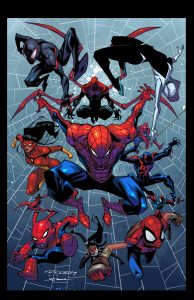