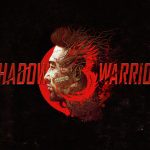 Shadow Warrior is back, baby. The game is the direct sequel to 2016’s Shadow Warrior 2 (go figure). Luckily, Shadow Warrior 3 stays true to its offbeat and over-the-top roots. This time, though, it is essentially a love letter to id Software’s DOOM. However, it is clear that there are some rose-tinted glasses at play here.

A Story to Forget

In Shadow Warrior 3, you play as Lo Wang,  a corporate enforcer-turned-freelance merc. You have joined forces with your former enemy and employer Orochi Zilla to track down and defeat an ancient dragon they accidentally awakened. Of course, the awoken dragon has also brought about an invasion by a demon horde.

Although the characters are nothing more than caricatures, the same treatment is also applied to the story. The game is essentially a race to stop impending doom and does not inspire or do much. We get a little betrayal and some end of days jargon, but in the end, the story is an afterthought. However, people do not play this kind of game for the story. Luckily, the gunplay is tight and fun throughout the 8-hour experience.

Let’s not beat around the bush, Shadow Warrior 3 absolutely nails gunplay. It is fun, bloody, and frantic. DOOM is a major influence here and the game does not try to hide it. Shadow Warrior 3 is reminiscent of FPS games from the early 2000s. Games like Unreal Tournament come to mind. Games where split-second, hair-trigger reaction times are key to survival and success.

Shadow Warrior 3 has distinct combat zones. Once Lo Wang enters these zones, all hell breaks loose. Demons of all shapes and sizes immediately go into aggro mode and are hellbent on taking you to the shadow realm. Movement is swift and sudden, as is the shooting. Each weapon has a distinct style to them and no two weapons handle or debuff the same. There are not a lot of weapons in the games, but they are diverse and feel unique. For instance, the dual SMGs, the Sidekicks, can be upgraded to provide shock attacks on enemies. While, my personal favorite, the Basilisk, is a powerful long-range weapon that has to be charged between shots. You can upgrade the weapon so it can penetrate through enemies.

There is plenty of variety of demons to fight in Shadow Warrior 3. Some have their own distinct weak areas to pinpoint. Such as the slinky Jakku. These accordion-esque enemies have a nice bright yellow spot on their base that you should absolutely unleash on. Or take the Laser-shogun demon. One chi blast exposes a yellow crystal formation on its back that is just calling for all that you can dish out. And oh boy is that fun. 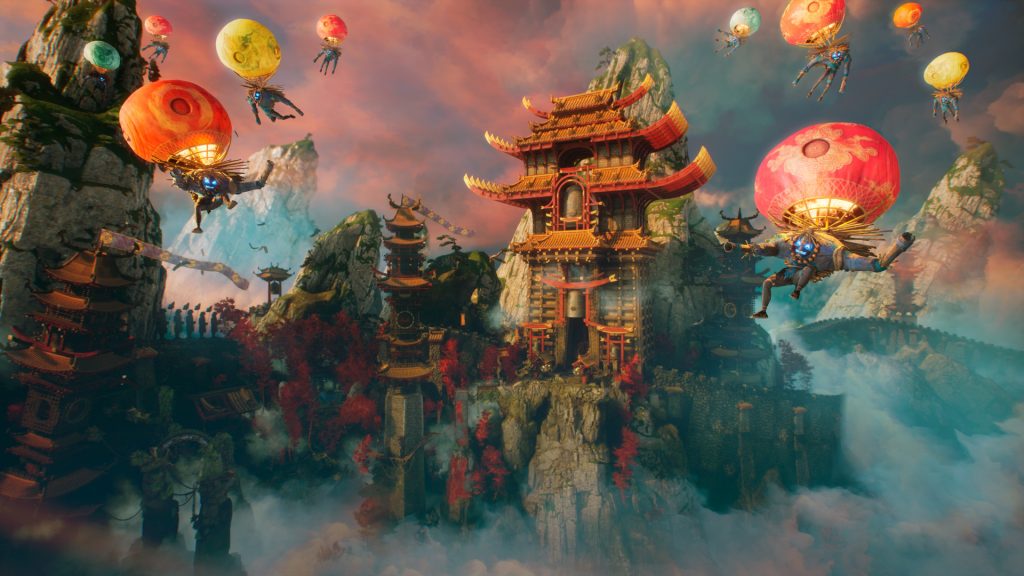 In the graphics department, Shadow Warrior 3 is fairly high quality, but nothing too spectacular. Character models and gun designs are fantastically detailed. In fact, the Riot Gun is pretty much the DOOM shotgun with a coat of Shadow Warrior paint on it.

Although the environments are bland and inconsequential, they maintain a Far Eastern mystic feel throughout the experience. However, they do not do much to be captivating in any meaningful way. By the end of the game, the environments were nothing more than dull backdrops, and it feels like more could have been done in this arena. Especially the environmental traps, which were highly enjoyable to use against demons. But they are few and far apart and are the distinctive feature of the environments.

All this means that you can basically sprint from one combat arena to the next with little regard for the world around you.

Lo Wang also possesses the ability to unleash a Chi blast. I wish it could describe it as devastating, but it was the equivalent of a telekinetic schoolboy push. Sure, there are spikes that you can push smaller demons into. Unfortunately, it was blatantly obvious that the developers put a lot of emphasis on these environmental kills triggered by Chi blasts at the beginning of the game. Once you passed the midway point, these traps were so few, they eventually became an afterthought. 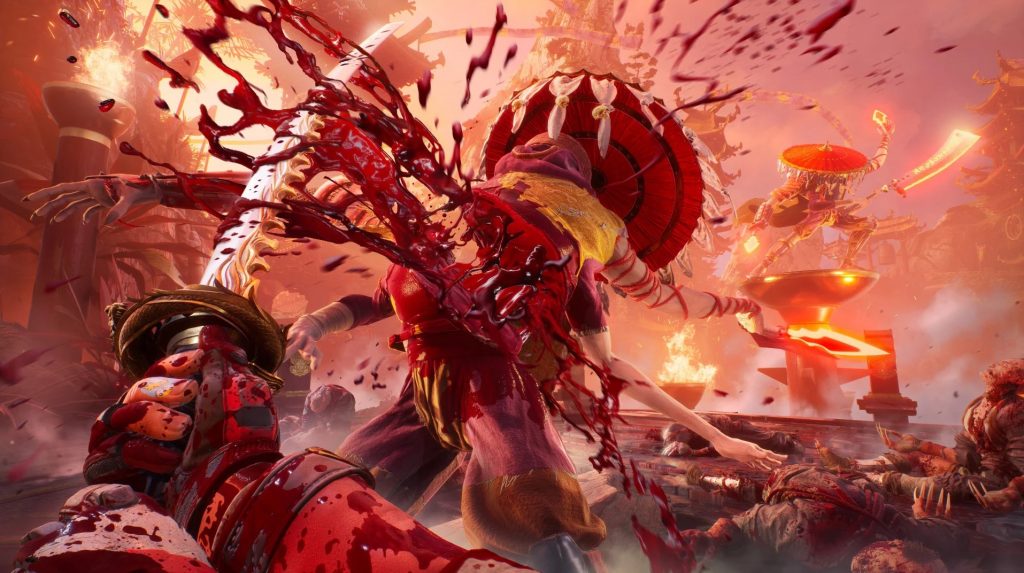 Best of all, the right click unleashes your handy Katana, aka the Dragontail. This comes in handy when facing bullet spongey enemies as you buy time for ammo to reappear in their allotted locations in combat zones. Nothing is quite as satisfying as switching it up between guns and swords, creating intricate melodies of death, blood and gore. Speaking of gore…

Once again, DOOM is in the spotlight in Shadow Warrior 3. Lo Wang can unleash his inner demon and dispose of enemies in the most spectacular and gruesome ways possible through finishers. Similar to DOOM, once you’ve collected enough energy, you can unleash a finisher on enemies. Bigger enemies mean you need you collect more energy before you can use a finisher on them.

Each finisher is unique to the demon and is satisfying to pull off. In fact, it is best not to be stingy as they provide a much-needed health boost when things get rough. Some finishers also net you certain weapons or debuffs like freeze or special melee weapons. It is a nice touch that adds a little bit of flair to finishers. Not only that, they do help when things get rough.

Grappling is in Style 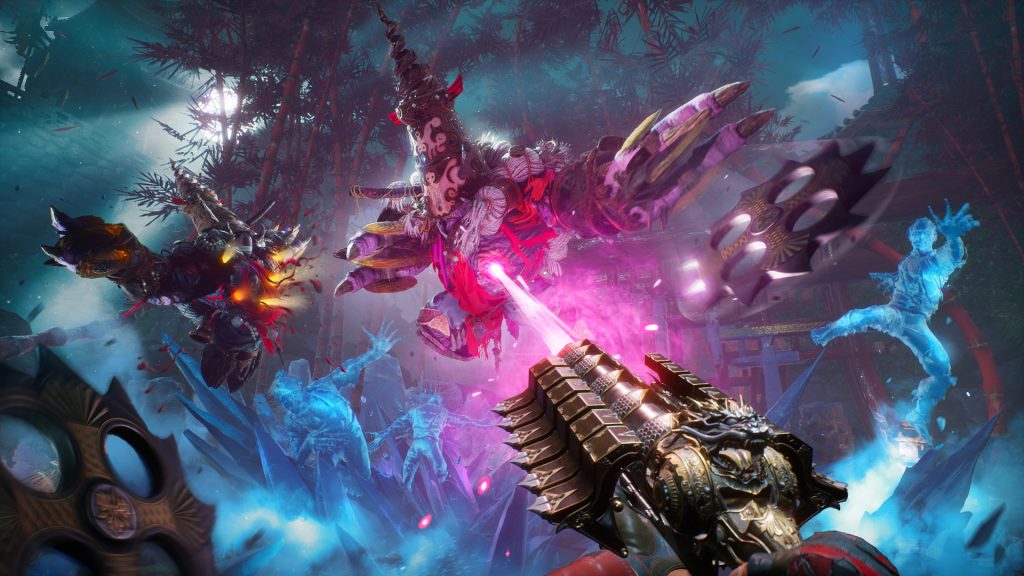 Like DOOM Eternal and Halo Infinite, Shadow Warrior 3 is bringing grappling hooks back in fashion. The game allows you to zip through combat sections with green hooks hanging around. Grappling is also a main focal point of the traversal sections of the game. It complements the wall-running aspect well and the traversal segments are fun for the most part, but will hardly have you breaking a sweat. The same applies to combat.

Although the game gets frantic in the combat zones, it is not a challenge at all. Especially after you unlock certain character and weapon upgrades like the Spawn Ammo and Spawn Health abilities. Lo Wang will hardly have to worry about running low on health or ammo again.

Smile for the Camera

Shadow Warrior 3 has a distinct sense of humor that is present throughout the game. And when I saw distinct, I mean forced and at times cringe. At some points, I did actually laugh. But for the most part, the script sounded like something out of a Michael Bay flick from the late 1990s. It is appreciated that the game does not take itself seriously, but it does not have to try so hard with its stale quips.

Surprisingly, Shadow Warrior 3 featured a lot of cutscenes. They usually occurred right after combat segments. You can always recognize when a cutscene was around the corner because the frame rates would tank hard. That’s probably because cutscenes were in 30 FPS and are a drastic change from the high frame rates (around 90-110) on my tuned rig.

Remember when I said that combat was fast and frantic? Well, the performance is almost the same, except more on the frantic side of the equation. Shadow Warrior 3 has a lot going on in combat sections. This creates a lot of very noticeable frame dips during combat. Add that with the cutscene FPS tanking, and you get a very disjointed experience on the technical side.

Although Shadow Warrior 3 is not too buggy, there were some eyebrow-raising bugs to contend with. One of them took place in a combat zone that did not want to end…ever! I played that particular zone for well over 10 minutes, which is far longer than the typical combat segment. I exited the game and rebooted and it the game allowed me to progress. So it was not a big deal.

What was annoying though was the bland linear experience of the game. It is always combat, cutscene, traversal section, and repeat. Over and over again. By the end, it felt like a drag and the bland environments did not help add much-needed change to the experience. I was surprised the game did not feature more boss fights, as these segments were enjoyable and changed the pacing a bit. But alas, it was another missed opportunity. 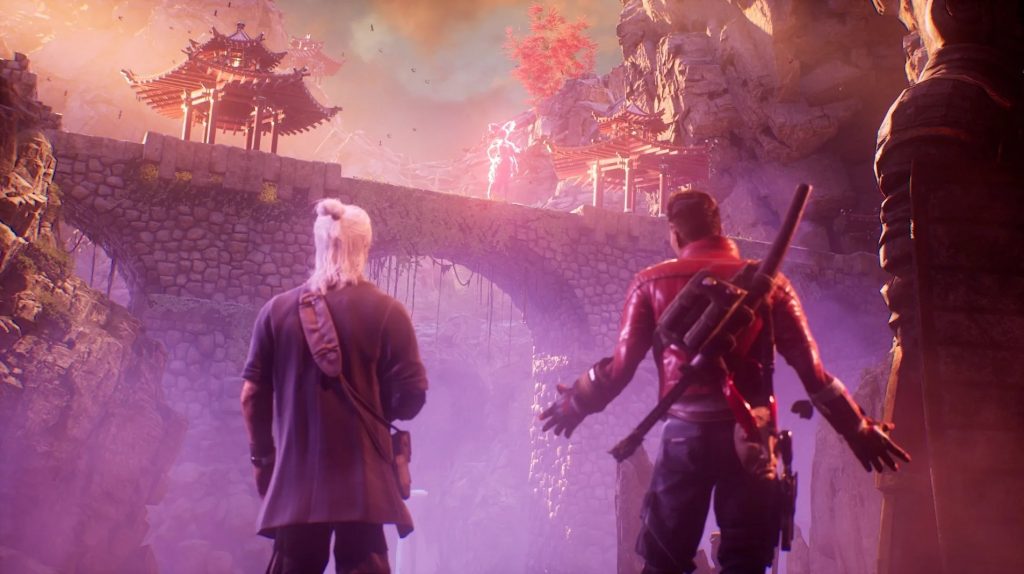 Overall, I enjoyed my time with Shadow Warrior 3. The game will never be the talk of the town, but not every title has to be. Gunplay is fast, frantic, and more importantly, fun. Those who enjoyed the DOOM franchise will feel right at home here. Maybe a little too much. Traversal sections are fun, though uninspiring. Graphically, the game looks great and complements its offbeat nature nicely. However, the bland level design, environments, flaccid Chi blasts, and inconsistent performance bring it down a couple of notches. But I can comfortably say that Shadow Warrior 3 will be one of the best-hidden gems of 2022.

Note – the publisher provided a key for the purpose of this review.