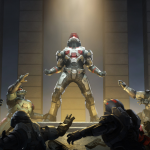 Halo Infinite is quickly losing traction. The game launched with stellar reception, yet the developers are struggling to keep up with the demand for content. 343 (successors to the Halo franchise) persevere in uncharted territory. Specifically, this studio finds itself transitioning into a live service model, which is not an easy feat. 343 extended season one to combat bug fixes and lack of playlists inside Halo Infinite. However, they continue to proceed with caution as season two Lone Wolves will be six months long.

Lone Wolves is the next season inside Halo Infinite. 343 aims to bring new content to satisfy the player base. First, season two will bring two new maps. Catalyst is an arena map set in an abandoned Forerunner edifice. Chiefly, it features a central light bridge and brings a classic Halo experience with the encompassing forerunner architecture.

Next, Breaker is a larger map for big team battle. This map takes spartans into the shipbreaking yards of the Banished. A giant plasma cutter is featured in the center of the map surrounded by ship debris and other hazards. Additionally, Lone Wolves brings three new game modes.

However, this is most likely not their last or final attempt. A larger and more complete Halo: Infinite battle royale is heavily rumored of being worked on by co-developer Certain Affinity. This seems plausible as it gives 343 room to focus on new content and old promises for Lone Wolves.

Season two of Halo Infinite launches on May 3. Yet, its launch day will not bring the highly anticipated Forge mode or campaign co-op. 343 needs more time and Joseph Staten (head of creative for Halo Infinite) has iterated their primary concern is employee health and wellbeing. Therefore, this season is also longer than planned lasting from May 3 to November 7.

Campaign co-op is predicted to be available in August and a Forge beta in September. Additionally, Lone Wolves promises new narrative events for multiplayer and an unknown Fracture event. 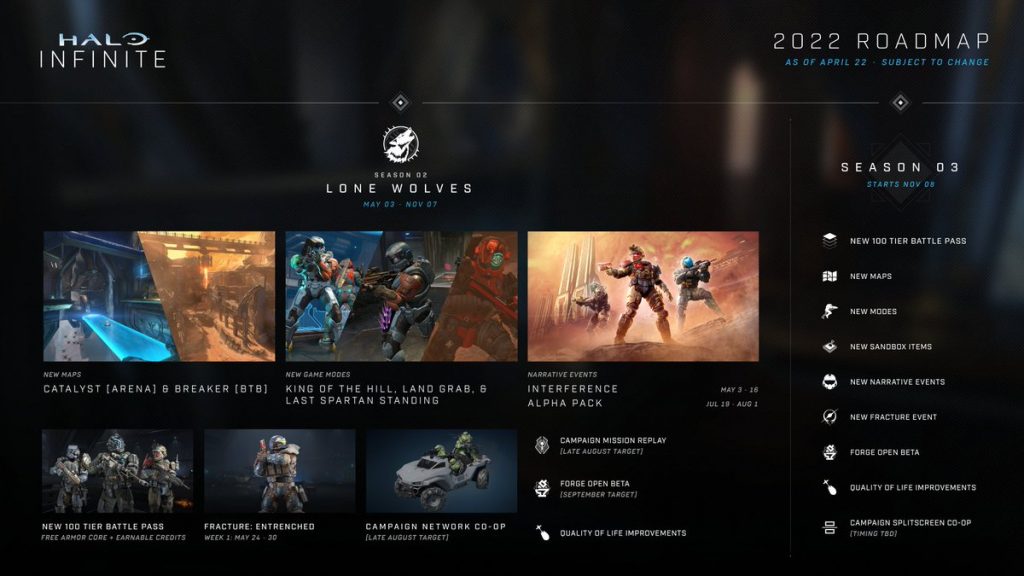 A follow-up six-month season is a letdown on paper. However, the season can triumph with 343’s dedication to the title. A crossover with the Halo Paramount+ series is in the works. Lone Wolves seems to be the iconic season for Silver Team. After all, their team emblem is a wolf.

Regardless, this season needs a healthy amount of content to thrive. 343 is in dire need of a win. Developing a live-service game is not easy. Hopefully, season two will be the turning point for Halo Infinite. You can find the recent blog post for Lone Wolves here. What are you hoping season two will bring? Let us know in the comments down below. Stay frosty spartan.