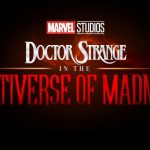 You are reading
Dr. Strange and the Multiverse of Really Freaky Imagery

Dr. Strange and the Multiverse of Madness is difficult to even call the latest Marvel movie in a franchise that is coming close to spanning two decades. The Marvel movies have, since basically Avengers in 2012, stood on a line of mid-level PG-13 action movies. Films that are a popcorn rollicking good time, but have little real message to impart or any real level of violence. They are the true inheritors of the Christopher Reeve Superman films in all the ways that Zack Snyder and Christopher Nolan’s DC films are not. Which brings us to Dr. Strange and the Multiverse of Madness which is not so much a Marvel movie as it is a horror film that just so happens to star everyone’s favorite Sorcerer.

Dr. Strange and the Multiverse of Madness has more in common with the Terminator than a Marvel film. Jokes are few and far in between. As are moments for the two leads, Dr. Strange and America Chavez, to get to know each other. Stephen Strange, while being a character formed in the Tony Stark mold, manages to carve out his own place in the pantheon. While he still has the arrogance that is a prerequisite to his character, here it is blunted at every turn. His love interest, Christine, is marrying another man that she fell in love with while Strange was dusted. He is not the Sorcerer Supreme, that honor belongs to Wong. To cap things off, he is the newcomer to the multiverse with America as the experienced traveler. It is curious then that the growth the film attempts to convey is that Strange needs to get away from ‘always having to be the one holding the knife’. Yet, he so rarely, either here or in Infinity War, is the one holding the knife. It is a curious bit of theming that does not particularly hold up to close examination.

What does hold up, is the Terminator meets the Ring turn for Elizabeth Olson who stalks America and Strange through the endless Multiverse. She is an absolute menace. Many of the films most haunting and eye-popping moments belong to her. I had problems with the way WandaVision ended with Wanda waltzing off into the sunset to study the Darkhold. Here her corruption is on full display. Desperate to be reunited with the children she created, Wanda’s obsession sees her engaged in increasingly desperate and more deplorable actions. Wanda is relentless. She is terrifying, and Elizabeth Olson is even more of a revelation in the role. She is an outlet for all of the body horror trademarks that Sam Raimi is known for. Make no mistake, this is a Sam Raimi film through and through. 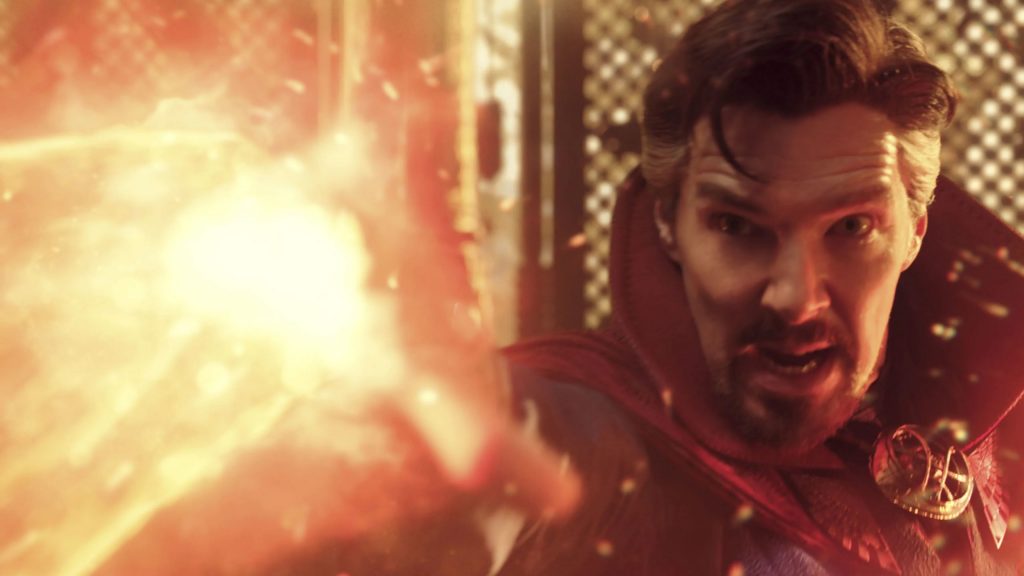 Dr. Strange is a character born of the psychodelia age. His comics have been home to trippy visuals from the days of Steve Ditko to the modern era of Chris Bachalo. The first film, dipped this world with its Inception style cityscapes. Here, the film gives a nod to that artistic vision, but then careens off at a thousand miles per hour in its own direction. The film showcases a dozen different universes with their own styles and physics. It also spends a lengthy amount of time in two universes in particular. Each of these presents a dichotomy of utopia and dystopia hinging upon choices made by Strange that position him to play the key role in the MCU going forwards. The visuals are arresting, especially the musical duel near the climax. The film presents a vision of spell-casting that really expands the framework for what magic can be in the Marvel Universe. It sets a bar far beyond anything that even the Harry Potter films attempted.

Of course, the visuals come into play in even more striking fashion when it comes to the body horror on display. The confrontation between Wanda and the Illuminati kicks off in gut punching fashion. Bones bend in excruciating contortions.  The triumph from five minutes earlier seeing Reed Richards and Professor Xavier on screen together turns into skin crawling horror as the heroes are shredded before your eyes. Yes, these are alternate versions of these characters, but the level of sheer violence on screen is far beyond anything the MCU has come close to in the past.

The MCU has drifted since the conclusion of Endgame. The newest round of films, Shang Chi, Black Widow, Eternals, Spider-Man: No Way Home, have been adequate torch bearers, but none have felt like they have pushed the narrative of the universe forwards. Instead they have been filled with half-hearted cameos that have little real staying power and in some cases make little real sense. Here the film establishes the next generation of stakes for the Marvel Cinematic Universe. Since the conclusion of Endgame there has been a real question about what the next threat Marvel would put in play. Now it is fairly clear that the threat is that of incursions and paves the way for Dr. Doom to enter into the MCU. Though perhaps in his guise as Rabum Alal as he did in the Jonathon Hickman run of Avengers which introduced the incursion concept. The incursions place Dr. Strange and America Chavez at the center of the conflict in a way that justified their appearance in some of the other films.

Speaking of America Chavez, she is barely a character in this film. She is a sentient MacGuffin. The film goes at a breakneck pace and the casualty of that pace is America. Aside from a single brief, and oddly placed flashback, there is little chance for her to grow over the course of the film. Her relationship with Strange is contentious from the start. Over the course of the film, he earns her trust, but it feels hollow. At every turn they both happen to be running in the same direction rather than supporting one another and growing together. I look forward to more of her in the future, but right now there just is not much for her to do besides run. 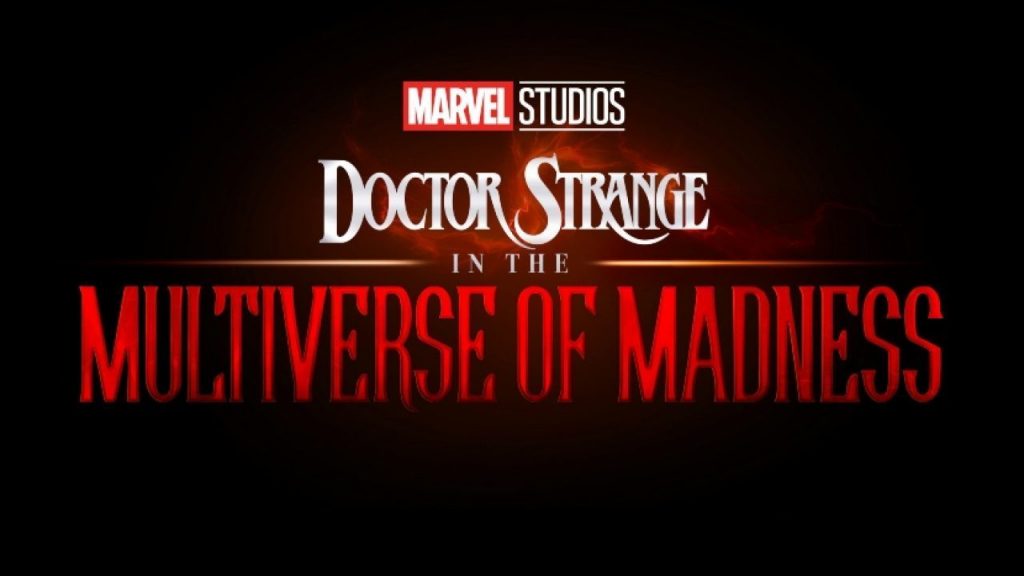 Marvel deserves all the credit for letting Sam Raimi make a movie his way. Not since Guardians of the Galaxy has an MCU movie had the signature of its director written so clearly on it. The film abandons so much of what makes a Marvel movie a Marvel movie. This is not a movie that kids should see. In fact, I warned my brother away from taking his early teen kids to see it. It not only is a horror film from a visual perspective, but it is a dark movie thematically as well. Strange defeats his opponent by possessing his own corpse using the very demonic book that corrupted Wanda. While consequences for this are left for the next movie, I can not recall a super hero movie where the hero uses evil to fight evil successfully. From the standpoint of the Marvel films which have pretty squeaky clean morality at play, this is a real swerve.

There have been justifiable complaints that the Marvel films feel too same-y in tone and execution. Thor quips as much as Spider-Man as much as all of the Guardians. While this has given all the films a cohesive feel, it has felt restrictive. That mold is shattered by Dr. Strange and the Multiverse of Madness, though obviously time will tell if that mold stays broken.

The Possibilities Are Endless

The disconnect between how I felt walking into Dr. Strange and the Multiverse of Madness and how I felt walking out is monumental. This film defied so many conventions that Marvel has established. They let Sam Raimi make his movie, as opposed to bending him to the corporate will. Dr. Strange is a film that is dark and terrifying. It will have you cheering and gasping in horror in wild emotional swings that I did not think possible from a superhero movie in the year 2022. It is not a film I would recommend to everyone, and in fact I have warned several people about the film since the marketing was deliberately obtrusive. However, I believe it is an important Marvel film for establishing the next phase of their universe.