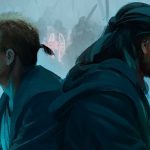 You are reading
Obi-Wan Kenobi: Where to Start Before the Show

Obi-Wan Kenobi debuts next week. This show follows Obi-Wan after the events of Revenge of the Sith. Additionally, Obi-Wan will face his past in addition to the Empire on the sands of Tatooine. Disney+ is sure to deliver another spectacular Star Wars show. However, the franchise extends far beyond the movies and live-action. Obi-Wan has a lot of trauma to deal with that may be explored here. It might be worth your time to learn them yourself before watching the show. Therefore, here are impactful events in Obi-Wan’s life and where you might find them. 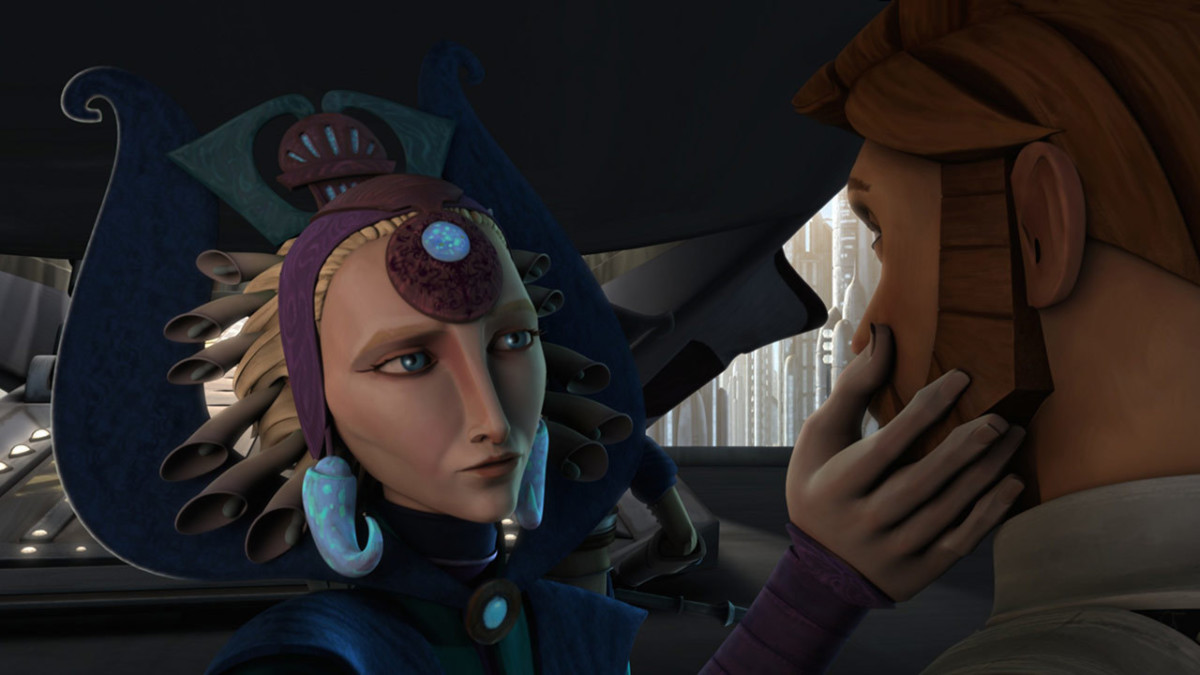 Jedi steer away from emotional attachments. This lies at the heart of the Jedi code. Obi-Wan Kenobi portrays the model Jedi to many fans of Star Wars. Yet, he himself is multilayered, and at times a deeply flawed character.

Everyone knows of the doomed love between Anakin Skywalker and Padmé Amidala. However, Obi-Wan and Duchess Satine Kryze’s relationship is known by far less. Duchess Satine was the ruler of Mandalore during the age of the Galactic Republic.

Chiefly, she championed pacifism amongst her people and quickly took a liking to the patient Jedi Knight Kenobi. She was the love of his life. The impact of their relationship forever shaped Obi-Wan. She can be found through the animated show Star Wars: The Clone Wars on Disney+. Predominantly, she is featured in season two: episodes 12-14, and season five: episode 16.

The Clone Wars was a horrific time of war throughout the galaxy. Jedi Knights and the Republic were rarely clear-cut heroes. Obi-Wan is no exception.

There are times when soldiers must make difficult choices for what they believe in. Additionally, Obi-Wan undertook a deep cover assignment. This mission strained his relationship with Anakin and showed a darker side of the otherwise virtuous Jedi Knight. Obi-Wan’s deep cover can be found in The Clone Wars season four: episodes 15-18.

Duel of the Fates 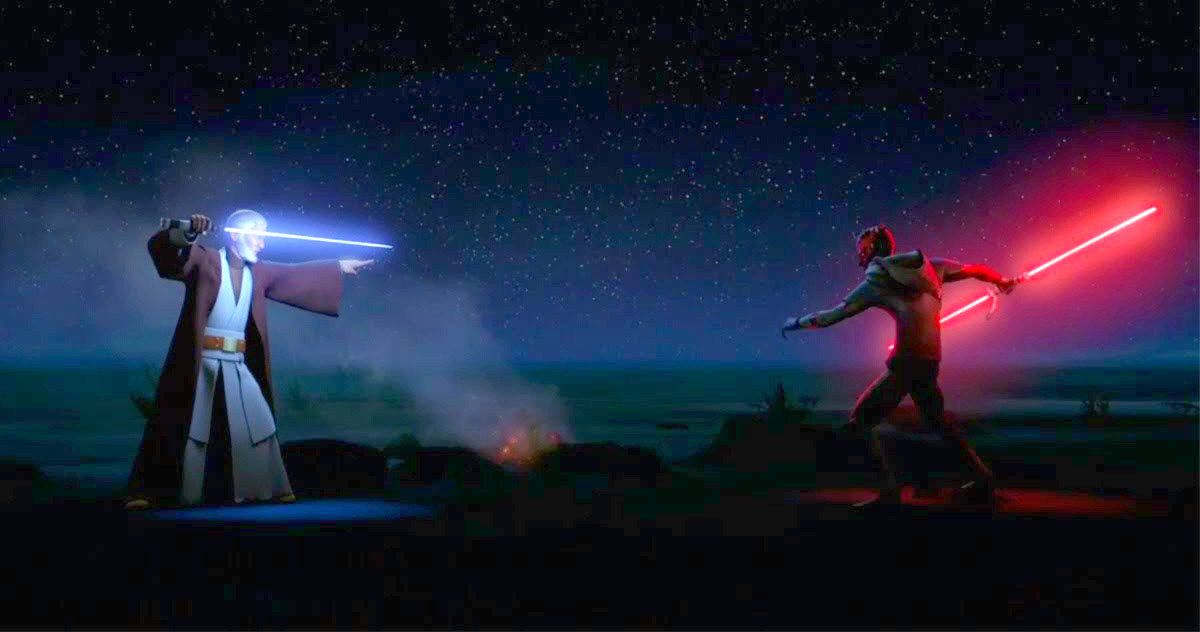 The Phantom Menace establishes an iconic rivalry between Darth Maul and Obi-Wan. this is further explored through the animated shows. Darth Maul killed Obi-Wan’s master. Maul defines the man Obi-Wan becomes as much as anyone.

This journey concludes poetically as it began. Darth Maul is unlikely to make an appearance in Obi-Wan Kenobi; however, he is not far from Obi-Wan’s mind. Fans can find the chief of their interactions in The Clone Wars season four: episode 22 and Star Wars: Rebels season three: episode 20. 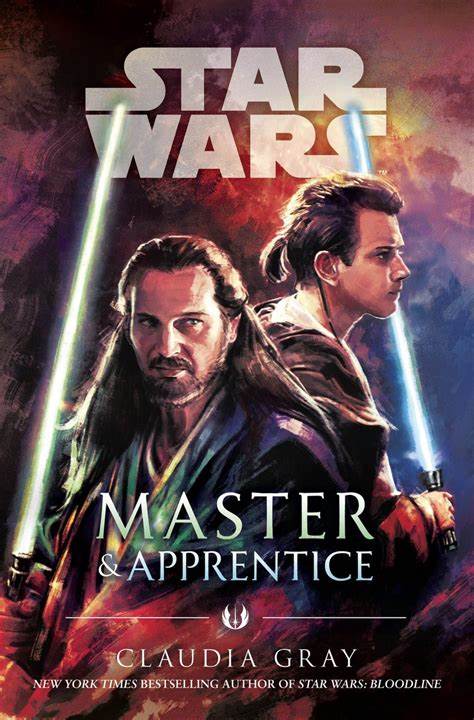 Jedi Master Qui-Gon Jinn barely shined in live-action. He was the master of Obi-Wan and helped shape his understanding of the force and the light side. Prior, Obi-Wan had an arguable nature. He was impulsive as a padawan and rarely got along with Qui-Gon in the beginning. Yet, trials and tribulations allowed the two to become closer. Qui-Gon lives on in the force.

There, he can offer counsel to Jedi in need, even Obi-Wan. Obi-Wan’s thoughts will surely drift to his master as he reflects on the failures of Anakin. Fans can read about the evolution between Qui-Gon and Obi-Wan in Star Wars: Master and Apprentice by Claudia Gray

Brothers in the Force

“You were my brother Anakin!” This iconic line from Revenge of the Sith had little context through the prequel trilogy. The camaraderie between Anakin and Obi-Wan can mostly be seen outside of the movies.

The Clone Wars do a great job of showcasing the playful nature between the two Jedi knights. Additionally, the show displays how much they rely on one another. They are established as equals at the start of the show. Fans curious about the evolution from Master and Padawan can find it explored in Star Wars: Brotherhood by Mike Chen. 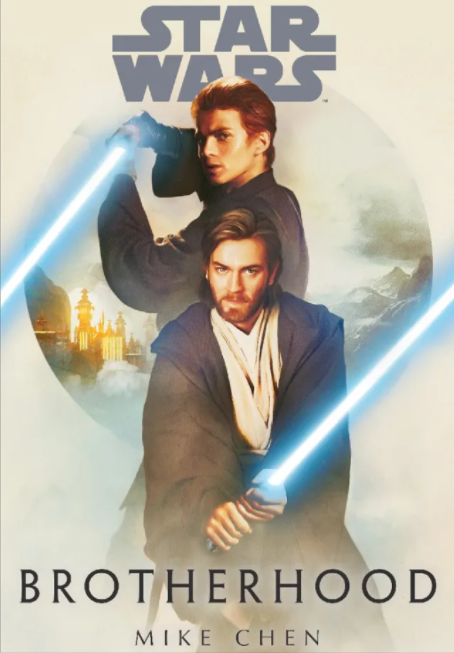 I compiled this list to include the most important milestones in Obi-Wan’s life. Many events have not been included and I implore you to explore the Star Wars universe if you have time.

On the other hand, Obi-Wan Kenobi releases soon along with many other new shows. Use this as a starting point and simply enjoy the ride whichever media you plan to consume. Which character are you excited to see in Obi-Wan Kenobi? Let us know in the comments down below! For all things Star Wars: bend the knee in the realm of Lords of Gaming. May the Force be with you.