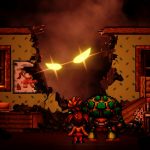 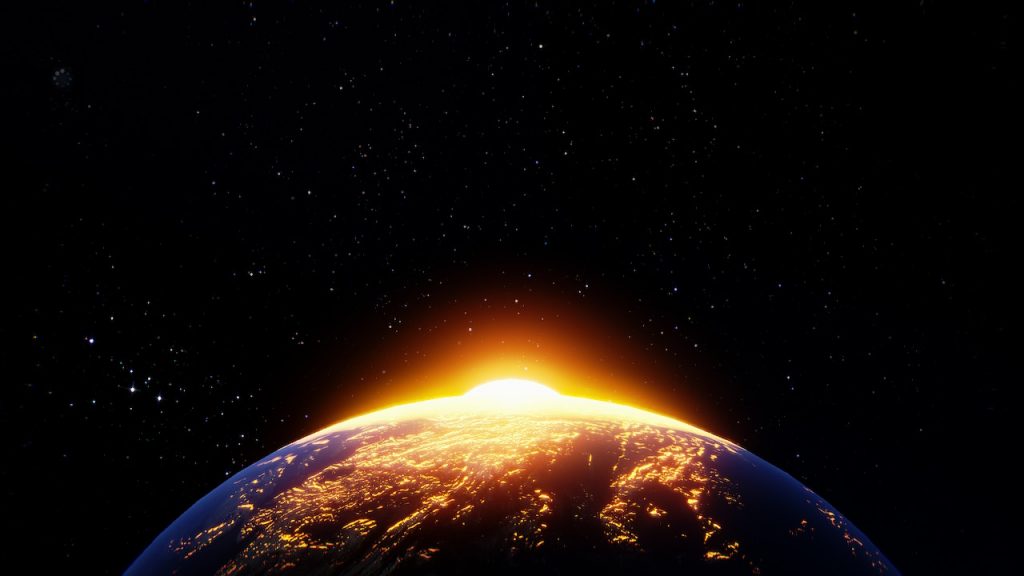 Live A Live is a turn-based JRPG developed by Square Enix. This game is a remake of the original bearing the same title from 1994. Not only was it remade in the stunning “2D-HD” art style, similar to Octopath Traveler, and Triangle Strategy. It also freed the game from being exclusive to the Super Famicom in Japan only. As someone who has only just played this remake, I can say that I really liked this game. But with some caveats to the overall experience, such as feeling stuck between a rock and a hard place.

A Trip Down Many Paths

Live A Live tells its story similar to an anthology. Where you go through eight different stories set in different time periods. All of them with new and interesting characters. Different lengths in run time as well as drastic differences in scope. You could be playing as a child in the Prehistoric era. Experiencing a lengthy story with no dialogue. Then move on to a western tale of a stoic cowboy having to save a town with a lot of fun characters. 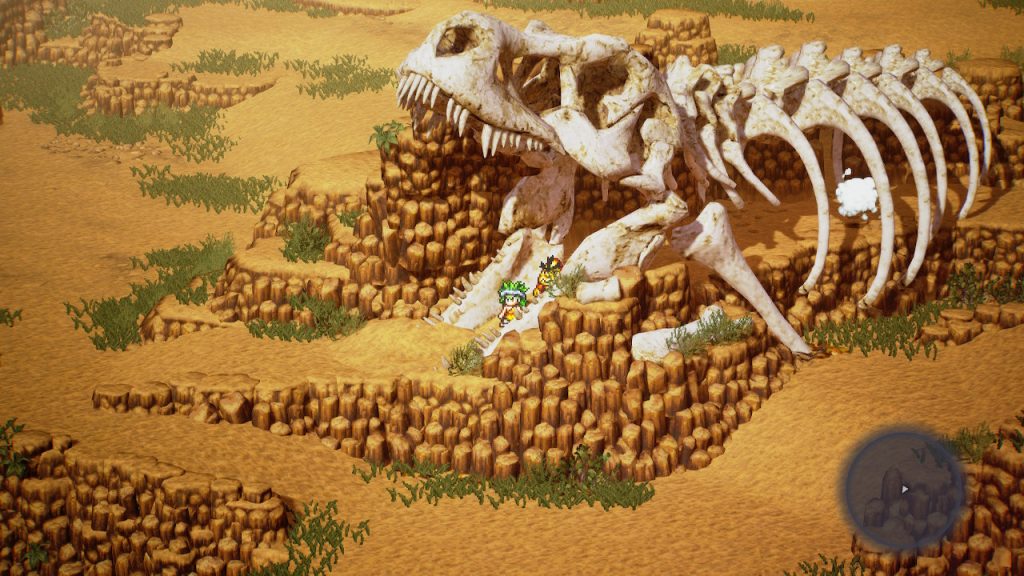 The difference between the two is that the Prehistoric story takes place across multiple different areas. While the western tale focuses on just that small town. Which allowed me to enjoy these stories knowing that each one was different from one another. With distinct writing and strong language in certain stories made them stand out to me. I enjoyed the “Near Future” story the most since it felt cool with its setting, enemies, and characters. As well as an epic finale to that story that left a lasting impression on me as I watched a powerless kid completely dominate those who wronged him. 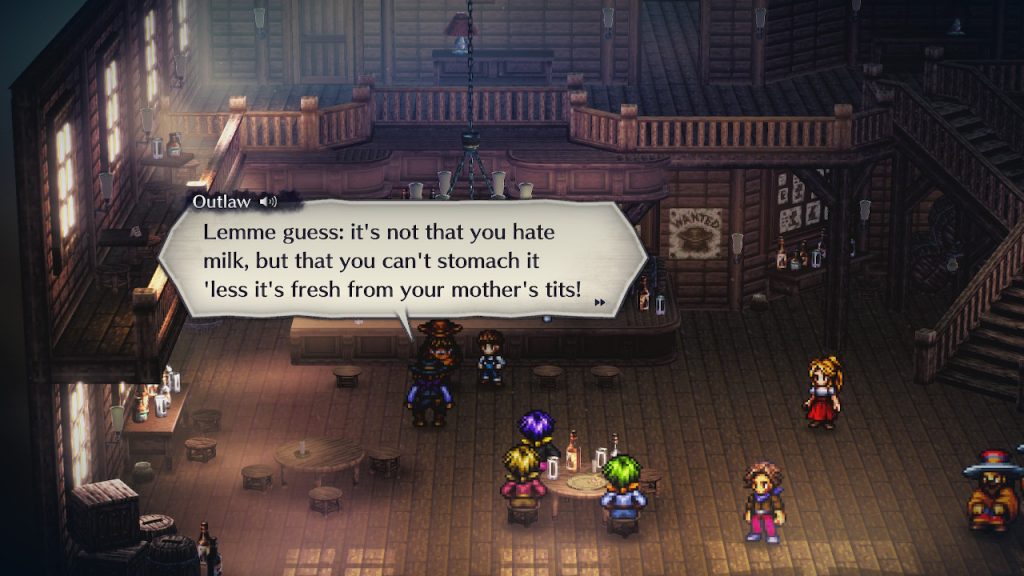 However, as you near the end of the game there are some problems with guidance. During the “Middle Ages” story there was one part I felt completely lost. The game’s radar did not show me where to go and I trekked to each location aside from the one I just left to find I needed to return there, despite that not being explained to me. This felt completely jarring since the game more than happily guided me in less crucial circumstances throughout the game.

The combat in Live A Live is interesting. It is a blend of real-time and turn-based combat. You play on a grid and can move around freely. When selecting attacks the game will tell you in which direction certain attacks go. Like the Shinobi’s shuriken being able to go in straight lines in up, down, left or right. While some attacks from the Shifu character in Imperial China’s story use diagonal directions instead.

It is necessary to move around and position yourself to ensure certain attacks can hit in the distance or direction they align with. However, every enemy does the same with equally devastating attacks. 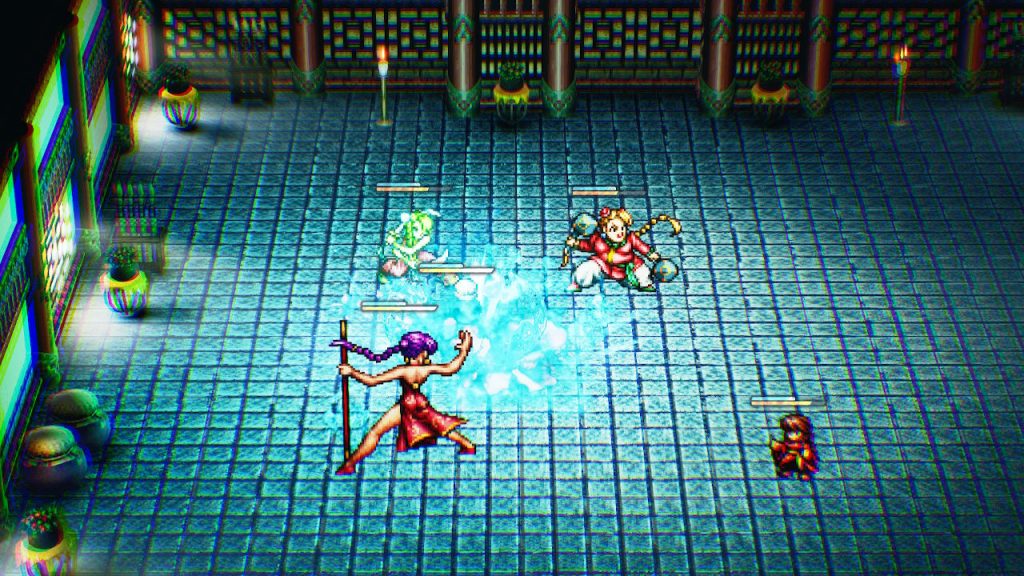 As you move around you also build up energy to use for your attacks. Each attack will always use the full bar under the health bar of the character. Some attacks will root you to the ground to charge up leaving you open to attacks. So I found a rhythm of moving around and using certain attacks often when I was in scenarios with just one character. While I had multiple characters I took more risks for the satisfying rewards.

It is a very tactical system that is very easy to learn, but a little difficult to explain. I never skipped a combat encounter and always enjoyed every normal enemy encounter. It felt great to learn every character’s distinct playstyle and moves.

The boss fights in Live A Live are on a very fascinating spectrum. They can either be:

Some bosses, such as the one in the “Edo Japan” story, are stationary, deal very low damage, and can be easily defeated on the first try. While the boss in the “Present Day” story and a few other stories can suddenly use moves that can instantly one-shot you. No doubt this is less than ideal when you can not balance healing for your characters properly between attacks. Bosses in games generally have moves like this. However, even in other turn-based games, such as Yakuza: Like a Dragon or Octopath Traveler, when bosses are about to use those moves, they give a warning to the player so they can prepare for it. The bosses in Live A Live do not. 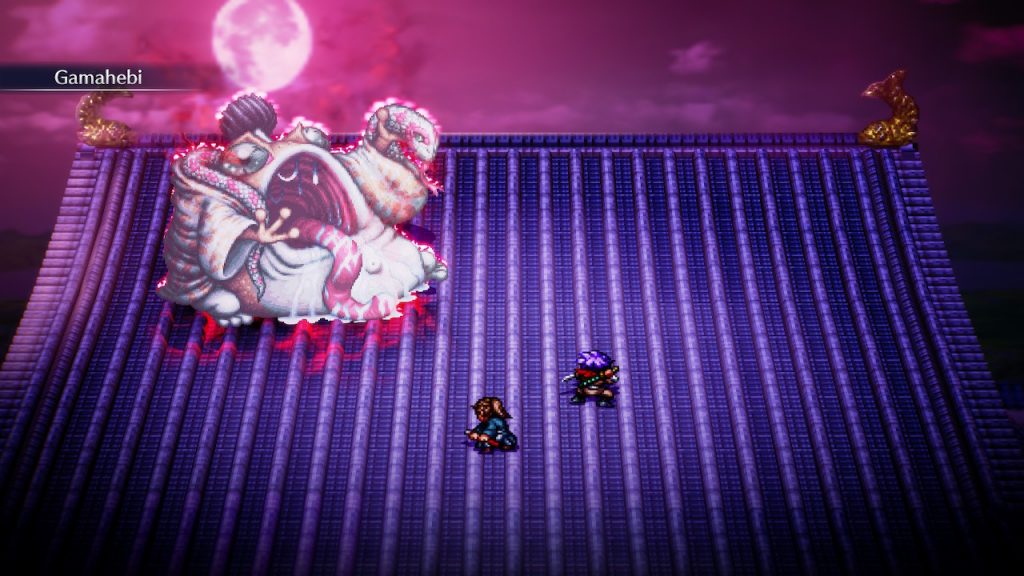 So you can take a few normal hits from one of these bosses, and if you do not recover health consistently, you can be knocked out very easily by an attack you would not expect. On top of that are a few scenarios where you can be actually stuck. In the Prehistoric story, there is an instance where you lose your companions that helped you overcome a boss. Then you are forced to fight that boss alone with no way to return to a previous save due to the game’s auto-save feature.

Similarly, an even worse scenario is for the final boss of the game to be too challenging if you rush into it. Then not being able to return as well since you get stuck in a different zone with a nearly unkillable boss that can one-shot any character. So if you do not manually save often in precise areas of this game with no warnings, you can be stuck. Scenarios like these almost completely ruined the game for me.

In similar games with the 2D-HD style, Such as Octopath Traveler and Triangle Strategy, the menus for those games were serviceable. They weren’t bad, nor were they good. In Live A Live, the menus have a certain impressive flair to them that just pops out every time I pressed pause. The fire around the edges of each icon as I select them, the characters in certain poses, and even the addition of the story-specific backgrounds made something simple into a treat. In an odd manner, I would often just stop and admire the work that went into it since it was easy to peruse with many helpful tips and refreshers to pick from. 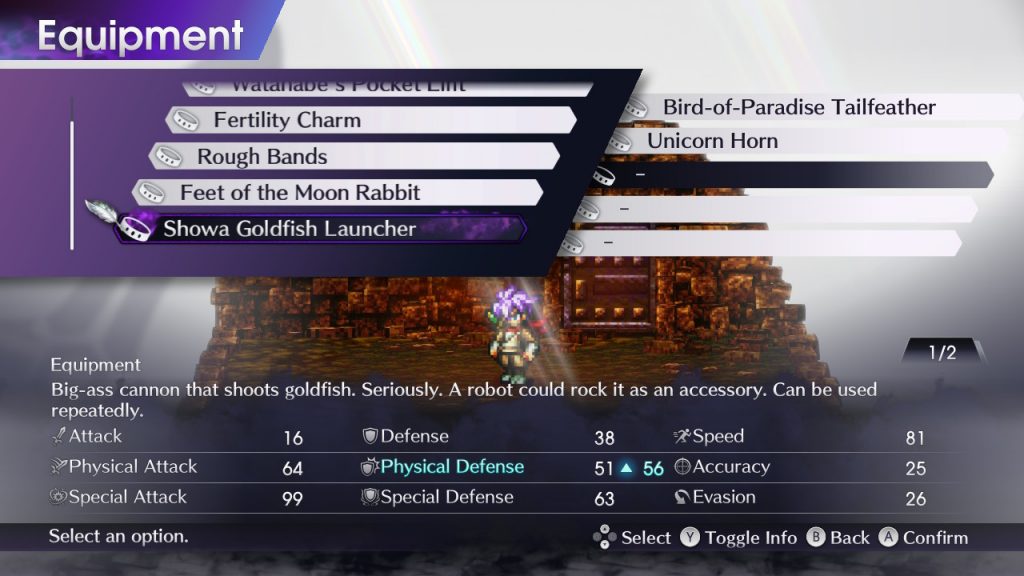 However, the same cannot be said for the customization in Live A Live. It is downright bland but serviceable. This system is static across all stories in the game with some nuances. In the Middle Ages, if you equipped a weapon in your shield slot. You would receive some stat bonuses instead of more attack damage. As well as in the Prehistoric Era, you can craft items using certain materials. But overall, every upgrade to equipment I found or crafted felt very unimpactful. It was very disappointing to not notice any improvements.

Live A Live is a very impressive game on the Nintendo Switch. Both docked, and handheld, there are no differences in visual quality or performance between the two from my experience. Both modes showed very clear image quality and a smooth framerate as well. I never noticed any stutters or framerate drops. Neither did I experience any crashes, glitches, or freezes of any kind. It was a squeaky clean experience in both modes. 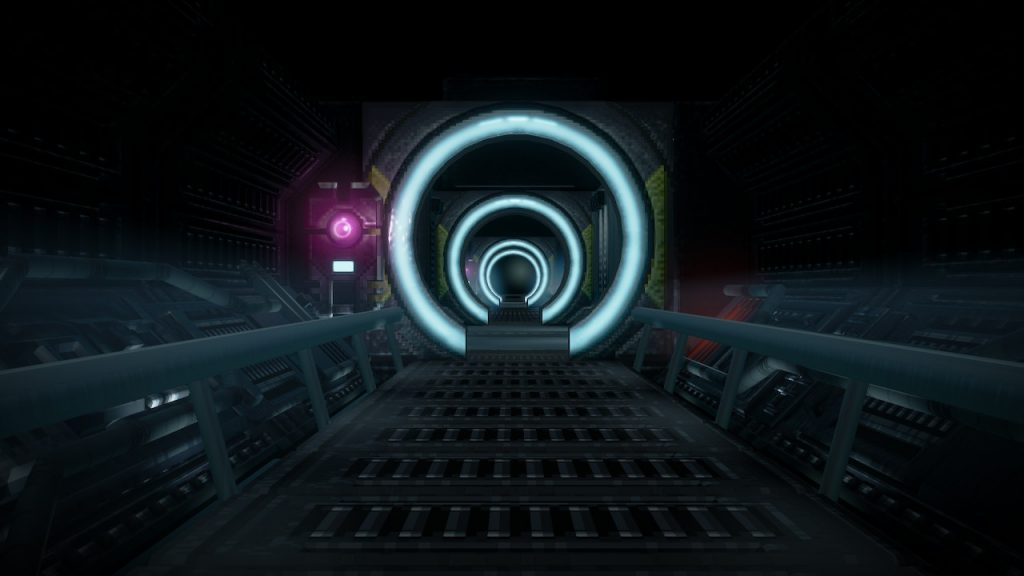 Each story had a distinct color palette and incredible art direction. This shined through the most in the Middle Ages story where the light pierced through the trees, the sound of the river next to me as I progressed. The large in scale castle felt expansive with a lot to explore to see what the next new interior would look like. This coupled with a few instances of grand visuals, like a snowy mountaintop and in other stories like Edo Japan, having me run along the rooftop to witness the overall fortress I was invading. Live A Live also boasts some surprise sweeping shots of some environments that caught me off guard. 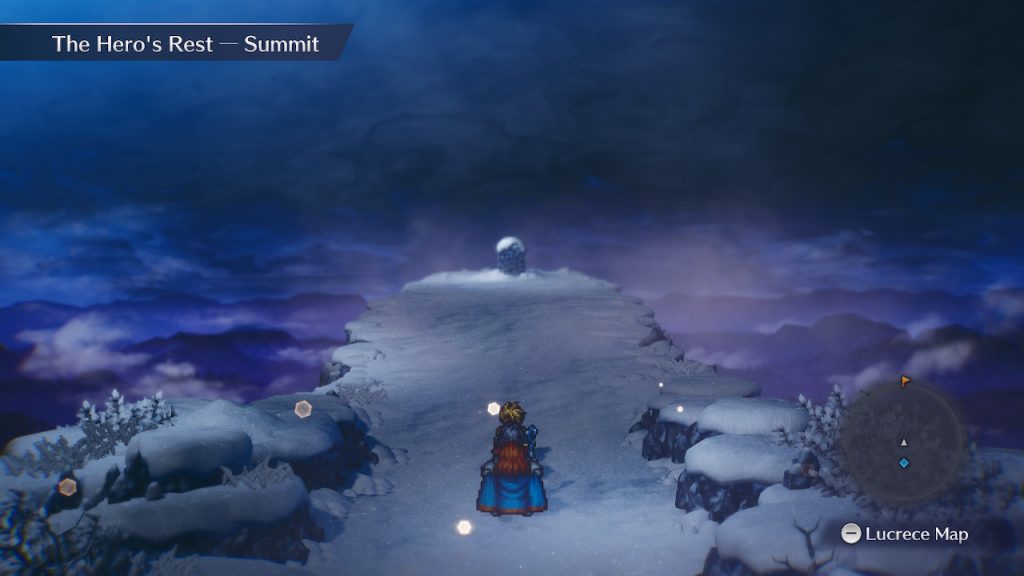 The cherry on top is its amazing soundtrack. The diverse sights and ambiance of each story are complimented well by each song backing it up. Each story battle theme song I did little head bops to and the final boss theme songs ranged from energetic vibes to dark and unnerving to match them. I could not get enough of the soundtrack. Luckily, the game has a Jukebox in its menus that let me enjoy them at any given moment.

Final Thoughts on Live A Live

Overall, I really enjoyed my playthrough of Live A Live. The concept of the game is brilliant. Over the course of 20 hours, experiencing its many stories in unique time periods with diverse color palettes was refreshing enough to keep me engaged. With characters and writing that I thoroughly enjoyed with a unique combat system that is easy to learn left a great impression.

However, the fact that the difficulty in this game can unexpectedly take a turn for the worse is still jarring to me. Since some encounters, you can not escape from. You can wander into a cave and not be able to progress. Wasting precious time and adding frustration to an otherwise enjoyable title. If there were “point of no return” warnings, this would not be an issue.

Alongside that, each story is more than happy to guide me, and then randomly stop guiding me was also discouraging to me. I do recommend Live A Live, but if you pick it up, the direction to not improve these certain instances could be off-putting to people with less patience than me. Even though the good definitely outweighs the bad.