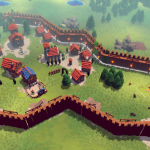 You are reading
Becastled: First Impressions Of a New RTS

Becastled is an RTS-tower defense hybrid that just entered Steam in Early Access. Becastled focuses on defending your castle and town against attackers. The premise is simple and easy to jump into, but the game is difficult to master.

As soon as you start up Becastled, you get a preview of the cute graphics and easy-to-navigate interface. It is easy to start up a match and get going in a few seconds. Prior to your first match, the helpful tutorial explains most of the necessary controls. However, not quite all of them, which is a bit puzzling.

While the interface is mostly intuitive, there are a few parts of it that can be difficult to figure out. For example, finding the tab to assign workers to buildings took a bit of looking around. Locating how many free workers you have also took some time. And, unfortunately, there is no easy way to track all of your offensive units.

The tutorial also introduces you to some of the resources in the game. If you are familiar with the RTS genre, you can easily figure out how to gather any that Becastled‘s tutorial does not touch on. For those unused to it though, it could be confusing. For instance, the tutorial never explained how to get Sunstones. These are an essential resource. You need Sunstones to build and maintain offensive units. Adding in a quick extra step to explain each resource would be helpful for newer players. 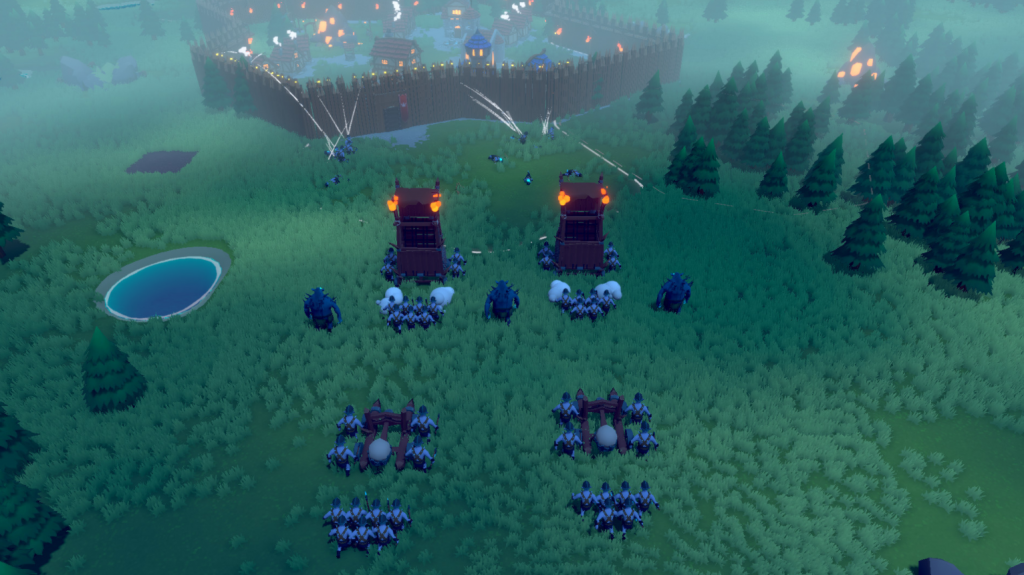 While the tutorial does have a few kinks to work out, it is functional. The charm of the game outweighs any small hiccups. The biggest question going forward is if there will be a story or not. The basic tower defense mode is fun, but it is simple enough to get tiresome. The tutorial seems to set up for a story, but we will have to wait and see.

Starting a match after playing the tutorial is easy. You choose from several options including difficulty, map type, how long the game will last, and resource amounts. In the beginning, Becastled starts off fairly easily. You get a few minutes to set up a rudimentary base and start gathering resources during a day phase. Then in the night phase, moon monsters come to fight. The first night there are only a few, about five. You start off with five swordsmen, which is more than enough to handle them. Setting up a fence or some other early defenses will just make it easier.

The second night is still pretty easy with a total of about nine basic enemies coming after you. Adding a few more defensive structures and two archers is more than enough to keep the enemies at bay. But after the second night, the difficulty ramps up. Instead of only fighting the basic moon monster enemy, you start facing some more heavily armored units as well. This is a good time to start filling out your ranks with melee units.

There are currently three melee units that you can buy from your barracks: swordsmen, knights, and spearmen. Swordsmen are a balanced unit that have a decent attack as well as health. Knights do a lot of damage, but they have low health. Spearmen do slightly less damage than knights and have less health, but are able to hit enemies from farther away.

While keeping your army stocked with a number of each type of melee fighter is important, it is not the most important thing to consider. At this point in Becastled‘s development, having enough archers and defense walls makes more of a difference. As long as you have a good number of archers and places for them to shoot from, few enemies will reach you. Whatever melee fighters you do have should be able to handle the rest. 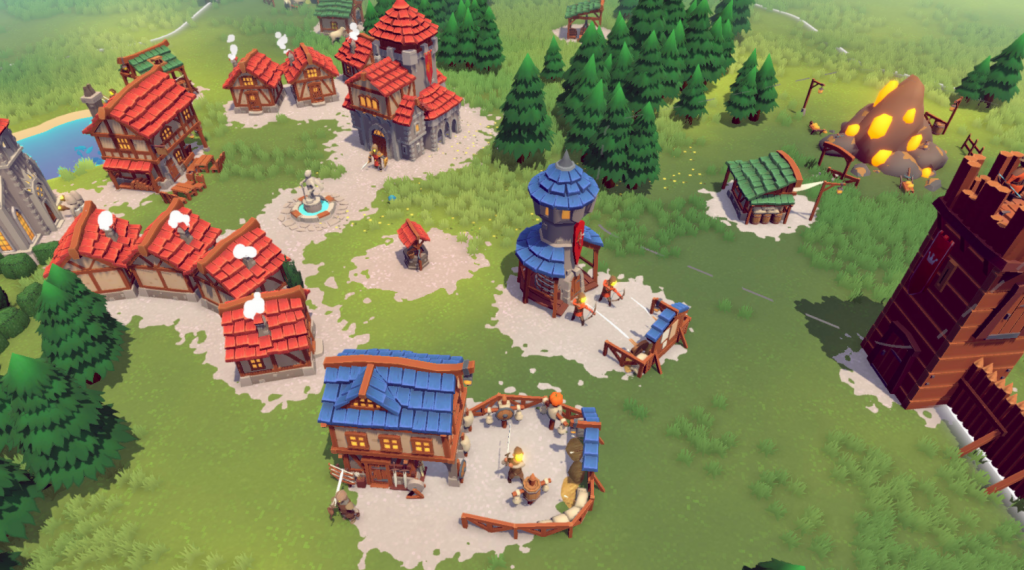 However, there is one thing that can stand in the way of fending off a wave of enemies, no matter how prepared you are. Pathing. The pathing is currently very buggy. It is not rare for several of your fighters to get stuck because of a small elevation change. While this does affect the enemy as well, it is more frustrating on the player’s end. Not only will your fighting units path badly, but your villagers will as well. Sometimes villagers will run through a group of enemies to try and reach their destination with no good reason to do so. This can end up with all of them dying. At the moment, the pathing is currently the biggest issue in the game. While you can still win a match, it becomes less about tactics and more about making sure too many units are not stuck around the map.

Overall, Becastled is a fun and cute game. There are some issues as is expected with a game in early access, but hopefully, they will be addressed. Whether or not the developers add a story or additional game modes will go a long way towards determining how replayable it is.

Have you tried Becastled? Let us know what you think in the comments.