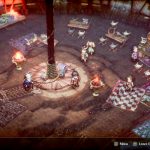 You are reading
A Proper Triangle Strategy Encampment Guide

The encampment in Triangle Strategy is your little getaway from the story happening in Norzelia. It hosts a “Sundry” shopkeeper, a merchant, a Blacksmith, and Bartender. But what do these four people do? Well, with this guide you’ll be able to understand how they’re properly used to help you in the story ahead.

Kudos to your Team in Triangle Strategy

In combat encounters, certain actions can earn you “kudos”, a currency specifically used at the sundry shop. He is the old man located to the left of the pole at the encampment. His shop offers an array of items. This includes lore entries, rare items like Silver, Leather, Medal of Bravery/Valor, and “Quietus” unlocks. These are all very costly but are used to enhance your characters for combat. 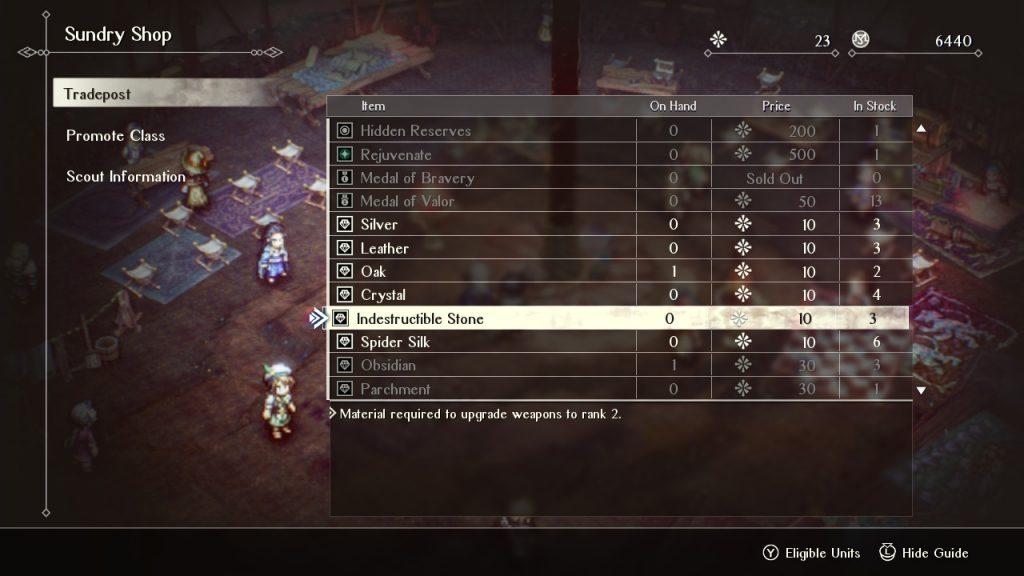 You start off with two Quietus points and can purchase up to three additional points from the sundry shop. As well as an array of useful combat tools. Such as being able to stop certain enemies from attacking for a turn, or reviving a teammate. But beware of the cost of each ability, as Quietus points do not regenerate between combat encounters.

Additionally, you can upgrade character classes using Medal of Bravery/Valor which can be bought here. However, there is one final function to this shop. In the new game+ mode you can view your convictions, which is used to unlock additional characters for the game. This can seem like a headache at first, but the game’s journey is a long one, so knowing what he can do for you is as vital as the other three.

The blacksmith, which is located at the bottom right of the pole is far simpler than the sundry shopkeeper. He has one static function, which is upgrading your character’s weapons. You will need rare materials like Silver and Leather as well common materials like Oak or Stone to upgrade weapons. These can also be found in combat but be wary as you upgrade your characters, each upgrade will cost more than the last. Which can be alleviated by the merchant. 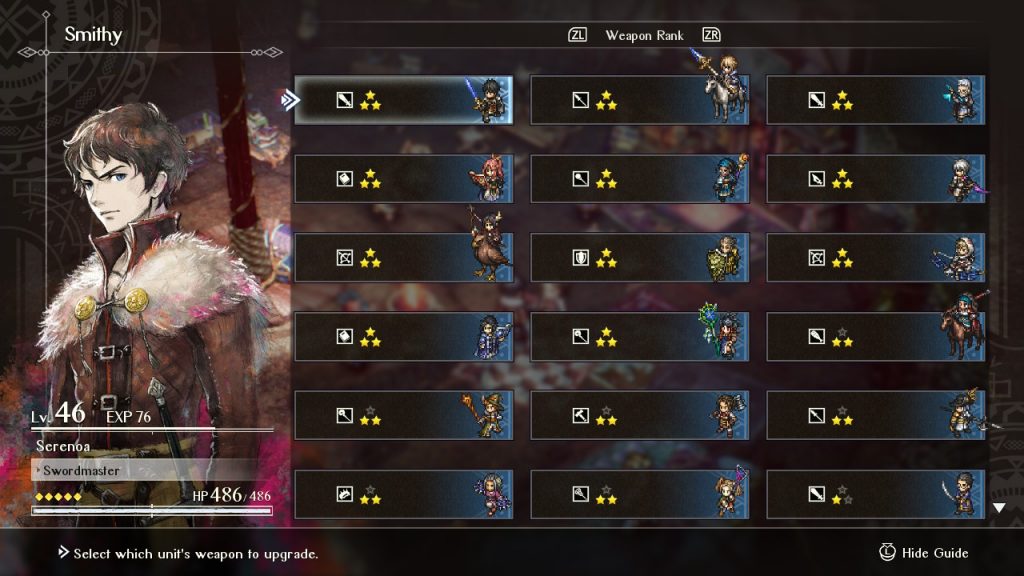 The merchant, who is located at the left of the pole sells a variety of items. Such as accessories to boost character health, defense or attack, healing items, and the aforementioned common materials. These items are limited and will cost you gold, the game’s standard currency which is also earned through combat encounters. Which the bartender can give you more of.

Low on kudos? Low on gold? Need more stones? Well, the bartender, who is located at the upper right of the pole can offer you “Mental Mock Battles” to fix your shortage. These are replayable combat encounters where you can farm gold, experience points, common materials, and kudos. Each battle is set to certain levels and has specific materials you can earn by claiming spoils in combat. 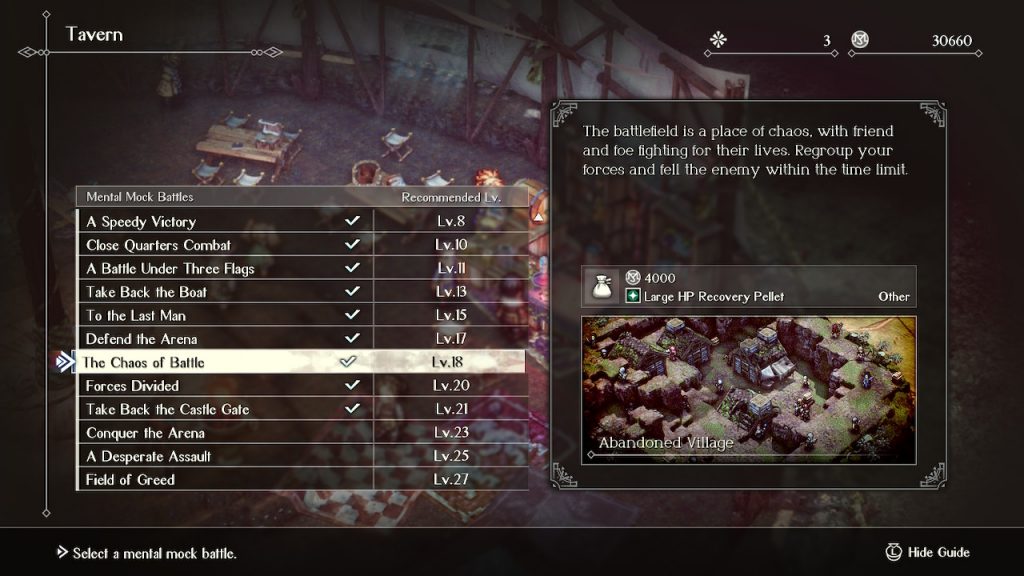 The encampment is a very important part of the game you should not ignore. If you’re stuck in a story combat scenario you can level up and upgrade by grinding in this area. As well as being able to learn more about the world of the game. I hope this helps you along in your journey because you’ll need all the help you can get.

If you’ve only just played the demo for Triangle Strategy and would like an in-depth review, you can read our site’s review here.