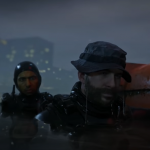 You are reading
Modern Warfare 2 Will Have Early Campaign Access

It is not uncommon in gaming that you get some form of a perk for pre-ordering a title before it launches. Whether it gives you some form of unique cosmetics or access to a closed beta. Incentivizing pre-orders can benefit both players and developers as long as what is being offered is worth spending the hard-earned cash on. It appears that Call Of Duty Modern Warfare 2 will be changing up how it delivers its content as preordering the upcoming FPS title comes with a massive perk this time around in regards to the campaign.

Digitally pre-order #ModernWarfare2 and play the #MWII campaign up to a week early beginning October 20th!

Will you be pre-ordering digitally? Or do you prefer to have a physical copy of the game? Let us know in the comments and don’t forget to check back for the latest gaming news and information.