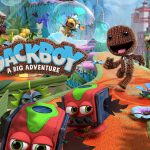 You are reading
Sackboy: A Big Adventure Coming Soon to PC

It looks like Sackboy: A Big Adventure is the latest Sony franchise slated to hit PC. It also happens to be coming sooner than you might expect.

A trailer from the official Sony Latin America YouTube channel confirms that Sackboy: A Big Adventure will be hitting the PC platform on October 27, 2022.

First revealed during the PS5 unveiling stream in June 2020, the game was well received here at Lords of Gaming and it should be another great port for PC players to enjoy.

Despite Sony’s recent PR challenges, nothing seems to stop the video game giant from releasing its beloved franchises on PC. It’s a great move to expose its most iconic franchises to new audiences on different platforms. But one thing is for sure is that Sony knows how to put together great trailers, and Sackboy is spared no expense.

Are you excited about Sackboy: A Big Adventure coming to PC? Will you try out the next features noted in the trailer? Sound off in the comment section below.