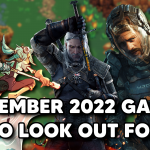 You are reading
December 2022 Games to Look Out For 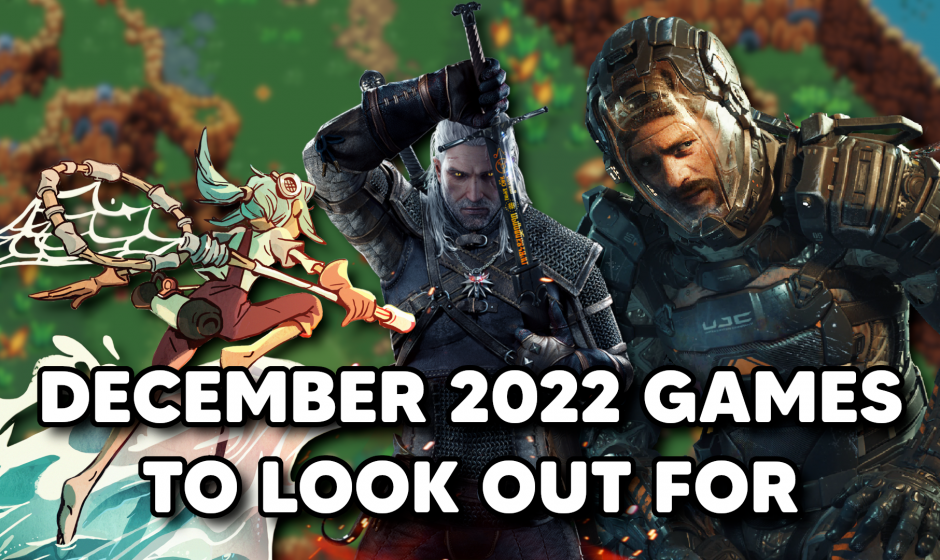 Looking for a list of December 2022 games? Well, we’ve got you covered!

Just when you thought 2022 couldn’t possibly have any more game releases, the month of December said, “Hold my beer.” So, make that call to grandma now to secure a check in your holiday card because your wallet will be hurting.

Let’s take a quick peek at all of the games releasing in December 2022!

What will get you into the holiday spirit more than a spiritual successor to Dead Space? You know, the game where you traipse about a desolate spaceship. Oh, and dismembering alien body parts in lieu of going for headshots?

All jokes aside, Striking Distance Studios has been working hard on their survival horror game, and it’s just on the horizon. The Callisto Protocol releases on December 2nd and is coming to PlayStation, Xbox, and PC.

You ever wonder what the studio that developed Civilization and XCOM were up to? Well, apparently Firaxis was securing the Marvel/Disney bag with a tactical role-playing game featuring myriad Marvel characters.

After being delayed, Marvel’s Midnight Suns launches on December 2nd on PlayStation, Xbox, Switch, and PC.

Does your inner Ricky Bobby wanna go fast? Well, buckle-up because Electronic Arts is bringing us another entry in the Need For Speed series.

Are you a glutton for punishment? Because there’s another survival horror game sneaking up on you. Also, because the first game didn’t review very well.

After a series of tests, Dynamic Pixel’s Hello Neighbor 2 is officially launching on December 6th and is coming to PlayStation, Xbox, and PC.

Have you not had enough turn-based strategy games for one year? Well, do I have some good news for you! Chained Ehoes is a “classic” 2D role-playing game with “swords, magic, and… mechs.”

Walk on water and discover the mysteries of an underwater city in Thunderful Games’ Wavetale!

After launching on Google Stadia (RIP), Wavetale is finally surfing over to consoles and PC on December 12th.

Are you a fan of Rick & Morty, Solar Opposites, and/or Trover Saves the Universe? Fantastic! Because Squanch Games developed a first-person shooter with a sense of humor. Here’s our take on why reviews didn’t matter with the success High on Life garnered.

High On Life launches December 13th on Xbox and PC.

The year is 2007 and you have your PSP in your pocket, blasting Crank That (Soulja Boy) through some SkullCandy headphones. You take a seat and fire up the prequel to 1997’s Final Fantasy VII, Crisis Core: Final Fantasy VII. Fast forward to 2022, and you’re tuning out the sounds of Mariah Carey’s Christmas covers with a remaster of that very same game!

After CD Projekt Red’s Cyberpunk 2077 come-back earlier this year, the studio decided to breathe new life into The Witcher 3: Wild Hunt with a free next-gen update. Now you can once again get 15 hours into this classic before getting distracted and having to start it over again a year later… but in 4K 60 frames-per-second!

The Witcher 3: Wild Hunt’s next-gen update releases (after a delay) on December 14th for PlayStation, Xbox, and PC. Additionally, last-gen consoles will receive improvements and Netflix-inspired content along with next-gen consoles.

What games are you looking forward to playing this month? Let us know in the comments below!