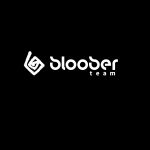 You are reading
Interview: Silent Hill and Layers of Fears Developer – Bloober Team

This fall we had the chance to interview Bloober Team as part of our Halloween content. The studio from Poland is known for its work on The Medium, The Blair Witch, and Observer. While the perfect content for that holiday, things evolved as they do and we had to delay. Then during our interview process, it was announced that Bloober Team would be remaking Silent Hill 2. Following that we were able to complete the interview with Kacper Michalski, the Head of Production at Bloober Team. That interview is transcribed below.

LOGNET: Earlier this year I met with a group from the Polish Ministry of Culture, we
talked about how Poland plans to make games one of the country’s top
exports. Has Bloober Team had any experience with them? Has there been a
game industry boom in Poland?

KM: Our country is getting very successful in the gaming industry. We have a large pool of
specialists, very skilled programmers, and many great globally recognized gaming studios.
The Polish government realizes how important this sector of the economy is. To put that in
action, the government holds educational programs at universities, regularly organizes
gaming events, jams, and hackathons, and provides financial support (grants and funds). Of
course, there is still a lot to do for the younger generation, and one of them is the need for
modernizing the teaching program in Polish schools. Introducing the newest technologies
into the learning process could do that and would benefit the future of the Polish gaming
industry.

LOGNET: About how many people are working at the studio now?

KM: Over 200. We have grown by “a little bit” over the past few years. We are now hiring
specialists from 13 countries and it makes me very happy because we have diversified
angles to exchange experiences and perspectives on various issues.

LOGNET: I see you are self-publishing Layers of Fears, between both developer and
publisher, how many games can the Bloober Team work on at once in various
stages? Has that evolved in the past year or two?

KM: We can manage 3-4 projects at once with the help of our external partners. We worked out
this model over time and it has allowed our in-house team to focus on other objectives.

LOGNET: Layers of Fears, is that a third game in the series? Are the stories tied
together?

KM: Layers of Fears is a new concept. It is a horror reimagined that combines the original series
(LoF 1 and LoF 2) with totally new content. In the latest trailer, shown during Gamescom,
the lighthouse has appeared – this is something new and players will find out how it binds
everything together.

LOGNET: The Medium has impressive visuals behind it, how do you plan to top that
with Layers of Fears now that you have had access to the new consoles for
some time? From a technical standpoint, what’s new?

KM: It’s no surprise that with every new project, we strive to outdo ourselves. We never settle
on just “good enough” – anything at any time can always be better and so it is for our
games as well! We try to fully exploit all the possibilities that UE5 is giving us. It’s a
game-changer in terms of the dynamic lighting system. It creates beautifully lit
environments and a dark gripping atmosphere. It’s important for immersive horror stories
like Layers of Fears.

LOGNET: What does Unreal 5 give the team that they did not have with The Medium?

LOGNET: Does the development team do anything to get themselves in a mood to
make horror games?

KM: Our team simply lives and breathes the horror genre. From slashers to every scary horror,
TV series, and games. We also draw a lot of inspiration from art, culture, social events,
cities, and psychology. Inspirations lie everywhere.

LOGNET: With Silent Hill who began the engagement? Konami, Bloober, or a 3rd party?

KM: Konami has got many proposals from different studios. We’ve been one of them. As you can
see we were very lucky and (as Konami mentioned) “very passionate” not only about the Silent
Hill franchise but also about the horror genre.

LOGNET: Does Silent Hill 2 have a release year?
KM: We can’t say that yet. We will reveal that at the proper time. 🙂

LOGNET: How would Bloober describe the deviations taken in Silent Hill 2? How much of the story is intact? How about gameplay
mechanics?

KM: The town of Silent Hill has been reworked using state-of-the-art technology, and all creatures
have been recreated with more eerie visuals. The creatures’ battle AI has also been enhanced
to keep gamers on their toes. In addition to visuals and sound, the story experience is a focal
point. We have delved into the emotional expression of every character, including the main
character James, while respecting the acclaimed scenario of the original story.

LOGNET: Why not the first Silent Hill game?

KM: Silent Hill 2 is one of the best psychological horror games of all time. We grew up on this title
and it is a massive source of inspiration for all of us in the studio. We absolutely love the story
from SH2. It’s an absolute timeless classic for many of the Bloober Team members.