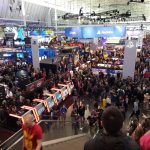 You are reading
The Joust: Is Gaming Media Biased?

I have been a gamer, since 1982. When Atari ruled and shortly after, the gaming industry collapsed. Only to be saved by Nintendo, and its Nintendo Entertainment System. I have witnessed the evolution of the industry and the gaming media. From print magazines to a 24/7 online news cycle. With the advent of online news, in gaming, I have seen a criticism levied against the media. More specifically, that the media is bias against one specific platform over another.

This begs the question, is the gaming media truly bias? A bias, which UN-fairly critiques, one platform versus another platform. If you are to believe a subset of the gaming community, a bias has existed against Microsoft’s Xbox One console and everything Xbox related since 2013.

If you have followed me on twitter or listened to my podcast, Basement Radio Arcade, you have heard me address this topic on several occasions. I am of the opinion that media bias does not exist.

Let’s ask ourselves, do gaming journalist get together and say, “Hey let’s think of ways we can screw over Xbox today”. No, not even remotely close. Let’s go back to last console gen and the botched launch of the PS3. If you were around last console generation, you probably remember that the Xbox 360 was the preferred platform of choice. Third-party games consistently ran better on the 360, as a result of how easy it was to develop for the 360 versus the PS3. The media hammered Sony for telling us to get a second job, or for telling developers, that they purposely made the PS3 difficult to develop for. It was not uncommon to read headlines like, “Six Reasons to Buy an Xbox 360 over a PS3” or “How the 360 Won the Console War”.

And if you think that clickbait is new, well you could not be further from the truth. Electronic Gaming Monthly, a defunct gaming magazine, ran this headline on the front cover of their December 2001 issue. “Xbox vs. GameCube, The verdict, don’t buy anything until you read our 34-page guide”. They also ran a cover article for their March 1990 issue titled “TurboGrafx 16 vs Genesis”. The latter is 29 years old! Does any of this seem familiar? 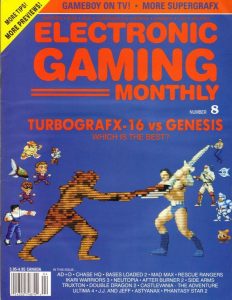 Sony, had a disastrous product launch, the same way, the Xbox One did in 2013. It was a fascinating fall from grace for Sony as it was for Xbox in 2013. Hence, the sort of media coverage we saw, then and now. If a pro-Sony, anti-Xbox media truly existed, you would have never seen Sony taken to task the last generation. And, you would not have seen the more recent praise of Microsoft’s Xbox One X and GamePass service.

Wait I know, you are going to bring up the resolution gate controversy. Proof that a media bias truly exists! And how the media focused on the resolution early in the generation but did not when the Xbox One X and PS4 Pro respectively launched. Historically, at launch, the focus is on hardware performance, as software is sparse. What was fascinating at the start of this console gen, was the higher price point of the Xbox One ($100 more) to the PS4. A system $100 more than its competitor, played 3rd party games at lower resolutions. And at times, the Xbox One played games at the same resolution as the Xbox 360 console. Given the timing and how early in the life cycle we were in 2013, it was only natural that this became a story. The media did not create a false narrative but reported on real-world performance. Fast forward today, you would be hard-pressed, to find many games that do not perform better on the Xbox One X, and yes the media has covered these games. Insert, Red Dead Redemption 2 here. A game that many in the media recommended being played on the Xbox One X. But hey, media bias, right?

Gaming reviews!! The proof above all else that media bias exists! This topic has come up, more often than not and recently with the reviews of Crackdown 3. I have listened to other YouTubers say, reviews are too opinion based, and that reviewers are not telling the truth. This topic at times leads to some saying, gaming journalism is dead. I cannot help but think that some gamers confuse news, with game reviews. Or gamers are unaware of the types of journalistic formats which exist. Reviews are only one subset of journalism, which exists. For example, we have investigative journalism, news, columns, and feature writing. Right or wrong, with the advent of the 24/7 news cycle, we probably see more columns and feature pieces than we do investigative or news stories. However, this is not unique to the gaming industry, as we see this in Sports, Entertainment, and Political News coverage. Unfortunately, the narrative which exists today is if the gaming media says something a reader perceives as negative, about their brand of choice, that its media bias. My opinion, we have entered an era of identity politics, within the gaming community. Gamers do not identify themselves as “Gamers” as I did 30 years ago. I see gamers identify themselves as Xbox guys or PS4 guys.

The irony of gaming media bias, in my opinion, is that it stems from the desire for the media, to confirm, and agree with personal biases. When a gaming website gives Halo, Master Chief Collection a 9.0, nobody complains or villanizes said website. However, when websites gave Crackdown 3, 5’s, 6’s, the media bias pitch forks returned with a vengeance. Somehow, these sites were lying to gamers, because how could a game, which some referred to as fun, review so low. Let us remember that gaming reviews are comprised of the reviewer’s opinion and facts. Fun, for example, is subjective and not a fact. As we each have our own definitions of what fun is. Facts in this game would be things such as framerate performance, repetitive gameplay, and load times. Often, I see gamers complain about a review of a game they enjoyed, that reviewed poorly and automatically attribute the review to bias. However, as in the case of Crackdown 3, it is not biased as much as it is a difference of opinion. If you enjoy a game, and a site did not, neither one of you is wrong. Reviews are not intended to be gospel, but are a point of reference, for a consumer potentially interested in a game. I’ll leave with these parting thoughts. If you do not care for someone’s writing style or coverage, look elsewhere, as plenty options exist. But let’s stop looking to media to confirm our own biases and get angry at them when they do not.

[See the other side of The Joust: A Decline In Gaming Journalism?]

Editors Note: Opinion pieces published on LordsofGaming.net are not reflective of our collective ideas or opinions at the website. Our team comes from a diverse background and believe in the inclusion of many ideas and opinions from many walks of life. Ideas and opinions published on the website are of those directly from the writer and his or her perspective. If you have any further questions please feel free to contact us directly.