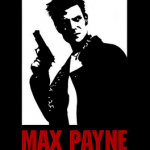 I remember first playing Max Payne when I was about 8 years old. I recall liking the fact that it was set in a seemingly endless winter and, most importantly, the shooting-dudes-in-the-head part. Obviously,  the things that the devs poured their lives and souls into – story, characters, the comic book panel presentation – flew right by me. My only goal was painting the walls with as much imaginary blood as possible.

However, as superficial as my first playthrough was, it left a mark on me. There was something about the game that I didn’t have the experience nor the vocabulary to articulate. As I booted it up for the first time in a decade, it hit me. It was the presentation and the noir aesthetic all along.

Max Payne was a game that not only approached mature themes in 2001, but it also did it with style. Said style, ironically enough, resulted from technical and financial constraints. Max Payne is probably the truest depiction of noir in video game form. Here’s my take.

The first and biggest giveaway to Max Payne’s noir influences is, of course, the references. Our jaded, depressed anti-hero seems to have a knack for referencing random noir media during his internal monologues. I find this particularly odd because, for one, that’s a really weird place to be doing that. I usually reserve my monologues for deciding between fettuccine or pappardelle for my carbonara sauce.

And two, for a man who lost his family to a bunch of raging junkies, Max quotes and references noir films with the giddiness of a junior film student. After ‘’playing it Bogart’’, Max drops this gem out of nowhere:

When the darkness fell, New York City became something else, any old Sinatra song notwithstanding. Bad things happened in the night, on the streets of that other city. Noir York City.

It’s as if Max Payne knows on some meta-level that he’s either living the plot of a film noir, or he is the protagonist of a film noir. Max has already figured out he’s a video game character, so we can safely say he’s one step closer to figuring out his 42.

It’s a known fact that the game’s graphic novel presentation was a happy accident born out of technical and budgetary constraints. Remedy knew that including low-quality cutscenes will break immersion. Frankly, it’s a miracle Max Payne’s constipated face didn’t achieve that single-handedly. Instead, Remedy called for volunteers from the studio. They dressed them up as New York cops and mobsters, took a few photos, and arranged them in neat, discolored panels. Just like that, what was initially a compromise meant to save time and money became the defining aspect of the game.

While the multitude of references to works of media and the story overall certainly contribute to the film noir feel of the game, I have to say that the comic book panel-style presentation does most of the grunt work in this respect. Let me give you an example: 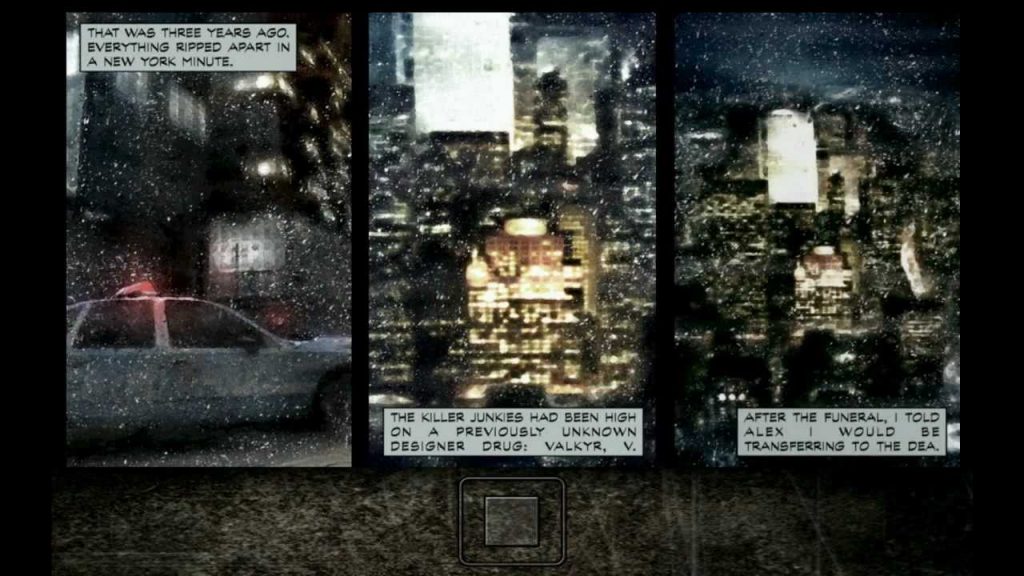 While these could very well be ripped straight out of any b-level cop movie from the ’90s, the panel in question does a great job of setting the tone of the story and conveying the spirit of the game in just three images. The washed-out colors, the blurred backgrounds, the ghostly police car and the high-rise buildings towering over the city. They capture the essence of what is essentially a crapsack world marked by violence and despair.

Here’s another example of the game’s brilliant use of comic-book panels to immerse players in the gritty world of Max Payne: 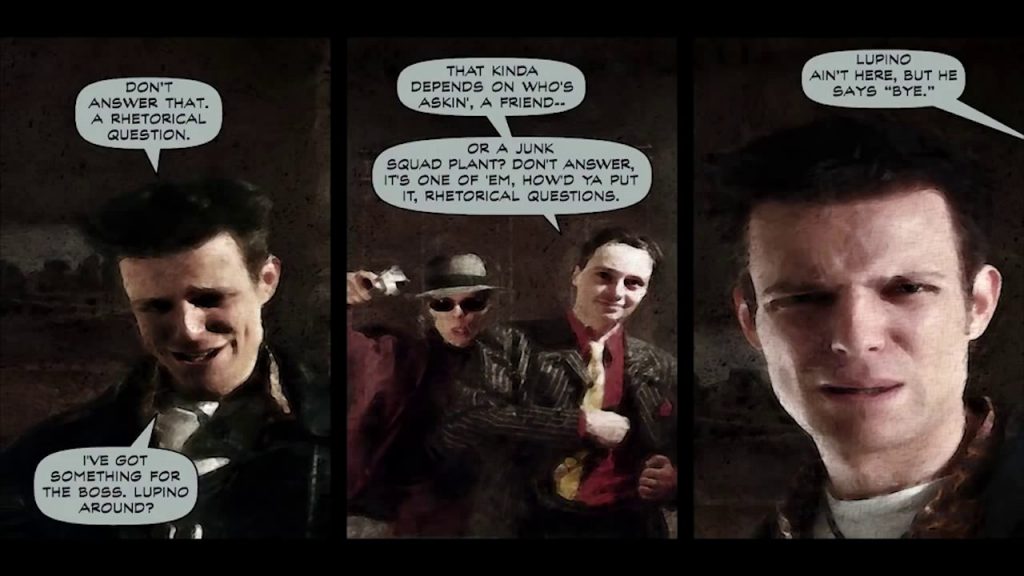 Hah, just kidding. Those have to be the most ridiculous-looking mobsters I’ve ever seen. Max’s goofy face doesn’t help much either.

Also, I’d like to give a shout-out to Kärtsy Hatakka, who composed the game’s soundtrack. That gloomy, melancholic theme song will haunt me for life.

Similar to how Fahrenheit’s plot (sorry for spoiling a 15-year-old-game, by the way) goes from your typical New York crime thriller to what I assume could be Joseph Konopka’s wet dream, Max Payne gets pretty crazy, pretty fast.  It starts out as your regular gritty cop drama. Max Payne, the detective who has nothing left to lose, transfers to the DEA and infiltrates New York’s mob families to discover the source of Valkyr.

This is a potent and dangerous drug that, coincidentally, the people who killed his family were under the influence of. He gets framed for the murder of his former partner and best friend. While the police are hunting for him, he goes on to systematically eradicate New York’s mafia families and gets thrown right at the center of a shadowy conspiracy involving cults and corrupt government officials.

That could very well be the plot of True Detective season 4. The premise has all the making of a noir story, and I’m not talking necessarily about the hardboiled detective shtick, rather its campy, overdramatic nature. Max Payne, who serves as the narrator of the story, delivers his lines with biting irony as if he’s fully aware of how ridiculous his situation is. And who can really blame him?

Let’s be honest here: characters are far from being the high-point of the game. In Max Payne, they usually fall into two broad categories – snarky, two-bit, cartoon-like gangsters who throw shade at Max Payne before being riddled with bullets, and sympathetic deuteragonists who help our hero in one way or another. With a few exceptions, like Vladimir Lem, who played a major role in the sequel, the characters are unidimensional at best. But when the characters are good, boy, they’re freaking good.

If I were to choose one that stands out, that would be Jack Lupino. If his name doesn’t ring any bells, Jack Lupino is the schizophrenic, Valkyr addicted underboss of the Punchinello crime family. He believed that he was a messenger from hell, and hung around his gothic nightclub which was called, wait for it, Ragna Rock.

Now, if you find the idea of a lunatic like Jack Lupino holding such a high-ranking position in a Mafia family ridiculous, that’s because it is. Though to be fair, as a mob-flick aficionado, I find the prospect of an Italian mobster not naming his club after one of the Rat Pack even more ludicrous than a schizophrenic running a multi-million dollar racket, but that’s just me.

The Fall of Max Payne

The second and third installments (yes, even the third) went on to refine and expand onto the series’ noir elements. Yet the first Max Payne is the truest and most faithful depiction of the genre in video game form. It’s got a sort of grit, a dirtiness and lack of polish to it that the sequels unfortunately lost. That’s not to say this game is perfect, but as far as noir is concerned, it gets very close.

I write articles about gaming for the enjoyment of strangers on the Internet. If there's something niche, I'll probably write a 2000-word piece about it. Lead editor at UnleashTheGamer; I sometimes tweet.