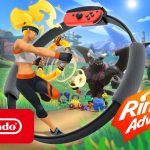 Ring Fit Adventure, Nintendo’s latest exercise game paired with a pilates ring and leg strap, is making my top five games of 2019. And no, I’m not joking. 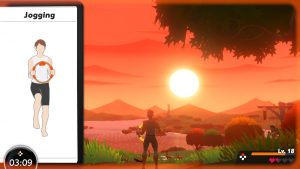 A new way to get that body moving

We’ve all seen Nintendo’s attempts to get gamers more active ever since Wii Sports was a thing. Then comes in the Wii Fit Plus complete with a balance board that was impressive, but forgettable. Not to mention the balance board itself was cumbersome and a bit heavy. Following in line comes Ring Fit Adventure (RFA), an active, full-body exercise disguised as a light-hearted turn-based RPG. Frankly, it’s genius.

For $80, gamers will get a Ring-Con, a leg band, and the game itself. Both the pilates ring and the leg strap have slots meant for the Switch’s joy-cons. Once you set everything up, the game asks the basic questions of age, weight, how much do you exercise, etc. This data then gets calculated to determine the difficulty of your workout sessions.

Now, I know what you’re thinking. This sounds like all of the other games we have seen before. However, what’s makes RFA so different is its impressive story mode set up as an RPG. In Ring Fit Adventure, you’re the chosen adventurer to wield a talking and magical pilates ring. Your goal is to defeat Dragaux, an insanely buffed dragon who is your typical Bowser-like bad guy. Adventure mode is said to have over 100 levels in more than 20 worlds, emphasizing its lengthy campaign. I’m currently on World 6 with a little less than four hours in, which is enough to get the basics of how the story mode works including its RPG mechanics.

[See More: Nintendo Download 11/7: eShop and Deals of the Week] 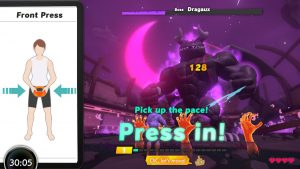 The light-RPG disguised as a robust exercise game

Nearly every level so far includes me physically jogging from point A to B pushing-in and pulling the Ring-Con to interact with the world, such as jumping over obstacles and opening doors. Eventually, you’ll come across enemies to fight, which is where RFA gets more unique as opposed to regular exercise games. RFA uses the turn-based battle system similar to older Final Fantasy games except your attacks are various exercises. These exercises greatly vary using all parts of your body: leg lifts, meditative yoga poses, bow pulls, planks, squats. More will be unlocked as you level up your character by defeating enemies, completing levels and fulfilling challenges throughout the campaign. 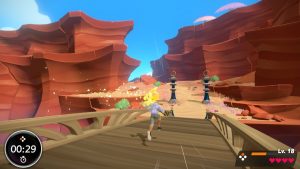 Along with an assortment of items to use and equipable workout gear that increases stats, Ring Fit Adventure brings a fresh and new take to the exercise game genre. All of this extra effort into its story mode not only gives the player purpose beyond getting physically active, but makes it way more fun than it needs to be.

Personally, I enjoy more at-home workouts, but I also like being able to move around. Ring Fit Adventure gets me sweating in every 15 – 30 minute session because of its gameplay loop similar to old-school JRPGs paired with real-life exercises. Once you think you’ve seen it all, the campaign throws in different mechanics to spice up levels and battles.

Pair the gameplay with a colorful visual art style, and you have yourself an enjoyable and lengthy story mode while building up some sweat. If the adventure mode isn’t your thing, Ring Fit Adventure includes quick play mode, plentiful minigames using the Ring-Con, and even pre-set and custom playlists for specified workouts. The game does come complete with specific records of your workout sessions and will even suggest raising or lowering the difficulty to better match your exercise style. 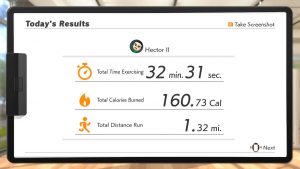 In addition, you won’t need to keep your workout session indoors thanks to the Switch’s portability. If it wasn’t already obvious, I’m stupidly impressed with Ring Fit Adventure. With my current lifestyle, keeping my body active (and actually enjoy doing it) was always a constant concern. Now, I have a fun approach to getting a daily full-body workout and it only cost me $80.

Angels of the Zariman Review - A Wasted Homecoming