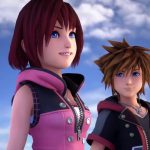 During PlayStation’s December State of Play, more information and a new trailer for Kingdom Hearts III’s DLC expansion Re Mind was revealed.

Fans got a special look at the upcoming DLC for Kingdom Hearts III in an action-packed trailer releasing on January 23, 2020.

Remind on Re Mind

Closing off the trailer is a complete list of what’s included in the DLC, its pricing, as well as everything coming in the game’s free update. 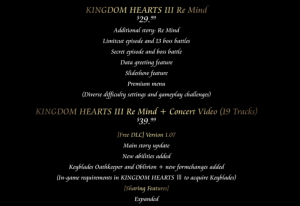 Players can purchase the $40 package that has everything listed above as well as the World of Tres – Orchestra concert video.

Update Version 1.07 is free DLC for all players and includes:

Pre-orders for Kingdom Hearts III Re Mind DLC starts on Tuesday, December 10. The expansion releases on PS4 on January 23, 2020.

As seen on today’s #StateofPlay, here is the latest #KingdomHearts III Re Mind DLC trailer!

The Re Mind DLC will be available on January 23 on #PS4 and on February 25 on #Xbox One.

Pre-orders start in just under an hour. pic.twitter.com/LYuLRS4h7Q

The Lord’s Word: While I was already excited for this expansion, I was more anticipating details on what we were getting. While it’s still unclear what the “Main story update” or “Data greeting feature” is, the DLC is giving what fans have wanted from the beginning. The Concert Video add-on is a nice touch for those that love the series’ iconic music, especially since it’s only $10 more.