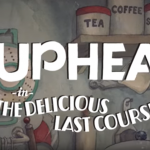 Hopefully, by now everyone knows or has heard of the game Cuphead. The incredible 2D run and gun platforming title created by Studio MDHR is getting a very interesting DLC expansion. This ode to early age animation is a treat to play, giving tribute to a 1930’s early Disney style of animation. This was a title that succeded after a potentially hazardous start to production. A lot was put on the line to create this game, and it is heartwarming to see that Cuphead continues to thrive. Almost two years ago we got a first look at the DLC for Cuphead. The title is “Cuphead in The Delicious Last Course” and features a brand new character named Ms. Chalice!

Recently there was an art book released by Dark Horse about the art of Cuphead. Interestingly enough, there is a very small section in the back that talks about the DLC of the game. It is not a huge amount of information, but it gives great background information about some of the characters, landscapes, ideas and more. If you are a fan of Cuphead and can’t wait to know a little bit more about what you can look forward to, look no further. All this information comes from “The Art of Cuphead” by Dark Horse and you should definitely snag the book.

Let’s talk a little bit about Ms. Chalice first. She is the protagonist of the story and one of the characters you can play. She comes along with some “New powers and variations on the core ability set”. This will give players familiar with the game something new and fresh to play while still feeling familiar. This also comes with the confirmation of a double jump, which you can see happening at the end of the announcement trailer. The second jump she spins into this rolling ball animation. With the first jump, her animation remains upright, so the developers “had to animate her entire jump cycle with her aiming in all possible directions”. This has lead to a large number of additional frames needed for her animation. Looks like Cuphead and Mugman have some competition!

Ms. Chalice is teased to have quite an interesting background. The motivation for her adventures are unclear but are certainly exciting to wonder about. The inspiration for her character draws from the classic Minnie Mouse from Disney, but still keeps the theme of Cuphead intact. Along with Ms. Chalice, there is another important character to know. Chef Saltbaker. Being the best chef in all the land, he acts as a guide to Ms. Chalice on her adventures in the Inkwell Isles.”The Elder Kettle is to Cuphead and Mugman as the jolly Chef Saltbake is to Ms. Chalice”.  He went through quite the design process before finally settling on the final product.

As for information on boss fights in the new Cuphead DLC, we still only know of two. These bosses are the ones we get a quick sneak peek of in the teaser trailer. A quick glimpse, and that’s it! They are both labeled in the book as “Untitled Mountain Boss” and “Untitled Snow Boss”. Though we know Studio MDHR will come up with some fun names for these characters. The locations for both seem fun and unique, but let’s talk a little bit about the bosses themselves.

The Mountain Boss. A giant so big that his head and his long beard is basically the whole arena! This character is also apparently hinted at during the Rugged Ridge level. The developers wanted to expand the “mythos of the Isles” and felt a mountain giant would be a great way to do that. They are a race of giants that are so old they have become calcified into stone, and slumber for so long they become the mountains you tread upon. Unfortunately, a community of gnomes has started making their homes on the mountains, and have disturbed their sleep by steadily mining rocks. I wouldn’t be happy if I had tiny people picking away at me all day either. This boss is an ode to Max Fleischer’s Betty Boop cartoon “The Old Man of the mountain”.

The Snow Boss. A monstrosity of living snow with a bucket for a hat, this snow boss looks like it will wreck your day! Taking queues from a few different older cartoons such as “Jack Frost” and “The Snowman” the developers wanted to explore a theme they haven’t used yet. Surprisingly enough they also looked at beasts from games like Darkstalkers and Umaro from Final Fantasy VI for personality. The arena was chosen for battle? An actual arena that looks to be of cultist fashion? That got kinda dark… The developers wanted the background environment to represent a roman coliseum, giving the Snowmans minions a sight for savage battles. 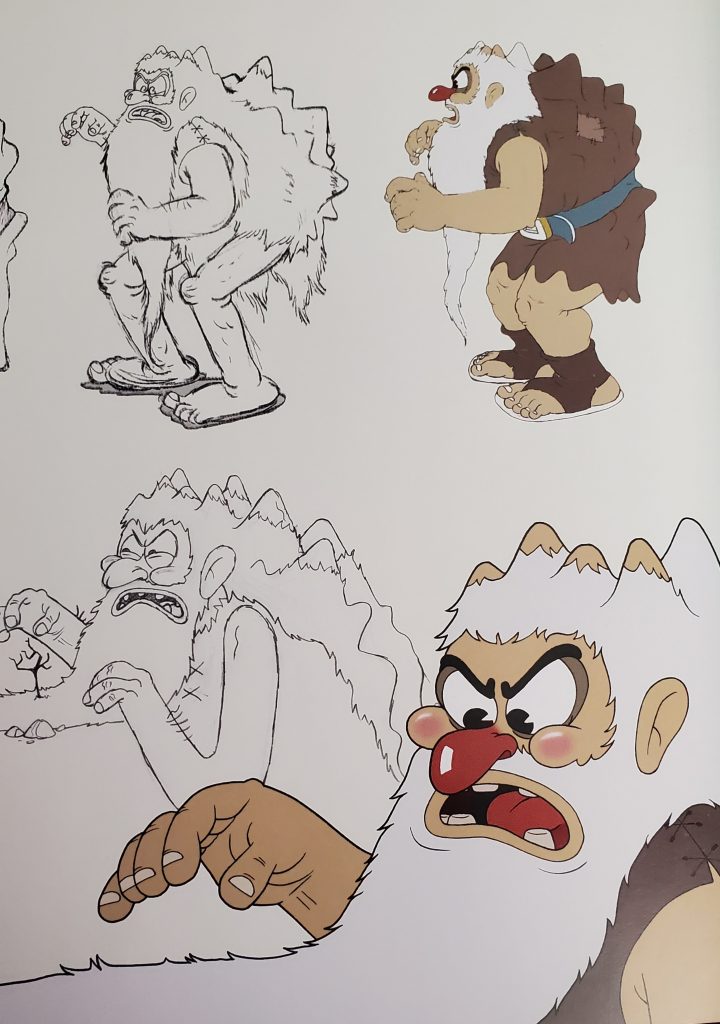 Let’s go over the information quickly and summarize what is coming to the Cuphead DLC. Ms. Chalice is the new protagonist, has a double jump and new moves. You will be exploring further into Inkwell Isle, and into the myths and legends that behold the land. There are two interesting bosses with colorful backgrounds that really bring a new direction to Cuphead. All of this information came from a small section in The Art of Cuphead, and if you are a fan of this game you should definitely pick it up. There are more details about the DLC in the book among other great insights into the design of the game. A lot of work goes into these books, and they are perfect for a gamer’s collection.

Amazon: The Art of Cuphead