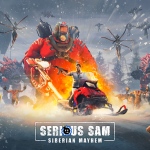 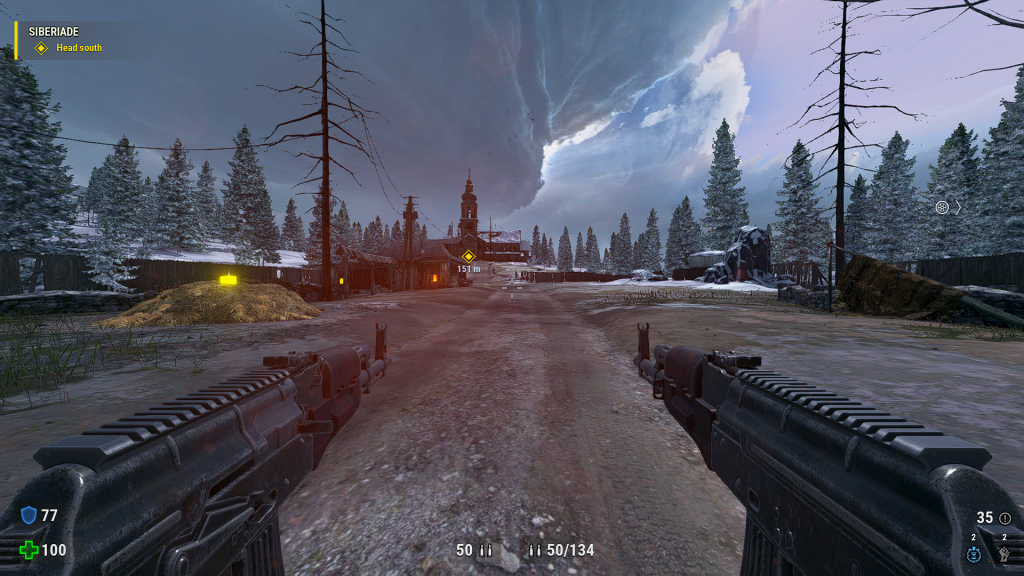 Serious Sam: Siberian Mayhem is a first-person shooter game created by Timelock Studio and Croteam. In this new dose of mayhem and guts ‘n gore galore, Sam Stone must track down the infamous General Brand. As you traverse the treacherous lands that stretch before you. You will encounter danger around every corner. But with a diverse arsenal of weapons and plenty of quippy one-liners, Sam is here to save Siberia in a fun and hectic adventure you won’t want to put down.

The story of Serious Sam: Siberian Mayhem is told in a very basic fashion. It is sadly used to only shuttle Sam from one level to another. He arrives on the shores of Russia using a snowmobile. From there he just fights wave after wave of enemies. Occasionally finding other characters that brief him on certain situations going on in each level.

These scenes do a great job of adding characters to care about. But for each scene, as well as hearing Sam himself suffer from very forgettable writing. Overall, Sam himself gives off a cool vibe throughout the experience. But his lines are quite forgettable. Outside of one scene at the end of the game, I’m struggling to remember any lines of dialogue. I can recall several audio logs detailing a very thorough doctor displeased with security measures. But I only recall Sam telling someone to “frick” off. Although the story and writing of Serious Sam aren’t great. The sights of the game will definitely keep you interested. 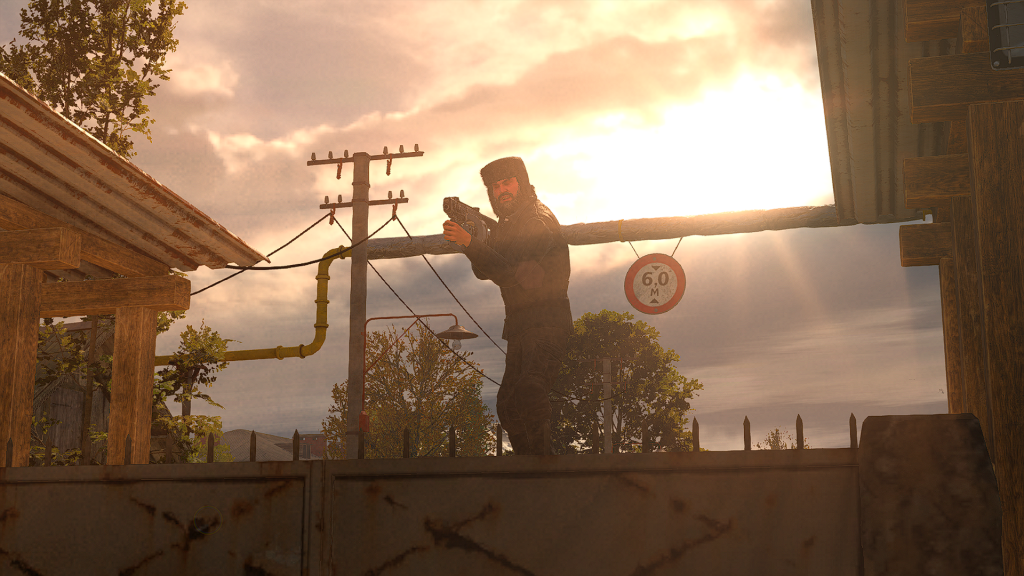 Serious Sam: Siberian Mayhem absolutely nails the scenery it’s going for. From the snowy landscapes to rolling green hills and complex facilities. The game never felt tedious to complete because of how uniquely built each level is. Some levels even reached into rural territories and gave off some horror vibes. Making the trek throughout the game enjoyable with frequent breaks to mow down hordes of enemies. And when i say enjoyable, I mean it.

Come for the story and varied landscapes, but stay for the near endless fights. Serious Sam: Siberian Mayhem is like every other entry in the series thus far. Where it is very inspired by the DOOM series. So, you’ll almost always be fighting massive hordes of diverse enemies. You have kamikazes, enemies with guns, flying baddies, raging bull-like creatures, and towering demons. It’s a joy to take down these hordes because of the sheer variety. Speaking of variety, there is an equally varied arsenal of weapons to take them down. 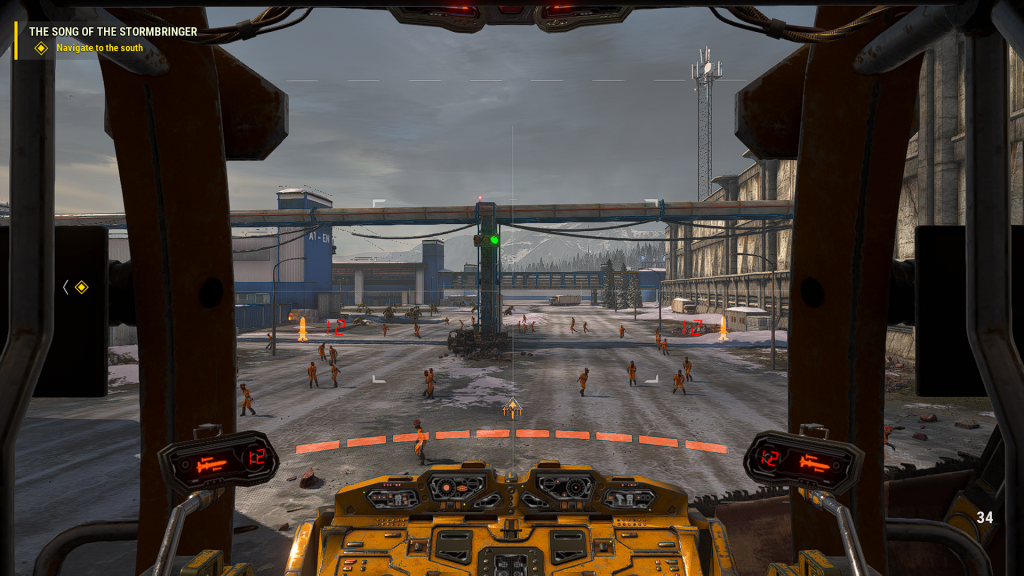 Serious Sam: Siberian Mayhem packs a crazy amount of weapons. From weak pistols to shotguns with grenade launchers attached, rocket launchers, heat rifles, and mini-guns, each weapon will always offer something to each encounter. However, it’s worth noting that each gun feels unique to use. Only a few feel satisfying, like the heat rifle being able to melt crowds or the auto rifle feeling nice and fluid. But weapons like pistols or shotguns feel stiff overall and don’t feel great to use at all.

But the variety overall doesn’t end here. As there are several bosses in the game where a few of them will be off the beaten path. They will always be unique encounters that you have to think about. Like a cabin with robotic chicken legs that recovers health consistently. Or a duo of ogres where one will always chase you while the other attacks from a distance.

While facing many hordes of enemies can sometimes be frustrating, all of this allows for a very fun experience that rewards exploring to find more enemies, skill points to upgrade your combat capabilities, and bosses to fight. You will especially be interested in the skill point system as you can acquire very meaningful upgrades. Like dual-wielding which might seem simple, but being able to hold two sawed-off shotguns to take down big enemies was a game-changer. Like the top-notch action, the game has a musical score that delivers. There are nice and soft arrangements in places where you just walk around. In contrast, the soundtrack picks up and transitions to hardcore rock songs while you’re fighting enemies and bosses. It’s an appropriate audio accompaniment that sets the mood right. However, not everything sets up the mood in a positive way.

A Near Flawless Presentation

While Serious Sam is very fun to play, it isn’t very fun to see the game not well optimized. My PC consists of a Ryzen 5 2400g CPU, RX 570 GPU, and an M.2 NVME SSD. Loading times between levels would only take about thirty seconds while I only averaged around 45 frames-per-second using AMDs FidelityFX. Your mileage may vary depending on your PC setup.

However, the game never crashed a single time nor froze. As well as never noticing any pop-in or texture issues. So dealing with regular framerate dips where I only noticed a maintained framerate while in very small spaces was my only problem.  Though there were some other annoying technical issues that I had to contend with during my time with the game. 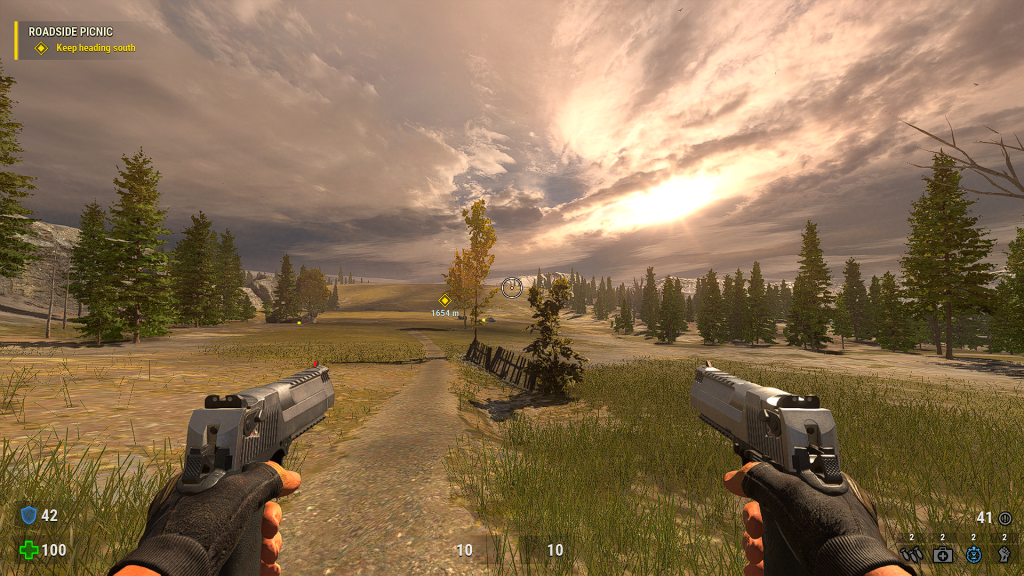 I did notice there wasn’t an option for subtitles in the very cluttered PC options menu. You could change just about anything including the reticle you use and adjust the aim assist. This feels more like bullet magnetism than it is to help keep your reticle on enemies. I would’ve much preferred seeing lines of dialogue on screen than curved lines of bullets when spraying the assault rifle at enemies.

Overall, the game is very fun to play. However, it is very short, clocking in at just about four hours if you’re playing on normal. I wish the writing was better, but they were able to make Sam look cool every time he was in a cutscene. The almost insane amount of enemy and weapon variety kept things fresh and enjoyable at each level. While exploration was equally enjoyable with so many side paths to take to help acquire upgrades for the journey and several bosses throughout. Classic FPS fans will find a lot to enjoy in this easily recommendable tour across Russia.

Serious Sam: Siberian Mayhem is available now on Steam for $19.99.