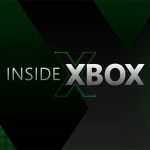 You are reading
Inside Xbox Roundup: The Third-Party Games Are Coming

Today’s Inside Xbox event has been over for some time. Plenty of players have had a chance to see some of the upcoming games that will be gracing the Xbox Series X and Xbox One. If you missed any of these game trailers, we have them all covered for you. Take a look at all the games as I give you guys links to our coverage of the event.

First off was the new racing game from Codemasters, Dirt 5. Players will be traveling to 10 global locations as they race on over 70 tracks. This is definitely a game worth checking out. This game is visually one of the best looking games presented. Bright Memory: Infinite shows off what the developers believe they can pull off. Scorn doesn’t give us much other than it looks like a fan love story to H.R. Giger. For those of you who don’t know who he is, he created the Xenomorphs in Alien.

These games that were shown off during today’s Inside Xbox aren’t your average RPG, shooter games that we always get. The third-party developers really showed off some creepy games such as The Medium and Vampire: The Masquerade-Bloodlines 2. Sega fans who look to get the new console will be happy to see Yakuza: Like a Dragon was announced as a launch title. The game will also be available for the Xbox One and Windows 10. Xbox Game Pass has two Yakuza games available to check out right now.

The Scarlet Nexus is a game that many Anime fans have been asking for on the Xbox family of consoles. A special trailer was shown for the upcoming Assassins Creed: Vahalla. Some of the other games that were shown off are included in a list below.

Upcoming Games from Inside Xbox

As you may have noticed, most of the videos featured didn’t actually include real gameplay footage from the Xbox Series X during the Inside Xbox Gameplay presentation. This has obviously caused some issues with fans. At this point in my life, I’m just going to enjoy the fact people can still make some amazing looking games. Personally, I could have enjoyed something a little better from EA Sports. The Madden 21 trailer is a disappointment.