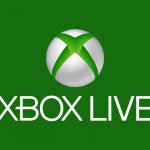 You are reading
Head of Xbox Live Announces His Departure

Xbox has certainly been doing some reshuffling when it comes to their higher-up roles within the company. With the departures of such notable people as Mike Ybarra, and Rod Fergusson heading to Blizzard. As well as the head of the backward compatibility program Bill Stillwell. Who departed the Xbox division to work with the Microsoft Hololens team. It is quite common for executives and teams leads to shifting job roles before the beginning of a new generation.

Today, Dan McCulloch who is the head of Xbox live announced that he will be departing Xbox. He has spent over 15 years at Xbox. In which he has worked many different roles including working as a Hololens Studio manager. While also spending time working with the Kinect integration for Forza Motorsport 4 on Xbox 360. McCulloch officially took over the job at the head of Xbox Live in 2017. There is no doubt that McCulloch is a massive talent. Due to his versatility across the industry field. While he currently has not announced his next opportunity. However, he teased in Tweet that people would not have to wait long to find out where he is setting up next.

After 15 years at XBOX, I announced today that I would be leaving. I made so many friends, learned so much and truly had a blast! I'm extremely excited about the next opportunity in my career and I will will be announcing that very soon, you all will be pumped! 😉 Thank you!!! pic.twitter.com/dcbhKCgn8f

We here Lords of Gaming wish Dan McCulloch the best in his future endeavors. We cannot wait to see what his next project or team will look like.

What do you think of this departure from the Xbox Live team? Let us know in the comments and don’t forget to check back for the latest gaming news and information.

You can check out the Iron Lords Podcast interview with McCulloch here.