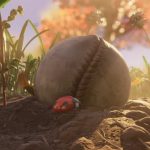 You are reading
Grounded Patch 0.3.1 Is Now Live

It has been a busy week for the Grounded team at Obsidian. Just last week the team released a big content update patch. It featured a ton of new crafting items as well as a handful of quality of life improvements. Now earlier today, the team released a new update with Grounded Patch 0.3.1. The update is focused primarily on bugs and technical issues that arose with the previous update.

From fixes for crashing when building to minor UI bugs. Here are the full patch notes for Grounded Patch 0.3.1.

Have you been playing with Grounded Patch 0.3.1? If not make sure, your PC and console is updated to the latest patch. Then go out and continue to explore the backyard.