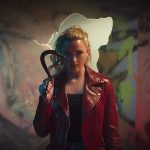 You are reading
Freaky Stays on for a Second Weekend

This past weekend the horror film Freaky was able to stay on top of the box office. Vanguard was unable to even break into the top five in its first weekend.

Freaky grossed an estimated $1.2 million this weekend. The movie now sits at $9.2 million worldwide, this is a win for Blumhouse during the pandemic. These horror movies have been consistently making money during the pandemic. If you want to see this movie at home, you will not have to wait long. Expect the Freaky to be out on Video on Demand seventeen days after its theatrical release. The Santa Clause was rereleased as well, it grossed $461,000 this weekend. For a movie that was released back in 1994. It originally grossed $189 million worldwide back when it first came out.

Things are starting to change for these movies. Warner Bros will be releasing Wonder Woman 1984 in theaters. They will also be releasing the movie through HBO Max at the same time. This will not cost any extra for viewers. The pandemic has started to change how we see movies and most studios are still clinging to the old idea of a theater. Sadly this way of thinking isn’t going to get us any of those movies we want to see any sooner.

Next week is Thanksgiving, usually during this time movies do exceptionally well. Given that The Croods: A New Age will be coming out with nothing to oppose it. Another movie that was supposed to be released on Dec. 18 has been pushed back. Coming 2 America will be coming to Amazon Prime, it will completely bypass a theatrical release due to COVID-19.