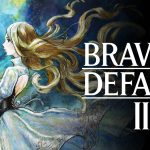 You are reading
Bravely Default 2: Everything You Need To Know

The Nintendo Switch’s next big exclusive Bravely Default 2 is releasing later this month. Here is everything you need to know before deciding whether to pick up the game or not. If you want to find out if it is worth the price of entry, stay tuned for our review.

What Is Bravely Default 2? 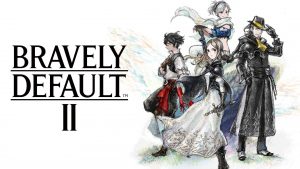 Bravely Default 2 is turn-based RPG developed by Claytechworks and published by Square Enix and Nintendo. Some fans of JRPGs consider the Bravely Default series to be a modern spiritual successor to classic Final Fantasy games. In Bravely Default 2, players control a party of four members who have the ability to interchange recognizable RPG jobs like Knight, White Mage, Monk, and so on.

What Makes It Stand Out

While a turn-based battle system is nothing new, the Bravely Default series puts its own creative and strategic spin on it. During battles, players can stack a character’s turns or save them with the Brave Point system. The mechanics do have a limit on how many turns you can use at once, however. Playable characters and enemies use the Brave Point System, so it is always a good idea to stay prepared. 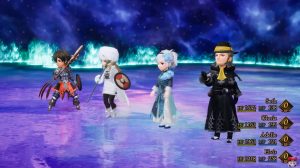 Do I Need To Play Bravely Default 1?

The short answer is no; Bravely Default 2 features an entirely new cast and story. In that respect, it is similar to its older cousin, Final Fantasy, in which numbered entries are considered separate experiences.

Despite the name, Bravely Default 2 is actually the fourth game in the series. Released on the Nintendo 3DS, Bravely Default was followed by its sequel Bravely Second. In 2017, Bravely Default: Fairy’s Effect launched on mobile as a free-to-play game. The game had a 3-year lifespan, officially ending service in 2020.

Bravely Default 2 releases Feb. 26 on Nintendo Switch. Will it come to other platforms? At this point, it is hard to say. The series has not been seen outside of a Nintendo console besides Fairy’s Effect. However, the developer’s most recent game, Octopath Traveler, did get a PC port. If the game is a timed-exclusive, count on a PC port being six months to a year away.

Lastly, A Free Demo is Available on the Nintendo eShop 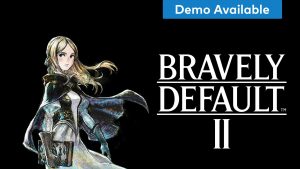