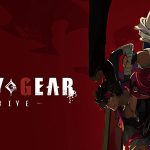 February 23 was the last day for players to try the upcoming fighting game Guilty Gear Strive. Guilty Gear is a 2D anime-style fighting game series known for its hard rock soundtrack and fast-paced fighting. After being extended, the open beta gave players a chance to battle it out online and practice characters in the offline training mode. Despite not having access to the other modes, the beta still left a sizable impression.

Arc System Works has implemented a system called “rollback netcode” for their online experience. This system is primarily used in fighting games. Rollback gives players as close to an offline experience as possible. It also is not limited to regions, like other online experiences. Players from the East Coast of the USA can match with players in Japan and still have a lag-free, wireless experience. 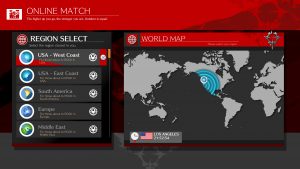 This culminates into a stellar play-session during matches. Online matches feel comparable to offline in Guilty Gear Strive. Coupled with fantastic characters, playing online has never felt better within the franchise. Inputs for character moves have almost no delay. This feels especially handy for half circle inputs for overdrives, roman canceling out of a command grab with Leo, or keeping up the rush-down pressure with Giovanna. The network experience often makes or breaks a fighting game’s longevity when it comes to its player base. This speaks volumes to the future of Guilty Gear. However, the beta still bared issues that need addressing.

Once a player makes their custom 8-bit avatar, they are given a tour of the lobby system. The lobby is split into two parts: a ranking system represented by a tower and a casual system where lobbies are called parks. Least to say, Guilty Gear Strive’s ranking system is non-traditional.

Players will fight a CPU to determine their initial rank, or in this case, floor-assignment. As your skill increases, you will rise up the tower’s ten floors. These reach capacity at an eleventh floor located in heaven. Lose too many, and the system will force you to a previous floor; however, one can freely challenge floors higher than your current skill. The game will not let you fight players of a lower floor rank. This system can be daunting for newcomers. I personally appreciate the straightforward process that Dragonball Fighterz achieved nicely.

In theory, the floor lobby is an interesting concept. I love getting to customize an avatar to represent yourself. However, issues arise when players spend more time in the lobby rather than fighting each other. In order to initiate a match, you hold down a button to bring out your avatar’s weapon. This signals nearby players you are looking to battle. Once a player interacts with you, the pair will be loaded into a match. At the results screen, there is only the action of returning to the lobby once again. Currently, a rematch option does not exist in Guilty Gear Strive, a glaring omission for a fighting game. Matches are traditionally held in sets, such as best three out of five, especially in a ranked scenario. 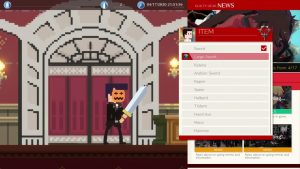 In theory, the floor lobby is an interesting concept. Issues arise when players spend more time in the lobby rather than fighting each other. In order to initiate a match, you hold down a button to bring out your avatar’s weapon. This signals nearby players you are looking to battle. Once a player interacts with you, the pair will be loaded into a match. At the results screen, there is only the action of returning to the lobby once again. Currently, a rematch option does not exist in Guilty Gear Strive, a glaring omission for a fighting game. Matches are traditionally held in sets, such as best three out of five, especially in a ranked scenario.

The current method to rematch in the lobby is anything but convenient. When the match ends, players must wait for their avatars to reset back to neutral. Again, the avatar must take out their weapon and wait for the other to interact. If this process was at least reliable, nothing short of menial time would be lost. Yet, this is sadly not the case. More often than not, your avatar will be randomly teleported to a different spot once you take out your weapon again.

This may be the game’s method of placing you close to new players. If you rank up from the match, the game will also forcibly kick you from the floor as you are now at a higher skill level. Some of these issues are resolved by matchmaking in the parks, as the ranking is absent there, unfortunately, the avatar teleporting and time staking process is still unavoidable. More often than not, I would finish a match and be eager to play the opponent again. I was learning how to fight different characters with Leo, so having more battles with a good Ramlethal or Axl (characters with superior range) is valuable. It is also good sportsmanship within the fighting game community. Sadly, this system seems to go out of its way to make that impossible. 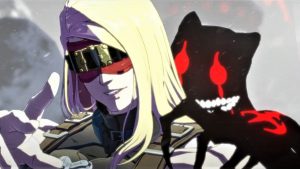 Players do have the option to ignore the lobby altogether. The game allows players to matchmake within training mode. The rematch option is still an issue, but this time you have even less say. Your avatar is still present despite being in training mode. The avatar simply remains idle with a weapon out within your designated floor. Any say you might have had previously, will be gone with this method.

The lobby system is here to stay. Arc System Works seems to have great faith in it. The floor system could also improve with traditional ranks to chase in the form of badges or titles; even additional floors added would benefit it, as it is not hard to suddenly find yourself on the upper floors of the tower. I found myself on the eighth floor after only a day’s worth of grinding.

Hope for the Future

Players can hopefully expect a rematch feature to be added once the game fully launches. There are other instances within a match that may need some balancing (a grab beating wake-up dragon punch.) As of the current build, many of a character’s moves seem to have a high recovery that probably should not. This results in players being harder to punish. I found most of the players to be heavily reliant on mashing through encounters because I could never find the acute timing of punishing moves that should be unsafe. There are also moves that have weird interactions with others.

As Leo, there were times I would get command grabbed through my spaced attack. Instead of the main character’s body being the hitbox, sometimes a grab would take Leo’s weapon as a hitbox extension instead of an attack. If this is actually an intentional interaction, it could take some time for players to adjust to the new feel of the game. These will assumingly be handled after all the feedback is analyzed. Arc System Works has a survey for the Guilty Gear Strive beta. Those who played and wish to submit feedback can do so here. Guilty Gear Strive will release on April 9 for PlayStation 4, PlayStation 5, and PC.

What are your thoughts on the beta? Let us know in the comments down below!