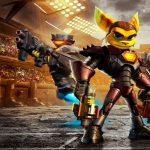 You are reading
Ranking the Top 5 Ratchet & Clank Games

In light of the eminent release of Ratchet & Clank Rift Apart, we’ve compiled a list of Insomniac’s best. Unlike Sly Cooper or Jak, Ratchet & Clank have managed to span across 4 generations of PlayStation. Since the mascot’s debut almost 2 decades ago, we have seen a total of 13 games. Naturally, having such a wide breath of entries will lead to varying degrees of quality. 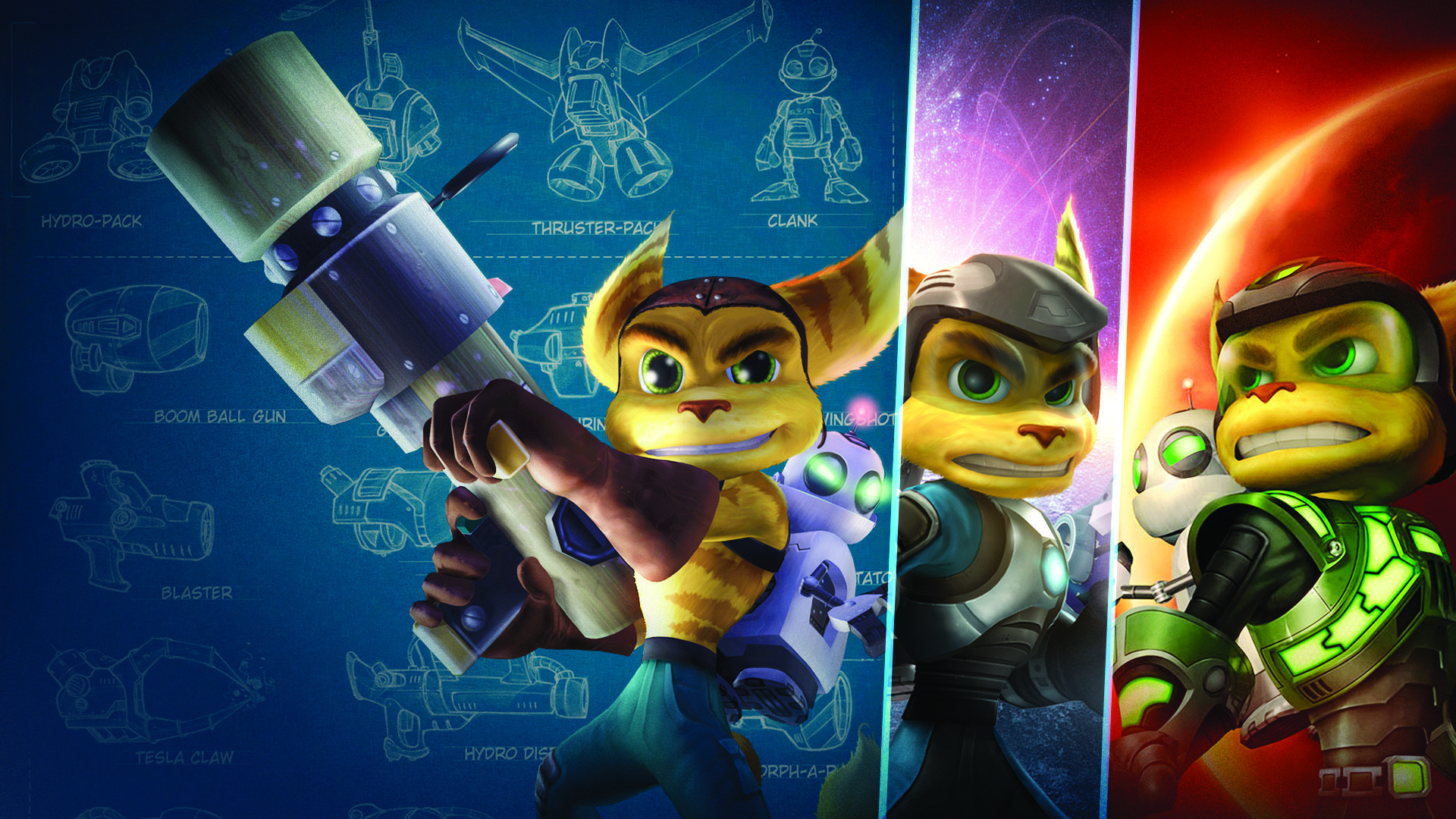 Without further ado, here’s my ranking of the top 5 Ratchet & Clank games! 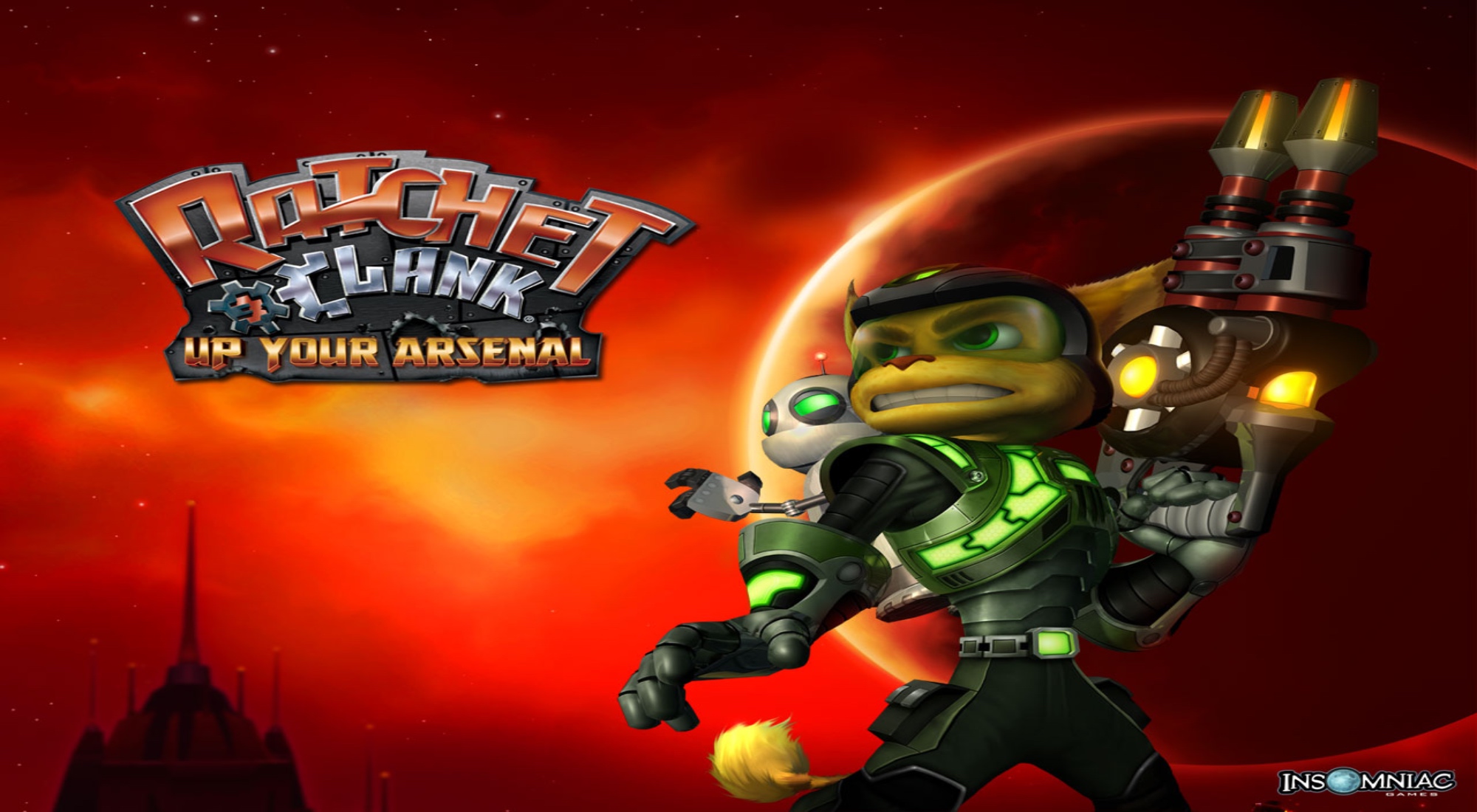 Full stop, this is the game that has made me laugh the most. Between the Qwark storyline, the Q Force, Nefarious’ introduction, there’s a lot to love here. Qwark is probably at his best here, having a legitimately decent redemption arc. Up Your Arsenal, also features peak Nefarious. Alongside his butler Lawerence, you have a duo that works beautifully together.

One of the biggest allures in the Ratchet & Clank series are the characters you meet along the way. This game undoubtedly has my favorite cast. Skid McMarx overcomes his fear of stepping out onto the field, for starters. Al returns and does his thing. The rangers are an endearing addition. Not to mention Skrunch and Qwark have some of the best interactions in the game. It’s a well-rounded cast who are genuinely funny while each manages to feel distinct. Clank is a full-fledged movie star and Ratchet has my favorite moment in the entire series.

Gameplay-wise, it’s the Ratchet & Clank formula you know and love. But this was really the title where they started inching away from the platforming roots. Levels are more linear than ever, while also feeling devoid of the life and detail found in prior games.

This is somewhat made up by the still rock-solid gameplay. Dare I say, this game has the most iconic selection of weapons. From the Disc Blade to the Plasma Whip and Rift Inducer, you have a lot to play around with. It is quite telling that a good amount of these are iterated on and reused in future games as well. 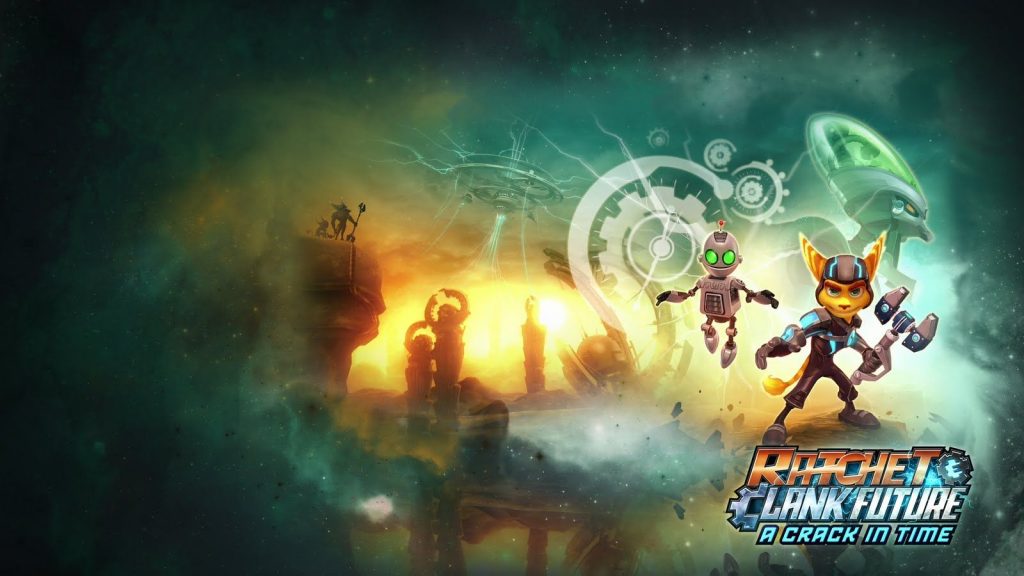 A more refined version of Tools of Destruction, A Crack in Time offers R&C’s gameplay at its peak. Ratchet & Clank have never been better and yes, notable improvements have been made to Clank’s sections to make this statement true.

Clank’s puzzles this time around permeate with creativity which makes them all the more rewarding to solve. His movement has been sped up, he’s more viable in combat encounters and platforming is an all-around joy with him. Ratchet’s hover boots also make movement a blast for platforming sections.

Before Rift Apart, I’d say this is R&C’s animation at its best. One of my biggest issues with 2016 was how idle characters were during conversations. A complete far cry from the original game, mind you. That isn’t the case here as the way characters move, Nefarious especially, are genuinely awe-inspiring.

A Crack in Time is widely regarded as the most cinematic and serious title yet. For some, this can be a bit off-putting as it’s a tonal shift from the original 4 games. The change began with Tools of Destruction with A Crack in Time doubling down on this shift. However, one plot thread I think all R&C fans don’t care for is the revelations of both Ratchet & Clank being chosen ones.

It is incredibly forced and goes against the setup of the first game of Ratchet just being this random dude who gets pulled into all of this. There was an allure to that which gets drastically flipped on its head 7 years later. It’s a strange choice.

Ratchet & Clank are at their most mature here, which gives us some fantastic moments between the two. To be frank, it is heartwarming to see how much these two have grown when the adventure is all said and done. 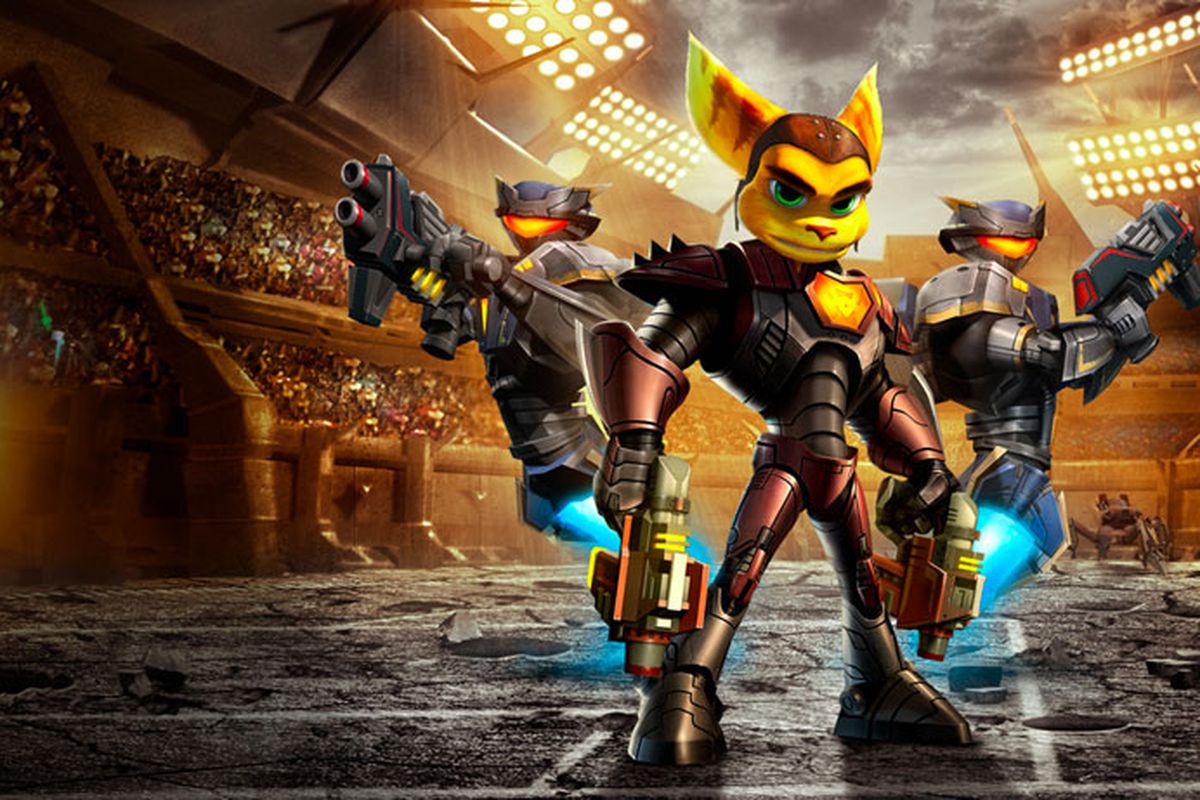 Although a far cry from the platforming roots of the first two games, Deadlocked commits to what it does confidently. Which overall created a more laser-focused experience in comparison to Up Your Arsenal.

See, what we have is arguably the most hectic and chaotic combat in the entire series furthered cemented by relentless enemies. The more combat-oriented gameplay may be a disappointment for some admittedly. But taken within the context of Ratchet & Clank’s kidnapping and being forced to participate in Dread Zone, creates a premise worth getting behind.

Ratchet’s arsenal is back and better than ever. Although reduced to just 10, Insomniac adds a new wrinkle in the form of mods. Freezing enemies or even turning enemies against each other and swapping mods between guns adds a bit of a strategic angle not previously seen.

Gameplay generally revolves around just shooting everything with somewhat bland arenas. But again, the context and the fast, frenetic gunplay of Deadlocked keep you engaged all the way through. Quite frankly it’s the most refined yet. Oh, Scorpion Flail and Dual Vipers are the two best weapons in the series, without a doubt.

Although Up Your Arsenal had great moments, Deadlocked returns to the classic satire of games past. With a heavy focus on self-obsessive executives, the pedestals we tend to place celebrities on as well as media outlets twisting words to fit their own agendas. It’s genuinely great stuff.

Lastly, shoutout to the soundtrack. Top to bottom, it’s probably my best in the entire series. It’s exactly the kind of adrenaline-fueling beats you would expect with hundreds of bullets coming at you. 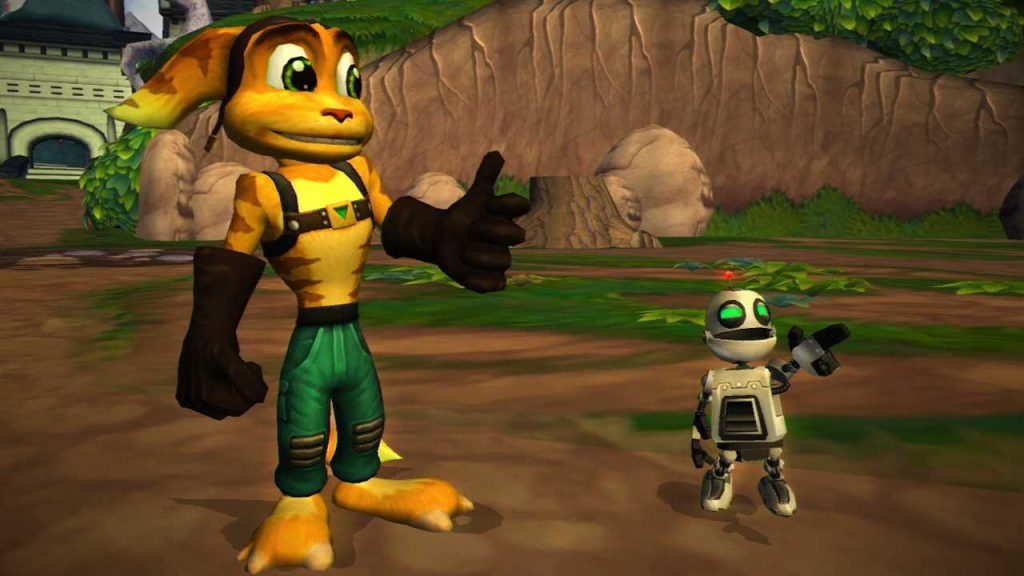 The one that started it all.

Probably the biggest knock against R&C is how the gameplay has aged. This title’s aiming and not having the ability to strafe really hinders an otherwise great game. Especially in comparison to its successors, which all made improvements to the original foundation. Aside from that, you can really tell Insomniac just went for it here.

There’s an abundance of ideas, all of which don’t always work but do manage to add variety to the moment-to-moment gameplay. From platforming, Clank puzzles, grind rails, ship combat, and hoverboard races, there’s a lot to sink your teeth into.

I think what’s most striking is how well both the voice acting and animations hold up. Similar to Jak & Daxter, each character is animated in a truly expressive way that allows for their own specific character quirks to shine.

What really elevates this game above the others, is its unmatched atmosphere and writing. When I look at Rift Apart‘s character interactions, this is the game I’ll use to judge it by. Conversations are organic and snappy, managing to avoid the feeling of needing to tell a joke every other moment like future entries.

Worlds feel incredibly lived in and the characters populating said worlds help add context and are just generally a delight to interact with. Worlds are also filled out with a stellar soundtrack coming just behind Deadlocked for me in my personal ranking.

Ratchet & Clank themselves start off on not the best of terms. Yet, they grow over the course of the game and come to a mutual understanding in realizing they need to stop Drex. This really laid out the foundation for the series’ satirical jabs at consumerism with Drek Industries sitting at the top of it all. 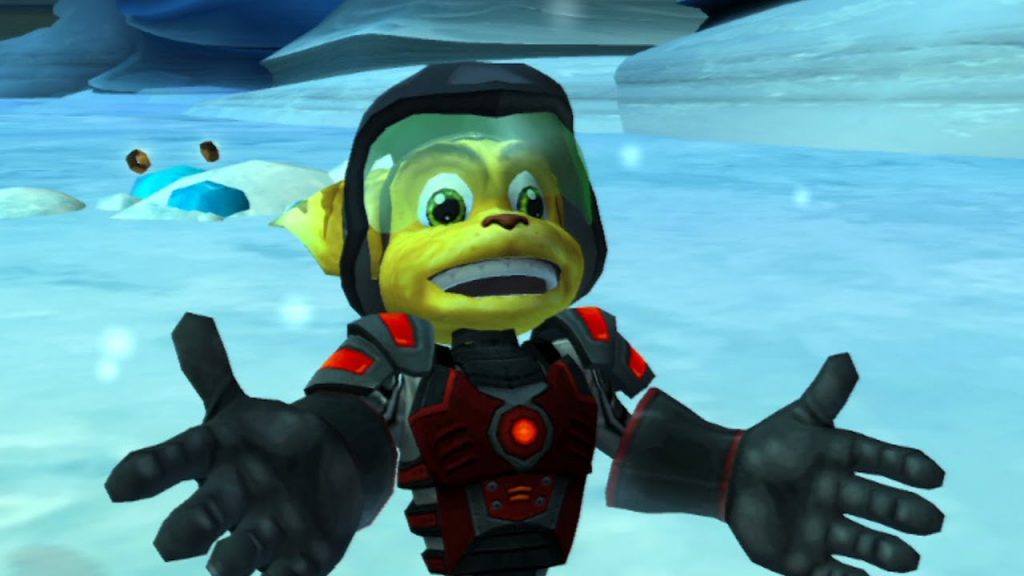 Previously, I had said Up Your Arsenal made me laugh the most in the series but, Going Commando is a close second.

Level design and the world carry the same attention to detail as the first. Together, they can add further context to the adventure itself. Unlike 2016 and some of the other titles, the levels are not mere backdrops for you to shoot stuff in. They are living spaces where more often than not, the characters you encounter or the spaces themselves can add further understanding or context to the universe Insomniac has created. All of which are aesthetically unique, a statement I can not say about Up Your Arsenal’s orange pallet.

Narratively, this is where the series really found its stride with its punchy scripts. Although the first game had its share of satirical jabs, the game favored a meaty drama with Ratchet & Clank at its core. This time, the former is much more the focus.

Insomniac takes the idea of a galaxy that feels beyond saving with its unapologetic, borderline unethical treatment of employees and consumers and absolutely runs with it. Although we are presented with an unsympathetic galaxy, it helps to have Ratchet, Clank, and various other characters meet this tone with deadpan humor. And it absolutely works, to the point where I truly miss it.

The roster of weapons includes a whopping 24 guns to play around with. Honestly, if it wasn’t for Up Your Arsenal, I would have this roster as my favorite. Strafing, a series staple, was adding much-needed energy into combat encounters.

Platforming received due attention but it also managed to intermingle with combat sections, oftentimes having you bounce between the two. Content-wise, we really see an expansion of the ideas of the first game. Gladiator arena’s, hoverbike races, spherical moons, and giant Clank segments all help to fill out your playtime with mostly meaningful activities.

So, there you have it! My ranking of the top 5 Ratchet & Clank games. Although they all have their pros and cons, each title is fantastic with Going Commando ranking as one of my favorite games ever. With Rift Apart finally here, I’ll be curious to see where it stands amongst these other giants.