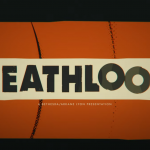 You are reading
Deathloop Gets 9 Minutes Of New Gameplay

Deathloop is the upcoming time-bending FPS game from the talented minds of Arkane Lyon. When the developers of such amazing franchises as Dishonored, and Prey (2017) are making a new IP, people pay attention. While unfortunately, the game was originally slated for release earlier this year. It suffered a delay to September of this year, due to the wave of COVID that struck Europe where Arkane Lyon is located.

Today, during PlayStation’s State of Play showcase over 9 minutes of gameplay of Deathloop was showcased. Giving us an in-depth look at the world through the eyes of Colt who is stuck in a deadly time-loop. Across the 9 minutes of gameplay, we get to see fast-paced gunplay that looks almost like Doom meets Dishonored in a 1970’s crossover. From a wide variety of weapons and powers at your disposal, as well as an interesting narrative story interwoven through different loops through time. After Arkane Lyon’s fantastic work on Prey, it’s hard to not be excited about Deathloop and what kind of world they are crafting for players to explore and ultimately slaughter through. You can check out the full 9-minute gameplay trailer below.

Deathloop will be coming to PlayStation 5 and PC on September 14th, 2021. Are you excited to play Deathloop? Let us know in the comments and don’t forget to check back for the latest gaming news and information.